How to bet on boxing 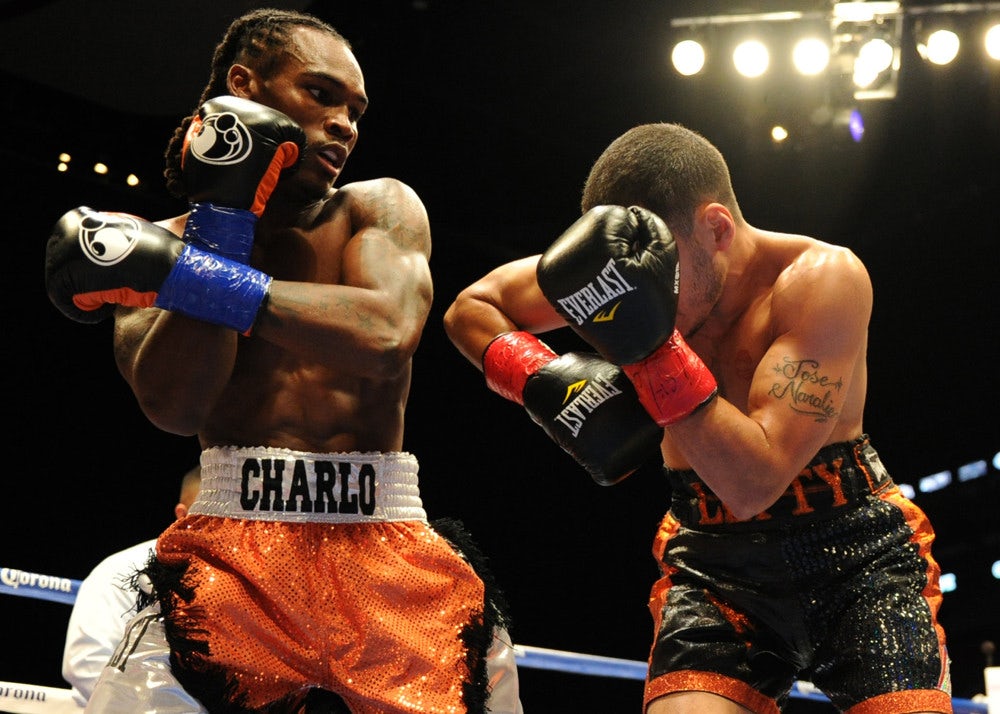 Few sports have a more enduring history than boxing. The sweet science, as it’s also known, emerged in Egypt around 3,000 B.C. and was one of the featured events at the Olympic Games in the seventh century B.C.

Those bloody bouts of yesteryear eventually gave way to more civilized competitions with the introduction of the Marquess of Queensberry Rules in 1867. The sport has since been dominated by bigger-than-life heavyweights, like Muhammad Ali and Mike Tyson, as well as lightning-fast lightweights like Roberto Duran and Floyd Mayweather Jr.

Learn how to bet on boxing with these expert tips.

How to read the odds

A typical betting board for boxing fights features the two competitors and their respective moneylines. If you’re not familiar with betting on boxing, or any combat sport, here’s a breakdown of how to read the odds board.

What are boxing odds?

Boxing is a moneyline sport, meaning that the most common bet is on the outright winner. The odds are based off of a fighter's chances of winning his or her bout. From the moneyline we can determine the favorite and the underdog, and can therefore make an inference on what to expect come fight night.

We’ll use the upcoming bout between Kal Yafai and Roman Gonzalez as an example for a moneyline bet. Each fighter has a plus or minus to designate the underdog and the favorite.

The “-” sign designates the favorite. In this case, Yafai is a narrow favorite at -175. The larger the number next to the minus sign, the higher the likelihood the favorite will win.

While betting on the favorite is safe, it yields a smaller reward. In the above example, you would need a wager of $175 to get a return of $100, should Yafai win.

The “+” sign designates the underdog. In Yafai and Gonzalez's fight, the latter is the underdog at +145. The larger the number next to the plus sign, the less likely the fighter will win. However, betting on the underdog to pull off an upset can net more lucrative returns on smaller wagers. In the above example, you would just need to wager $100 for a Gonzalez victory to win an extra $145.

The larger the initial wager, the better the possible payout. Bettors can risk as much or as little as they choose for any particular fight at any particular time.

When betting solely on the moneyline, a winning bet can come in the form of a decision, technical decision from fouls, or any form of a stoppage, whether it's a knockout, corner or referee stoppage, or ringside physician stoppage.

What are boxing prop bets?

In certain scenarios, there are several prop bets available when a fight generates tremendous interest or is closely matched. These prop bets come with higher odds and a chance for a greater payoff, as they are more difficult to predict. The most common example of these prop bets are the over/under on rounds, round group betting and round betting.

What is the over/under?

You can wager on the over/under, or total rounds, by betting on the anticipated length of the fight.

In boxing, one round lasts three minutes, with the halfway point at 1:30. In the Wilder vs. Fury rematch, the over/under is set at 10.5 rounds, so it's expected to last at least until the halfway point of the 10th round.

You would bet the over if you believe the fight will extend past the 1:30 mark in the 10th round. The fight could end at 1:31 in that round or go the full distance, and you would still win your bet because it went beyond 10.5 rounds.

You would bet the under if you believe the fight will end (by stoppage, technical decision or disqualification) before the 1:30 mark in the 10th round.

When betting the over/under, the outcome is not reliant on which fighter wins.

What are round bets?

Round betting is when you pick a particular winner in a particular round. It can be classified by either group round bets or the more specific round bet.

Bettors essentially choose either a three-round window where their fighter must stop their opponent or pick the exact round when the stoppage will occur. These are more precise bets than the moneyline and over/under, and thus offer a much bigger payout.

Betting Wilder to win anywhere between rounds 10 through 12 at +900 is an example of a group round bet. This gives Wilder the chance to end the fight within those assigned rounds by either a stoppage or disqualification. A judge’s decision or technical decision does not satisfy the requirements to win the bet.

Betting Wilder to win by knockout in the 10th (+2000) is an example of a round bet. Wilder must win by stoppage or disqualification at any point during the 10th round only. As with the group round bet, a decision of any kind fails to satisfy the requirements.

What is a boxing parlay?

A parlay can best be described as a combo bet where all wagers need to win for a payout. Bettors can wager on multiple moneylines, over/unders and round/round group bets where available. As all outcomes must be satisfied to win the bet, this can be the riskiest betting path, but also the most rewarding.

Let's say you are certain that Wilder will score the stoppage in the 10th round and are sure that Gonzalez will upset Yafai. Betting on those lines individually at $100 apiece will pay out about a combined $2000. A parlay of the above scenarios is extremely unlikely at +5045, but that would lead to a massive $5,140 return on just one $100 bet.