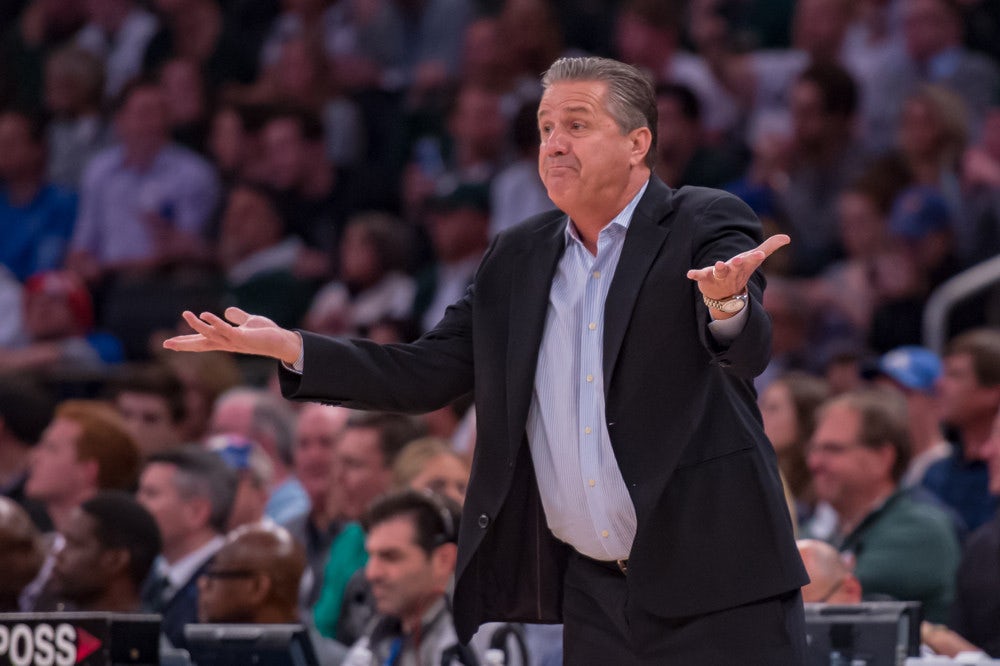 College basketball is just getting started, but there have already been a few early surprises. The most shocking news comes from the SEC, where Florida, Kentucky and Texas A&M have all been exposed.

Which conference will win the NCAAB 2020 national title?

Before the season began, Florida looked like a Final Four favorite. In their first two tests, they failed.

At home against in-state rival Florida State, the Gators laid an egg and lost 63-51 as six-point favorites. A week later they hit the road to plau Connecticut as four-point favorites, but let that one slip away, too.

Kerry Blackshear Jr. has been as good as advertised. He fell two rebounds short of a double-double against UConn, the first time he didn’t reach the milestone this season. The problems have been in the backcourt. Andrew Nembhard has shot an abysmal 28% from the field, while Scottie Lewis has struggled through freshman growing pains. Mike White isn’t the only SEC coach struggling to find a winning recipe early in the season.

Playing with only seven healthy scholarship players, Kentucky (-25.5) led by one point with 3:26 to play against Utah Valley. They found a way to defeat the WAC opponent 82-74, but it wasn’t pretty. Searching for an offensive identity, they’ll claw their way to victories over weak non-conference opponents over the next month. But covering a 20-point spread? That’s an entirely different story. Currently ranked 342nd out of 353 Division I teams in three-point shooting, pick against the Cats as big home favorites until they prove to have enough offensive firepower.

No buzz in College Station

The Buzz Williams era is off to a rocky start at Texas A&M. In the Aggies' first test of the season, Gonzaga handed them a 30-point beatdown at home. That loss happened a day after TJ Starks was suspended indefinitely. One of A&M’s top returners, Starks averaged 12.9 points per game in 2018-19. Initially sidelined by an ankle injury, Starks received the suspension after he was arrested for alleged possession of marijuana. Things will likely get worse before they get better in College Station.

At least there’s Tennessee and Auburn

Will Wade’s LSU team lost to VCU, Vanderbilt lost to Richmond and South Carolina was handed an eight-point loss as 15.5-point favorites against Boston U. But Auburn is 5-0 and has only failed to cover twice, while Tennessee has also taken care of business, and soundly defeated a talented Washington team, 75-62, behind a three-headed monster in the backcourt—Lamonte Turner, Jordan Bowden and Yves Pons.
The rest of the conference has time to find its footing. Until then Tennessee and Auburn must carry the rest of the SEC’s weight.


Whether you like to bet single games, parlays or futures, BetAmerica has you covered for college basketball!