Kentucky falls out of the top 5 in NCAAB championship odds 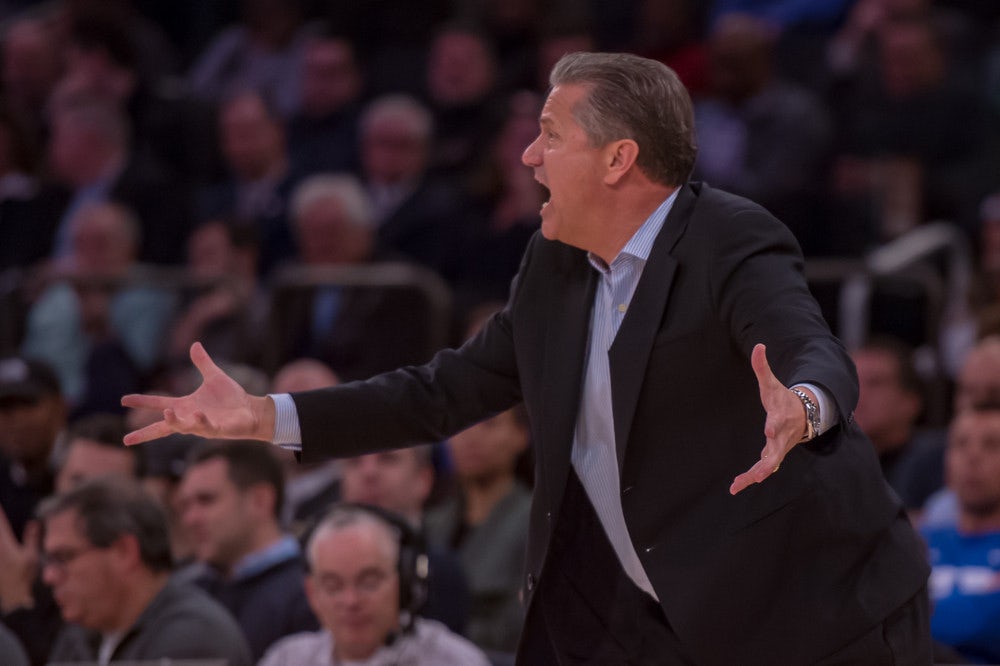 It seems like the Kentucky Wildcats are in the national championship discussion every year. Head coach John Calipari brings in a class of highly touted recruits and finds himself ranked in the preseason nearly every year. This season was no exception, as UK was ranked in the top five and reached No. 1 early in the season.

But that top-ranked team fell to Evansville at Rupp Arena, and since then the Cats have seen their championship odds drop from +1000 to +1800 in just a week.  Many have bailed on the idea that Cal’s guys will make a run in March.

Odds to win the 2020 NCAA Championship

The concern is warranted. Aside from the loss to Evansville, Kentucky’s schedule presents problems. When it hosts Georgia Tech on Saturday, Kentucky will be taking part in just the second game of the season against a Power Five opponent. The Wildcats will then travel to Las Vegas to take on Utah and Ohio State, before they return home to face Louisville. Kentucky doesn’t play its first true road game until January 7 at Georgia.

The Wildcats need even more from Richards

Junior forward Nick Richards will need to continue to lead for the Wildcats to have a chance in the NCAA Tournament. He is currently leading the team in points per game (14) and rebounds (8.5).

In Cal we trust?

One thing to bear in mind when considering futures involving Kentucky basketball—Calipari usually finds a way to get his young guys to play their best ball at the right time. They’ll navigate a relatively easy SEC schedule and Calipari will inevitably find a groove on offense.

But it’s also worth noting that his one-and-done model hasn’t always equaled March Madness success. Calipari only has one national championship in 10 years at Kentucky. While it looks like a dangerous bet to take this year’s team to add a second to that record, you can’t ever completely count out Cal in March.


Who will come out on top in March? Bet your opinion at BetAmerica!