3 reasons why LSU will crush Clemson in the CFP Championship 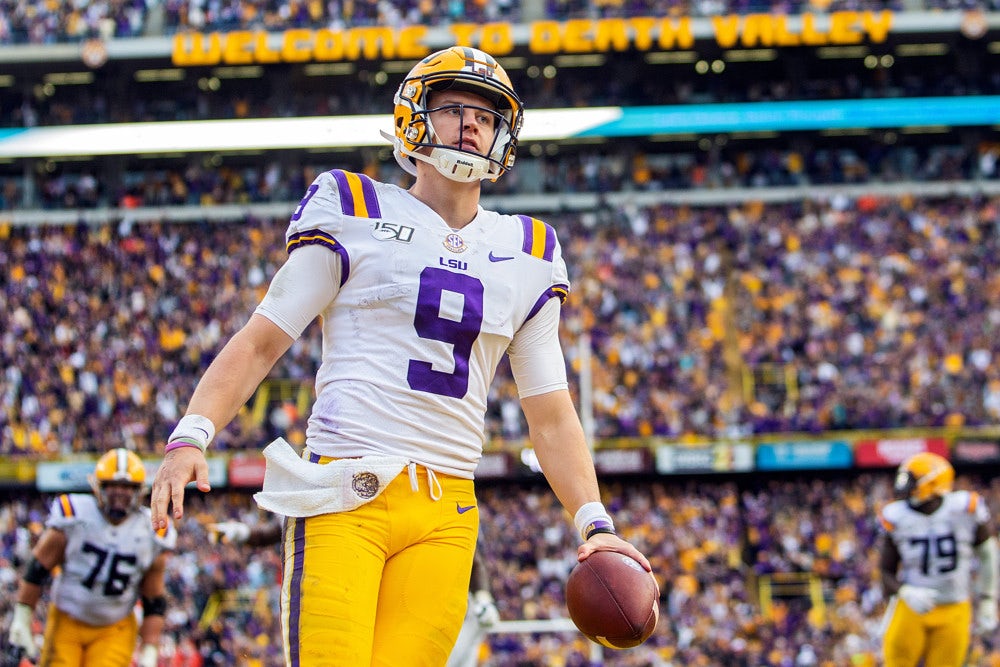 The College Football Playoff National Championship on Monday night in New Orleans is expected to be a thrilling game. There are hundreds of breakdowns and predictions online to back up that point. We're going to skip the hype and instead will give you three reasons why LSU is going to dominate Clemson. After reading this article, go ahead and jump all over LSU to cover the spread.

Clemson had a weak schedule

The Tigers played the easiest schedule for a national championship participant in the CFP era. Only one of their opponents finished in the top 25 of the final CFP rankings. That was Virginia at number 24. LSU played four members of the final rankings, and all four ranked in the top 13.

There are many different measures of strength of schedule, so let's look at a couple different metrics. ESPN has the FPI, which uses multiple factors. Clemson only played one opponent ranked in the top 20 of the FPI in the regular season (Texas A&M, 19th). Its other 11 FBS opponents averaged a rank of 65. LSU played five opponents ranked in the top 20. If you also take out the Texas A&M game, the remaining 11 FBS opponents averaged a rank of 44.

The Sagarin rankings, which used to be a major part of the BCS formula, has Clemson's strength of schedule ranked 56th. LSU is ranked eighth in the same rankings. In the overall Sagarin rankings, LSU played five opponents ranked higher than Clemson's highest-ranked opponent in the regular season.

LSU will enjoy a home atmosphere

The National Championship will be played at the Superdome, which sits about 80 miles away from LSU's campus. LSU is 2-1 in its previous three national championship games at the Superdome. LSU has played seven postseason games in the state of Louisiana since 1995 and is 6-1 in those games. Five of the wins were by double digits.
This will be Clemson's fourth postseason appearance in the state of Louisiana. In the previous three Clemson lost to Alabama (by 18 in 2018), Minnesota (by seven in 1985), and LSU (by seven in 1958). Clemson is 3-8 all time in the Pelican State and will be facing the best Louisiana has to offer this time around.

The SEC has an impressive record over the ACC in football (318-171-10). LSU in particular is even more dominant. The Tigers are 23-2 overall and 7-1 in bowl games against the ACC. They have an average score of 28-10 overall and 26-9 in bowl games. Even if you only count recent history, LSU is 9-1 since 2000 and 5-1 since 2010 against the ACC. Only seven of these 25 games were decided by fewer than 10 points.
We all want to see an exciting game. However, there are signs this will be all LSU. Clemson came out flat against Ohio State Buckeyes in the semifinal, and it cannot afford to do that Monday. Expect LSU to jump out quickly, as it did with Oklahoma, and put this game away with ease.


Do you agree that LSU will crush Clemson? Wager on the CFP National Championship now at BetAmerica!