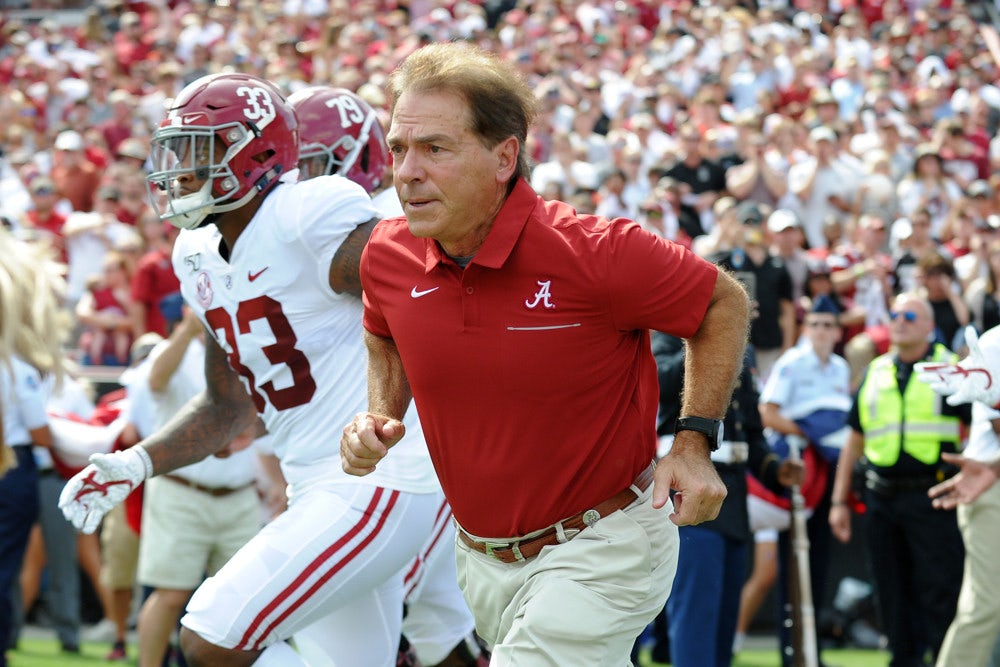 College football's regular season came to an end on Saturday. What lessons did we learn so far, and will they help us make a bundle in bowl season? We will find that out shortly. But first let’s take a look at this past weekend.

Alabama been a central player in the College Football Playoff since its inception. That tradition fell over the weekend, when Alabama lost to Auburn, 48-45, which ended its hopes to capture another national championship.

It was a bad loss, and one where the Tide could not stop making mistakes, which is very uncharacteristic of Alabama during the Nick Saban era. The defining moment was when Alabama’s kicker missed a game-tying field goal with two minutes to play. But we can’t blame the kicker here. The Alabama defense was horrible, quarterback Mac Jones threw two interceptions that were returned for touchdowns and Auburn was the better team in general.

The Bulldogs will be a big underdog when they face LSU in the SEC Championship Game, and Wisconsin will be a heavy underdog against Ohio State in the Big Ten Championship Game. If Wisconsin or Georgia win, that's a doomsday scenario, where we will have to decide what we do with LSU or Ohio State. But let’s assume neither upset occurs, and we haven’t mentioned the possibility of Clemson losing, because it plays in a horrible conference.

If we assume that, then it really comes down to three teams: Baylor, Oklahoma and Utah.

Utah is my favorite to get in, and the Utes will face Oregon in the Pac-12 Championship Game on Friday. Oklahoma has a bad loss to Kansas State, and Baylor lost to Oklahoma at home after it built a huge lead. If Utah can beat Oregon, the Utes should be in. If they lose, then it’s down to the winner of Baylor-Oklahoma.