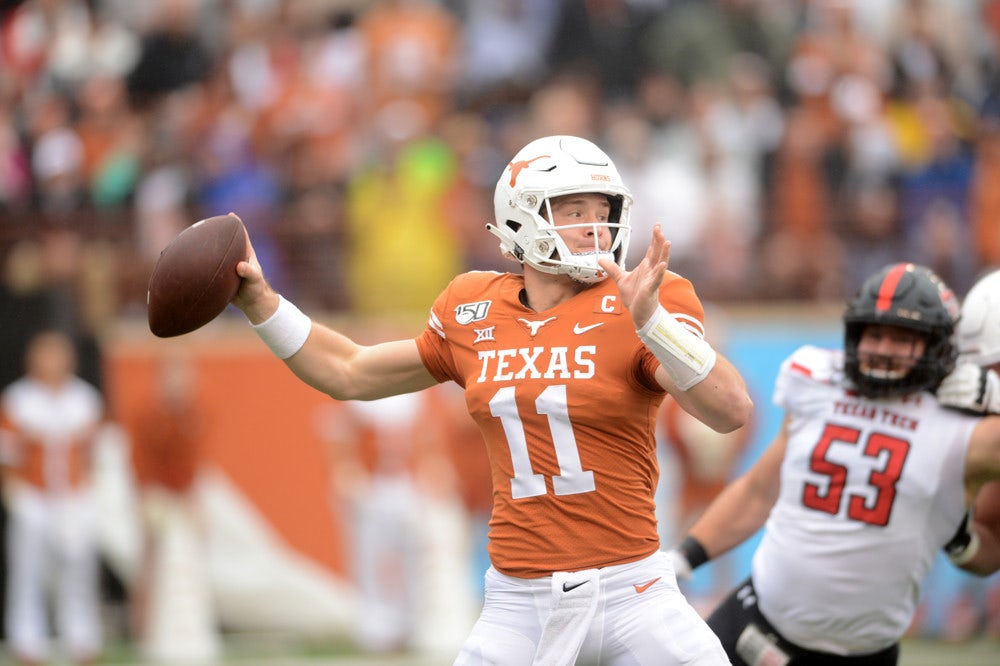 College Football bowl season continues apace on December 31 as Texas and Utah go toe-to-toe in the Alamo Bowl at the Alamodome in San Antonio.

Alamo Bowl is a consolation game for Utah

It all could have been so different for Utah. All the Utes needed was a victory in the Pac-12 Championship Game against Oregon and they more than likely would have been in the College Football Playoff to face LSU. Instead they lost and find themselves in the Alamo Bowl. Will they have something to prove, or is this just a meaningless game they have to play but don’t really want to be in?

Texas' strength of schedule was impressive

Texas comes into this game with a 7-5 record, which by Texas standards is horrible. However, let's look at who they lost to—LSU, Oklahoma, TCU, Iowa State and Baylor. I spy two College Football Playoff teams, another that could have been in it, and a two programs that contend in the Big 12 every year.

Texas quarterback Sam Ehlinger can keep things close. He passed for 3,462 yards and 29 touchdowns this season, and if Texas has any chance, this will need to be a shootout, so give the Over a look as well. With the Pac-12 down as a whole, strength of schedule favors Texas.

Texas belongs on the field here and will keep things close against a discouraged Utah squad that feels it should be somewhere else.