Florida is legit and other lessons learned from NCAAF Week 6 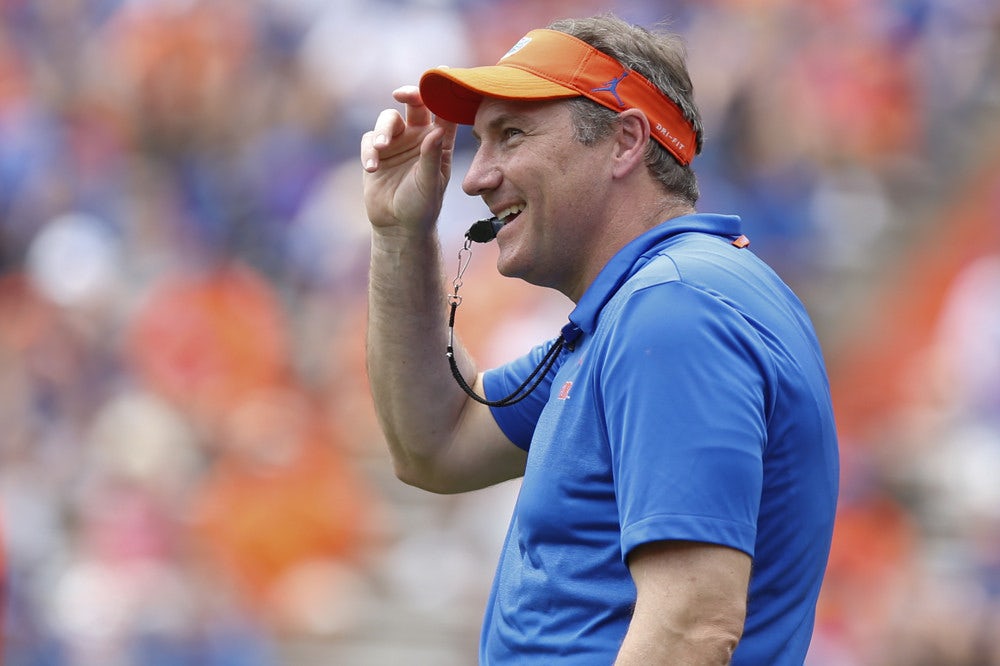 Not many people were giving Florida any chance of beating Auburn at home when the Tigers came to The Swamp as 3-point favorites, but the Gators silenced all critics with a 24-13 win. Florida's legitimacy is just one of the important lessons we learned from a busy Week 6.

This sets up a huge game this weekend, when Florida heads to Death Valley to face fellow undefeated LSU. The winner will be in the driver's seat to make a run to the SEC Championship game.

Can Trask go into one of the hardest places to play and win? If he pulls the upset, can he then beat Georgia in The Swamp?
At the beginning of the season, most thought a Clemson-Alabama final was all but certain, but as we enter the midway point of the season, many teams have emerged as contenders.

It was do-or-die for the Michigan Wolverines this past week, when the undefeated Iowa Hawkeyes came to town.

An old-fashioned, Midwest defensive battle ensued, and Michigan came out ahead, 10-3. The Wolverines defense was swarming all day and forced four turnovers, but the offense could only muster 10 points. It was enough, and this was a huge win that might have saved coach Jim Harbaugh’s job.

But what does this mean going forward? Most importantly it keeps the Wolverines alive in the Big Ten title race. Their College Football Playoff hopes might have been erased with a bad loss to Wisconsin, but a lot can still happen. Getting to the Big Ten Championship Game would mean a victory against Ohio State and that might get Michigan right back in the conversation.

If Oregon runs the table, wins the Pac-12 and its only blemish is a Week 1 loss to Auburn in the final moments, do the Ducks get into the College Football Playoff? The answer isn't clear.

Let’s assume Clemson and Alabama win their conferences and a one-loss team wins the Big Ten. What happens to the Big 12 winner and Oregon? We'll have to wait and see what shakes out.


Stay up to date on the latest trends and storylines from around college football with our weekly NCAAF Betting Guides.