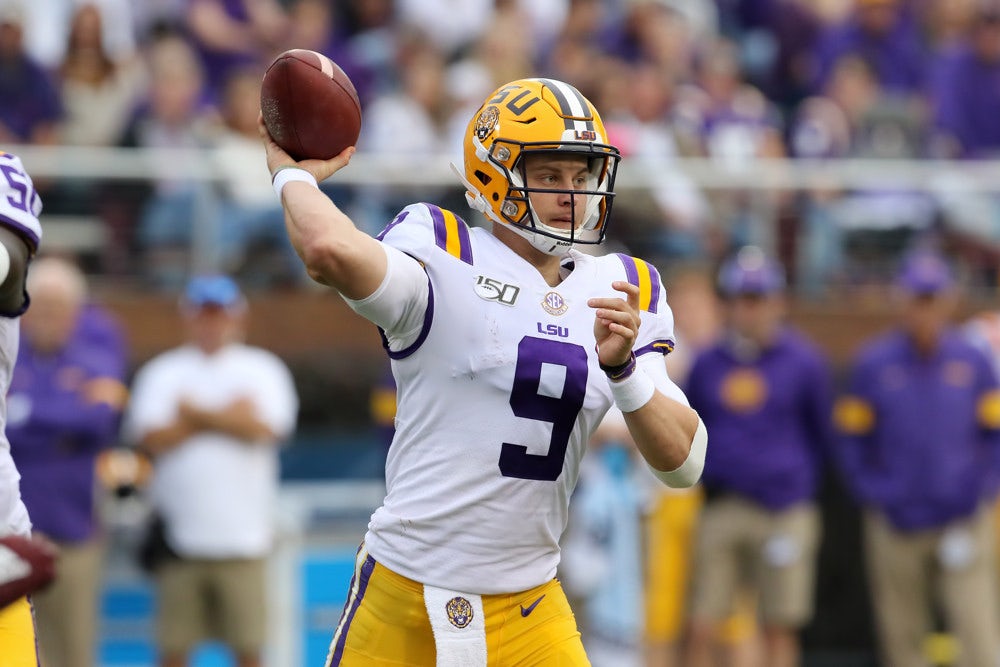 The college football regular season and conference championships are now over, and the bowls and College Football Playoff are set. It truly is the most wonderful time of the year for football fans. On December 28 we will see No. 4 Oklahoma face off against No. 1 LSU and No. 3 Clemson take on No. 2 Ohio State.

Utah missed a great chance at being No. 4 when it lost lost to Oregon in the Pac-12 Championship Game. Instead of heading to the final four, Utah won’t even be in the Rose Bowl. Talk about an all-or-nothing loss.

Oklahoma came up big against Baylor

Oklahoma slipped into the No. 4 spot after an overtime victory over Baylor in the Big 12 Championship Game. After Utah lost Friday night, the two teams had to feel that everything was on the line. The Sooners made the last big play and got the victory.
Their reward is a game against powerhouse LSU and quarterback Joe Burrow, the lock to win the Heisman Trophy. LSU is currently a 12.5-point favorite.

Clemson got better as the season wore on

Clemson rolled through the ACC, which had a down year, but we can’t take away from the Tigers' great season. Other than a scare against North Carolina, Clemson dominated its competition all season. The Tigers are favored against Ohio State, a team that some have said is the best Buckeyes team they have seen.

The Buckeyes bring their high-powered offense to the College Football Playoff, but needed to erase a 21-7 halftime deficit to get past Wisconsin in the Big Ten Championship Game.

There wasn’t too much drama surrounding who would be picked for the CFP after Saturday’s results, and this final four looks like it will be very exciting.

Stay tuned for a prediction and preview of each Bowl game later this month!


Why wait until bowl season begins? Get your wagers in on college football's premier bowls now at BetAmerica!