LSU will upset Alabama in college football's game of the year 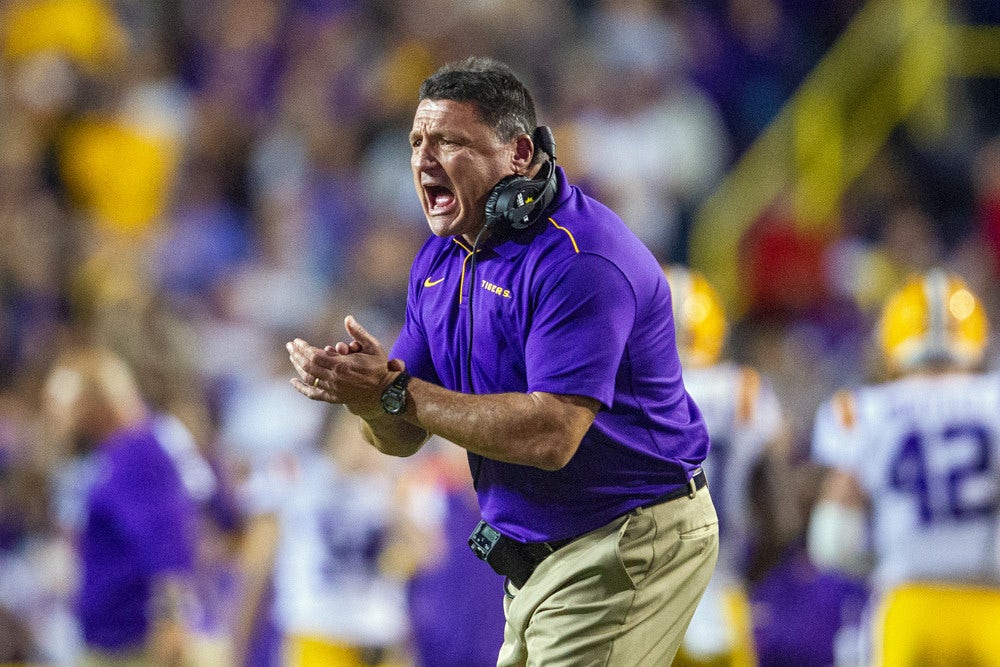 Week 11 of the college football season features two showdowns between unbeaten teams. This is a perfect time to take a few home underdogs and cash in! All games Saturday.

It’s being billed as the game of the year, and all eyes will be on LSU and Alabama on Saturday afternoon. The Crimson Tide is favored at home and has dominated LSU this decade.

However, this is a new LSU team. Let’s dive into why the Tigers are different this year. In the past the Tigers relied on defense and were limited on offense. Enter Joe Burrow, the sensational quarterback who has revitalized the LSU offense and turned it into one of the most prolific attacks in the game.
This game will come down to Alabama QB Tua Tagovailoa versus Burrow. Whoever performs better will win this game, the Heisman Trophy and will be the early favorite to be selected first in the NFL Draft.

In what is sure to be their biggest game in the last 10 years, the Minnesota Gophers welcome in Penn State for a battle of the unbeaten.

Penn State needs to win this game to keep pace with Ohio State on their side of the Big Ten and has more to lose than Minnesota, which even with a loss can still beat Wisconsin and go to the Big Ten Championship Game.

I believe the home crowd will power the Gophers through, and quarterback Tanner Morgan will lead the team to its biggest victory in recent memory.

Off a 42-14 win over Utah State, BYU is riding high. Liberty is a worthy opponent, however, and even though the program lacks recognition, the Flames have burned up many opposing bettors' tickets this season. Liberty has beaten Buffalo, both New Mexico teams, and kept things close against Rutgers.

BYU has a potent offense that averages 412 yards a game, but Liberty averages 444 per game. Look for this to be a shootout and for the Flames to come out on top behind gunslinger Stephen Calvert, who has thrown for 20 touchdowns this year.

Keep up to date on the latest trends and storylines from around college football with BetAmerica's weekly NCAAF Betting Guides.