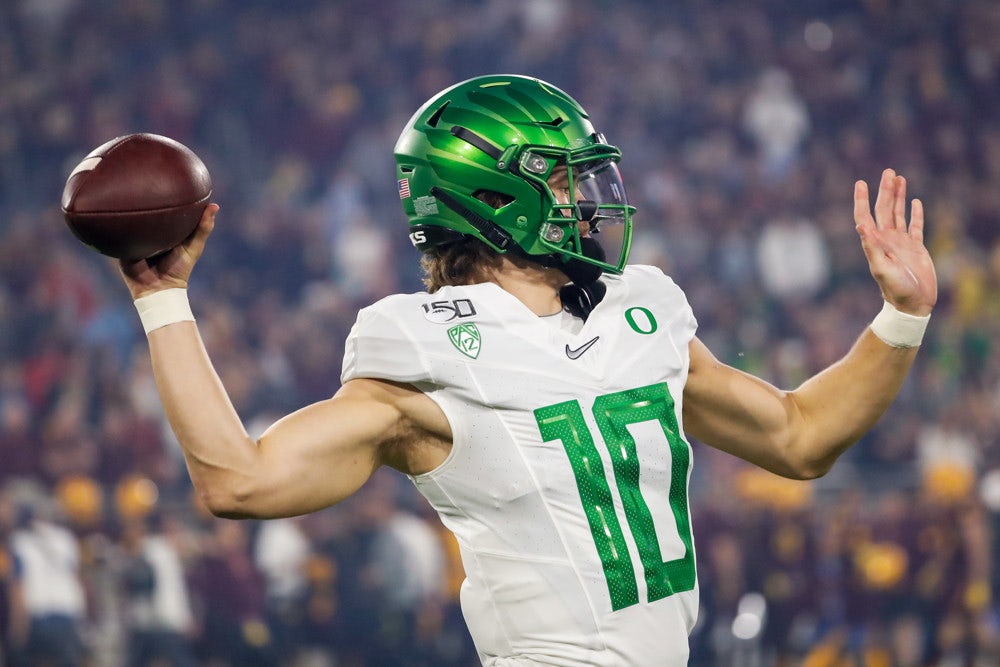 There were quite a few lessons to be learned during Week 13 of the college football season, as some early season favorites tumbled, while other fringe contenders stayed in the mix. Let's take a look at three of the biggest storylines that emerged.

Oregon may have still been on the outside looking in for the College Football Playoff entering its Saturday matchup with Arizona State, but all hope was lost when the Ducks lost a heartbreaker, 31-28.

Oregon quarterback Justin Herbert struggled early, and by the time he found his groove in the second half, it was too late. His 304 yards and two touchdowns through the air could not make up for a pair of costly interceptions.
Oregon still has a chance at the Rose Bowl, while the Pac-12's last hope to make the College Football sits with one-loss Utah. Utah needs to defeat Colorado this week to clinch the Pac-12 South Division title and a spot in the conference championship game against Oregon.

This gives Alabama a better chance to make the College Football Playoff. If we assume LSU beats Georgia in the SEC Championship Game, it wouldn’t be a stretch for the committee to put Alabama in the fourth spot, assuming Clemson and Ohio State are still unbeaten.

Michigan found something at halftime against Penn State and has been a new team since.

The Wolverines will play Ohio State this weekend, and what a game it will be. I believe Michigan has a great chance to win this game and upset the apple cart.

No one is playing as well as Michigan right now.


It's the final week of the college football regular season, so don't miss out! Get over to BetAmerica today!