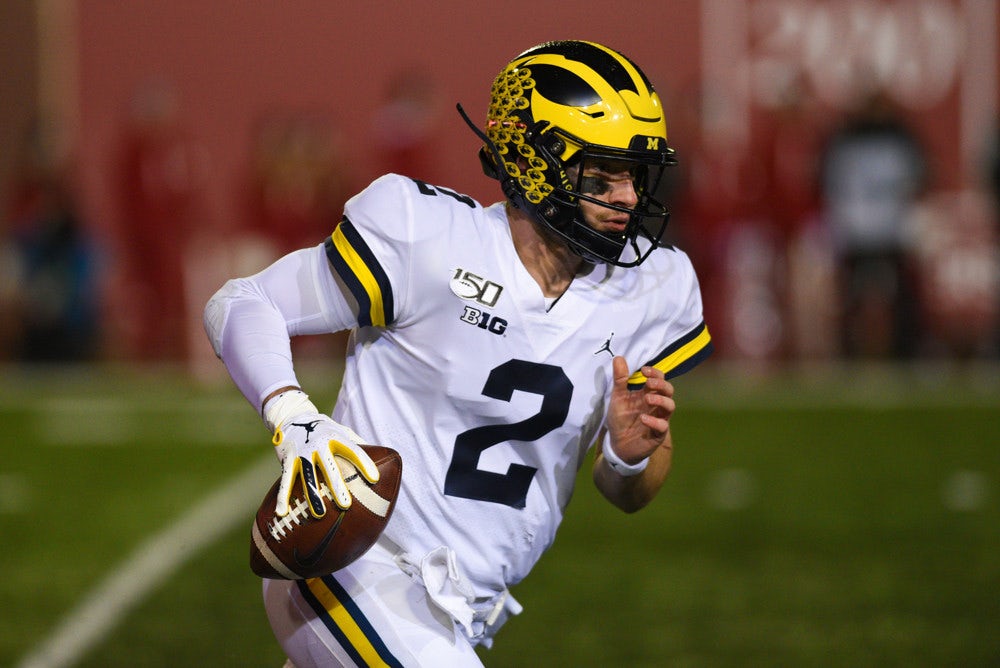 A pair of powerhouse programs from the Big Ten and SEC will meet in the Citrus Bowl in Gainesville, Florida on Wednesday, January 1. Both are coming off bitter losses to conference rivals in their respective season finales.

Michigan finished third in the Big Ten’s East division after posting a 9-3 record. Alabama wound up second in the SEC’s West division with a 10-2 mark, missing the College Football Playoff for the first time in its six-year existence.

Alabama has plenty of weapons on offense

Alabama has the firepower to hurt Michigan with short passes thanks to an all-star cast of receivers including Jerry Jeudy, Henry Ruggs III, DeVonta Smith and Jaylen Waddle. Najee Harris is a fine running back as well. However, Mac Jones will be important to how the Citrus Bowl plays out. The backup quarterback lacks the accuracy and scrambling ability of Tua Tagovailoa, and his decision-making came into question at times in a crucial loss to Auburn when he threw a pair of pick sixes.

Michigan needs to bring its A-game

Michigan’s defense must show up with their best to slow down the Tide, or this game could easily get away from them. The Wolverines tightened up after surrendering 35 to Wisconsin in their third game, allowing only 12.6 points per game over the next eight contests, but the dam broke against Ohio State in their last outing. Justin Fields and J.K. Dobbins proved dominant as the Buckeyes recorded 313 passing yards and 264 rushing yards in a 56-27 blowout.

Offensive coordinator Josh Grattis, who came to Michigan after serving as co-offensive coordinator in Tuscaloosa last year, is an intangible to consider. He knows Alabama’s personnel and tendencies, and could use that insight to place Michigan in the right position against a formidable opponent. Alabama ranked third nationally with a +16 turnover margin.

Kemp is back at full strength

And don’t overlook the difference a healthy Carlo Kemp should make. One of the nation’s top defensive linemen against the run, the Michigan co-captain will be back at full strength after being hobbled against Ohio State. The Wolverines have the nation’s 22nd-ranked run defense despite not showing up in the season finale.

Michigan’s offense found its groove in midseason, averaging 38.6 points over the final five games of the season. That stretch included four-bowl opponents, and I look for the Wolverines to have success in the passing game against Alabama. After being turnover-prone in the first half of the season, Michigan cleaned things up with only two lost fumbles over the last six games.

Alabama's defense got shredded against LSU and Auburn

The Tide entered 2019 with questions in the secondary after being shredded by Kyler Murray and Trevor Lawrence in last year’s College Playoff. Injuries have further hindered the cause defensively, with outstanding linebackers Joshua McMillon and Dylan Moses among those lost for the season, and the defense was exposed in November losses to LSU and Auburn, surrendering 96 combined points to the only quality teams they faced all year. I don’t like the vibe Alabama brings to this bowl match-up.

Bulovas is stil haunted by his missed kick

The Tide has no faith in the kicking game, which spiraled downward once freshman sensation Will Reichard was lost to injury. Joseph Bulovas missed a 30-yard field goal attempt to tie Auburn late in the game. They were sloppy in other areas as well, and were penalized 13 times for 96 yards including an illegal substitution on a fourth-down play that sealed it for Auburn.

Alabama went 3-5 ATS in SEC play, leaving plenty to be desired from a wagering perspective. The Citrus Bowl is likely to be high scoring, with Alabama ranking second in the FBS with a 48.3-point average. However, I believe Michigan will enjoy enough success against a vulnerable secondary to keep it close.