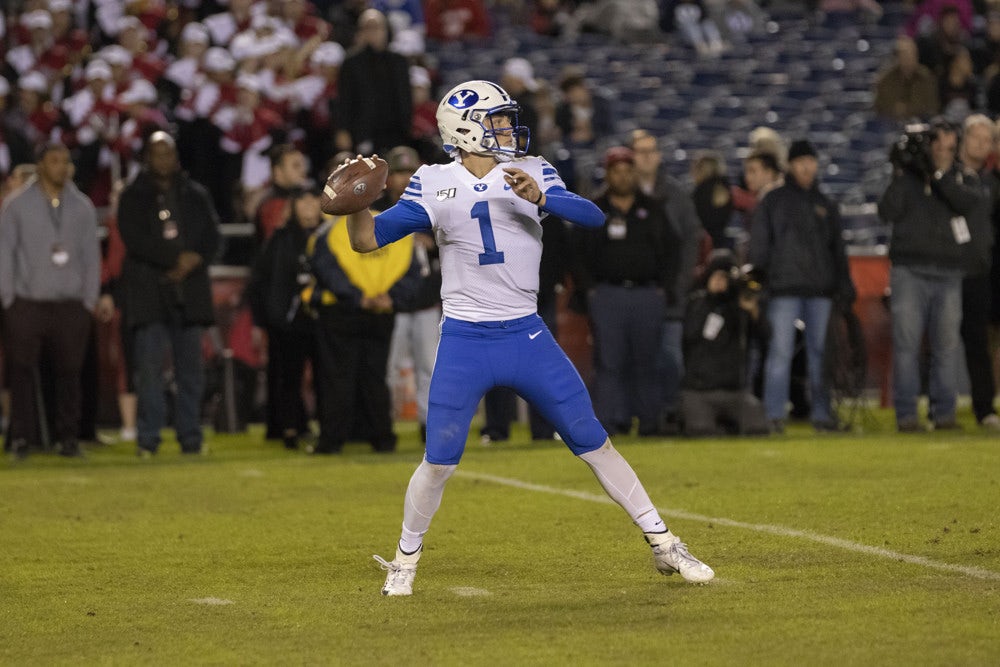 A pair of former rivals will meet at the Hawaii Bowl on Christmas Eve, when BYU and Hawaii go toe-to-toe at Aloha Stadium in Honolulu.

BYU, which used to be a member of the Mountain West Conference but is now an independent, relies on defense. The Cougars will seek their third consecutive bowl victory (they won in 2016 and 2018, but missed the postseason in 2017) after fa 7-5 season.

Hawaii outperformed expectations to finish with nine wins for the first time since 2010 and win the West Division of the Mountain West, but the Rainbow Warriors are only 1-4 in their last five bowl appearances. The Rainbow Warriors are all about offense, but defense played a role in late-season wins over San Diego State and UNLV.

BYU enters with issues in the kicking game and some concern surrounding Zach Wilson. The quarterback was spectacular in last year’s bowl game, when he completed all 18 passes for 317 yards and four touchdowns in the Famous Idaho Potato Bowl, but Wilson missed more than a month in the middle of the season to recover from surgery on his throwing hand. Wilson returned for the final three games, which included a couple of cupcake opponents, but he wasn’t as sharp. BYU scored only three points in a loss to San Diego State in the regular-season finale.

With 15 interceptions the opportunistic BYU defense should force some turnovers, but the kicking game was a mess in the Cougars' last game, as Skyler Southam missed a pair of short field goals.

Hawaii started the season on fire, but cooled off

Hawaii, which features the nation’s sixth best passing offense (327.9 yards per game), was one of the highest-scoring teams earlier in the season, but the Rainbow Warriors have been held to 21 or fewer points in three of their last four games. They have skill players at wide receiver (Cedric Byrd, Jared Smart and Jojo Ward) and running back (Miles Reed), but quarterback Cole McDonald threw 14 interceptions and Hawaii led the nation with 30 turnovers.

Winning nine games wasn’t a fluke for Hawaii. Coach Nick Rolovich has changed the culture in Honolulu, and the Rainbow Warriors overcame a faulty run defense (103rd ranked) with their prolific offens, and utilized dual-threat quarterback Chevan Cordeiro at times for a change of pace. Defense let them down in the Mountain West Championship Game, but that was a byproduct of McDonald playing poorly.

I expect McDonald to rebound with a strong showing at home, and Hawaii’s defense improved down the stretch of the season. BYU’s offensive line is fundamentally sound, but it isn’t an imposing unit. The Cougars had only the 72nd-ranked rushing offense, and that is helpful for Hawaii.

It may wind up being a close game, but Hawaii will prevail.

The temperature is cold (maybe not in Hawaii), but the bowl season is just heating up. Check out BetAmerica for all your bowl-betting needs.