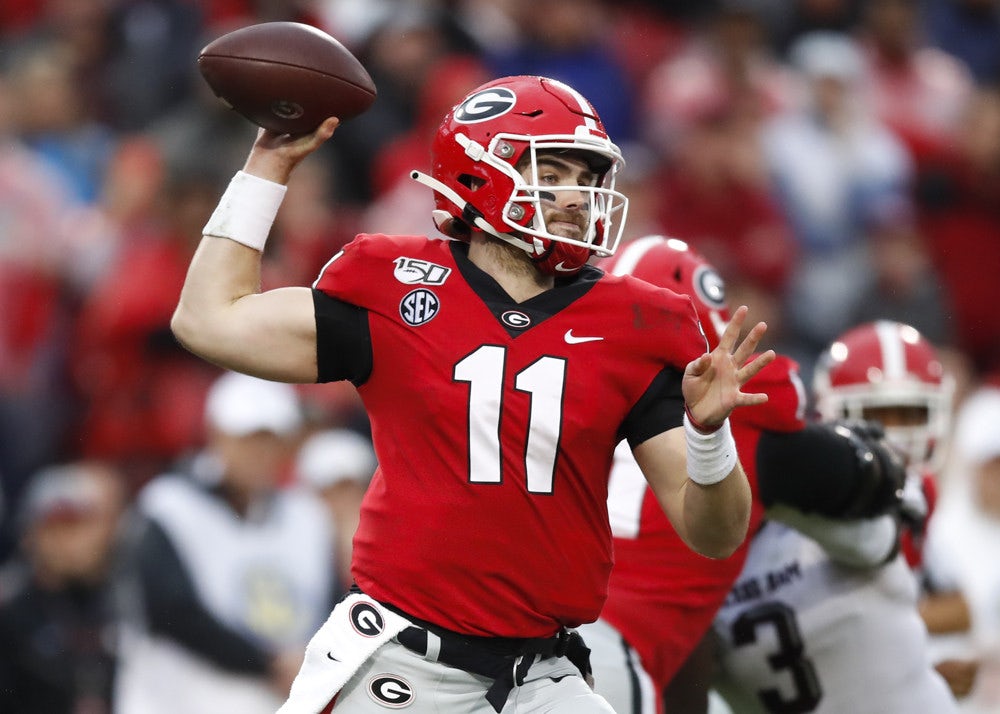 The official College Football Playoff doesn’t begin for another month, but Georgia’s first game of the playoff takes place Saturday, when the Bulldogs head to Atlanta to take on LSU in the SEC Championship Game. If Georgia fails to win, it will be eliminated from the CFP.

LSU's offense has been unstoppable

LSU is led by quarterback and likely Heisman trophy winner Joe Burrow and has averaged an incredible 47.2 points per game over the course of the season. Against an SEC West schedule, this is even more impressive. Burrow has been arguably the most efficient quarterback in college football history, with 4,366 yards and 44 touchdowns through the air. He has completed 78.3% of his passes, the highest completion rate in the sport’s history. Burrow’s 10.9 yards per attempt is an elite number over the course of an entire season and ranks fourth in the country.
His quarterback counterpart, Jake Fromm of Georgia, has completed just 62% of his passes (the lowest rate of his three-year career) and has averaged only 7.6 yards per attempt. This difference in offensive efficiency is stark, and is compounded in this game by injuries to Georgia’s leading wide receiver, Lawrence Cager.

What Georgia has going for it, however, is its defense. Georgia's 9.8 points allowed per game ranks second in the country, a full 13 points better than LSU (22.8). Georgia’s defense has overpowered its competition with elite defenders at all three levels. There are multiple NFL players on this roster and defense tends to travel better than offense. Georgia is also 8-1 ATS in its last nine neutral-site games, with the only loss during that stretch to Texas in last season's Sugar Bowl.

I’m confident LSU and Burrow will make more timely plays needed to win the game, but the nasty Georgia defense will keep the Bulldogs competitive.

It's championship week in college football! Check out all the matchups at BetAmerica!