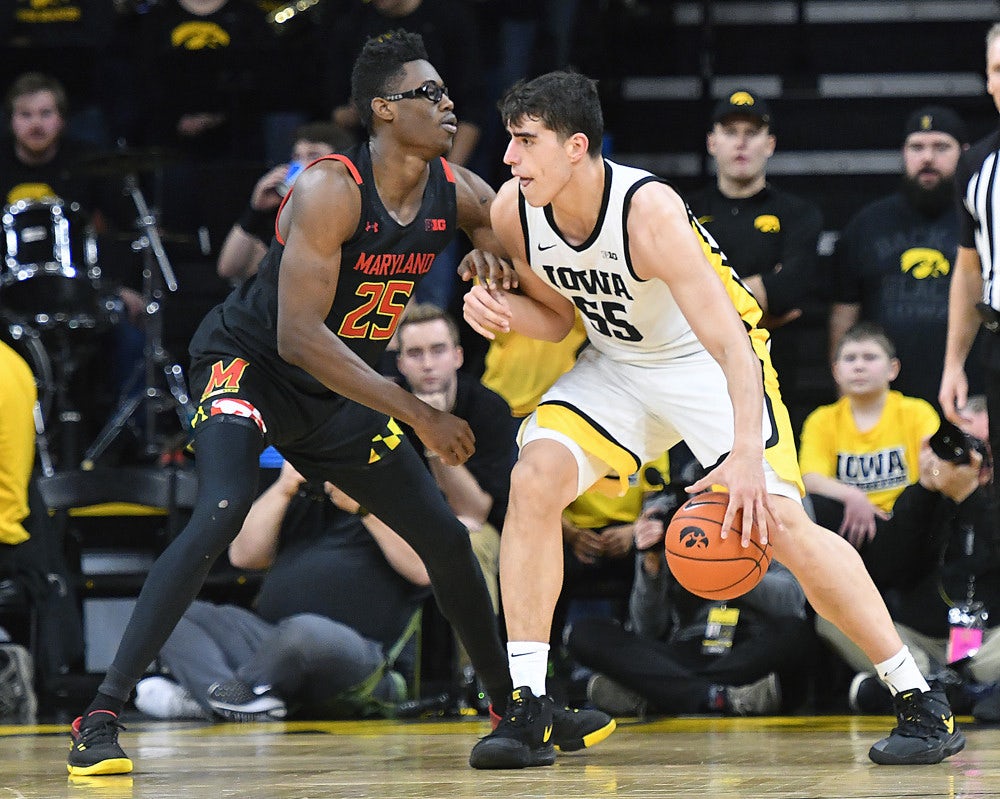 Luka Garza was hardly on anyone’s watch list ahead of the 2019-20 college basketball season. Now the Iowa center is the frontrunner to win the John R. Wooden Award, given to the most outstanding men’s basketball player in the country.

The junior standout averages 23.1 points (fifth in Division I) and 9.9 rebounds, and has led his team in points and/or rebounds in every game this season.

Garza is also third in the country in field goals made (213) and tied for ninth in double-doubles (13). Last season he only put up 13.1 points and 4.5 rebounds per game. His massive bump in production has elevated Iowa to No. 21 in the AP poll, with a 17-7 record.

Arguably no player has been more valuable to his school’s success this season than Garza, but he hasn’t locked up the Wooden Award yet.

Keep an eye on Payton Pritchard and Obi Toppin

Senior guard Payton Pritchard (+180) is the ringleader of the No. 17 Oregon Ducks. The second-team all-conference Pac-12 selection helped guide Oregon to a surprise Sweet 16 appearance in 2019, with averages of 12.9 points, 4.6 assists, and 3.9 rebounds.

Now he’s generating the type of numbers that could push the Ducks even farther in the tournament. Pritchard dishes out six assists per game (22nd in Division I) and scores 19.5 points per outing, the most on his team. His experience with last season’s Cinderella run makes Oregon an enticing pick (+2000) to reach Atlanta in April.

Dayton’s Obi Toppin will be searching for similar success in the NCAA Tournament. His 22-2 Flyers rank sixth in the AP poll and own a 13-game win streak. The sophomore forward is Dayton’s leading scorer (19.7) and rebounder (7.9). His 63.1% field-goal rate also ranks in the top 30 in the country.

The country’s top scorer, Markus Howard (27.3 points), is another solid Wooden Award candidate. The Marquette guard is shooting nearly 40% from three-point range and 41.2% from the field.

His 18th-ranked Golden Eagles are 17-7 and fourth in the Big East, largely because of Howard’s dominance. The senior has led his team in scoring in 14 of the past 16 games and put up a season-high 51 against USC in November.

Michigan State guard Cassius Winston is a +800 choice to claim the Wooden Award, one year after he was named a finalist for the trophy. Duke’s Zion Williamson received an overwhelming majority of the votes in 2019, and it’s not looking so promising for Winston in 2020, either.

While the senior averages the most points (18.3) and assists (5.7) on his team, Michigan State’s up-and-down season has cast a shadow on Winston’s chances. Nearly a month ago, he was the favorite to win the Wooden Award at +500, but four losses since then have dropped the guard down to fifth in the odds.

There is still plenty of basketball to be played and opportunity for any one of these players to emerge as the clear frontrunner. The deciding factor could lie in Iowa’s road test at Michigan State on Feb. 25.

If Winston can carry the Spartans to a victory, the tide may turn back in his favor. But if Garza notches a win with a stellar performance, and can string together a few more over a difficult final stretch of the schedule, the honor should be his in 2020.

Bet all the NCAAB action at BetAmerica!