How to bet on darts 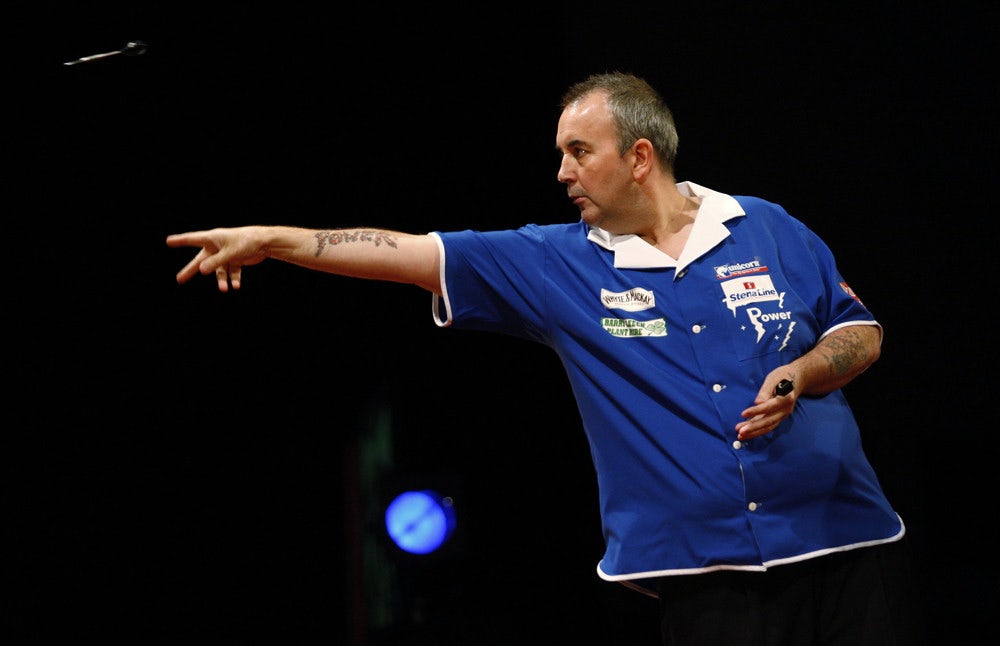 One of the most beloved dive-bar activities has transformed into a booming enterprise for both entertainment and sports betting. In the past decade, professional darts has seen exponential growth in popularity, especially in Europe, and its reach has expanded to the United States, with more televised coverage and betting markets.

This isn’t a group of men huddled inside a dimly lit pub, drinking beer and lobbing tiny missiles at a target. Professional darts is an all-out extravaganza, held inside massive arenas, with enormous prize money on the line and colorful fans chanting with passion.

To get you up to speed with one of the fastest-growing sports in the world, let’s break down a match in Premier League Darts.

Betting on the moneyline

One of the most common and simplest wagers you can make on darts is a moneyline bet, in which you choose the outright winner of the match.

On Thursday, Professional Darts Corporation (PDC) No. 1 Michael van Gerwen will face off against No. 7 Daryl Gurney in Premier League Darts competition. The match will be played as a best of 12 legs, or sets, and each leg will begin with both players starting from a score of 501. The first to check down to 0 is named the winner of the leg.

The first player to win seven legs is declared the winner of the match.

Five-time Premier League winner van Gerwen is a huge favorite (-280) and doesn't provide much value on the moneyline.

However, you can play additional markets to capitalize on van Gerwen's probable success. You will notice some of these markets are comparable to spread betting in football or round betting in boxing.

Betting on the correct match score

It's somewhat easy to predict the outright winner of a darts match, once you become familiar with a player's past performances or current form. Figuring out the exact score of the match is far more complicated and therefore comes with better value.

Last Thursday van Gerwen defeated No. 2 Peter Wright 7-5, while Gurney lost 7-5 to No. 6 Gary Anderson. You can earn a decent payout at +450 odds if van Gerwen wins with a score of 7-5 over Gurney on Thursday.

The handicap in darts is similar to spread betting in football. In Gurney and van Gerwen's match, the handicap is set at 2.5 legs. If you think van Gerwin can win by three or more legs, you will find slightly better odds (-142) than betting him on the moneyline (-280).

A nine-dart finish is considered a perfect leg in darts. This uncommon feat is achieved when a player uses only nine darts, the fewest possible, to check out from 501.

It's extremely difficult to achieve, but van Gerwen has thrown six in televised competition and is the youngest player ever, at 17 years and 298 days, to execute one on television.

There are several other proposition bets you can wager on for individual darts matches, or you can bet on futures.

The PDC world championship was established in 1994 and is held each year from December through January at Alexandra Palace in London. The winner is awarded the Sid Waddell Trophy and 500,000 British pounds (about $645,500).

Peter Wright defeated van Gerwen in this year's tournament by a score of 7-3.

It may be too soon to forecast the probable winner, but by watching Premier League Darts, from February through May, you may get a better idea of who to back and at what price before the high-profile tournament in December.

How to watch darts

To catch professional darts on television in the U.S., head to BBC America for Premier League Darts or subscribe to DAZN or PDC TV for the PDC World Darts Championship.

Find the latest markets on professional darts matches and futures at BetAmerica!