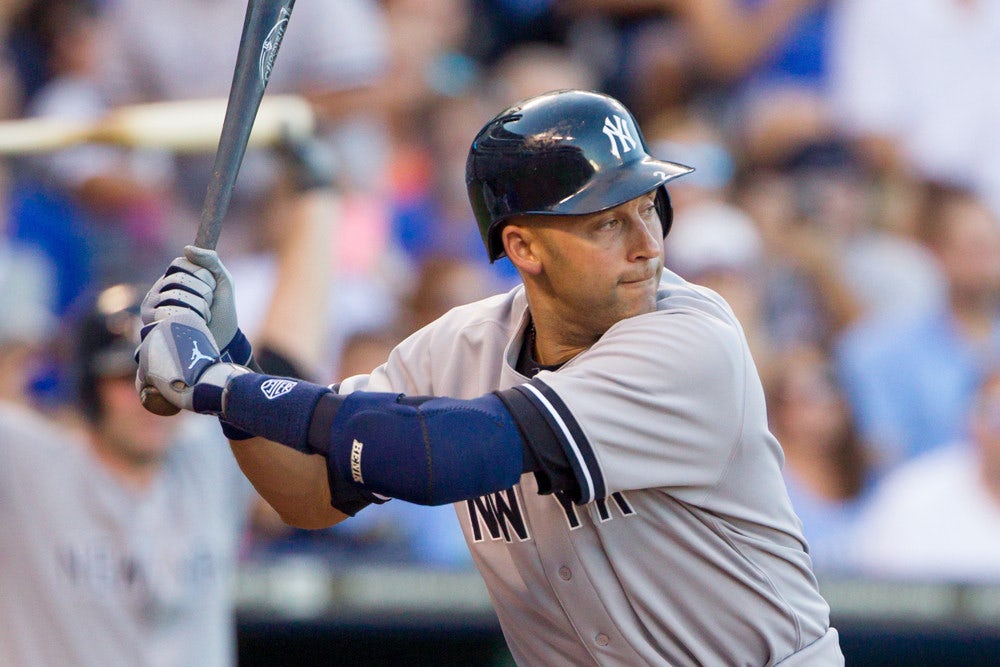 Whoever said records were made to be broken hasn't been paying very close attention to postseason baseball. From Derek Jeter's record for games played to Deacon Phillippe's improbable string of complete games, many of the game's most hallowed marks haven't been touched for 10 to 115 years.

We dusted off the history books and have identified Major League Baseball's five most unbreakable playoff records.

If Reggie Jackson is known as Mr. October, then Derek Jeter should be known as Mr. Postseason. The legendary New York Yankees captain holds MLB playoff records for most plate appearances, at bats, runs, hits, doubles, triples and total bases. It's possible some of those lofty totals may be eclipsed one day, but the mark that is most likely to stand the test of time is Jeter's 158 postseason games played. The tally is a testament to his excellence, endurance and good fortune. It also doesn't hurt that George Steinbrenner regularly spent the equivalent of Panama's GDP to field a championship-caliber team.

Lou Gehrig was already one of the best players in baseball by 1928, but he became a Hall of Famer during the World Series that year, when he hit four home runs in four games and achieved an eye-popping 2.433 OPS in the Yankees’ sweep of the St. Louis Cardinals. Only one other player has a postseason OPS above 2.0, and that’s the Sultan of Swat himself, Babe Ruth. The Great Bambino also achieved that OPS mark in 1928, as the Bronx Bombers powered their way to a second straight championship.

Remember the good ol' days, when pitchers used to be able to throw both ends of a double header and still work a 12-hour shift at the haberdashery factory? Fans of Deacon Phillippe certainly do. The Pittsburgh Pirates right-hander set a record near the turn of the century, when he started—and finished—five games in the 1903 World Series. The slender hurler wasn’t throwing 100 mph gas like today’s top pitchers, but his ability to take the mound for five games is unthinkable in today’s era of specialization.

Few players have caused pitchers to lose more sleep than Barry Bonds, the medically enhanced slugger who clubbed a MLB record 762 home runs during his 22-year career. The seven-time MVP was so feared that he was issued 19 intentional walks during the 2002 playoffs. It may seem like an extreme strategy, but it effectively neutralized Bonds’ power and allowed the Anaheim Angels to down the San Francisco Giants in the World Series.

Yup, another Yankee. We're tired of seeing them here, too, but you have to respect how Andy Pettitte always managed to find a new gear once October rolled around. The three-time All-Star was named the ALCS MVP in 2001 and was lights-out in 2009, when he went 4-0 and earned his fifth World Series ring. Other pitchers had better stuff, but few were better than Pettitte when the games mattered most.


Get in the swing of things with BetAmerica's Major League Baseball odds and futures.