Be mine? Finding matches for MLB’s best remaining free agents 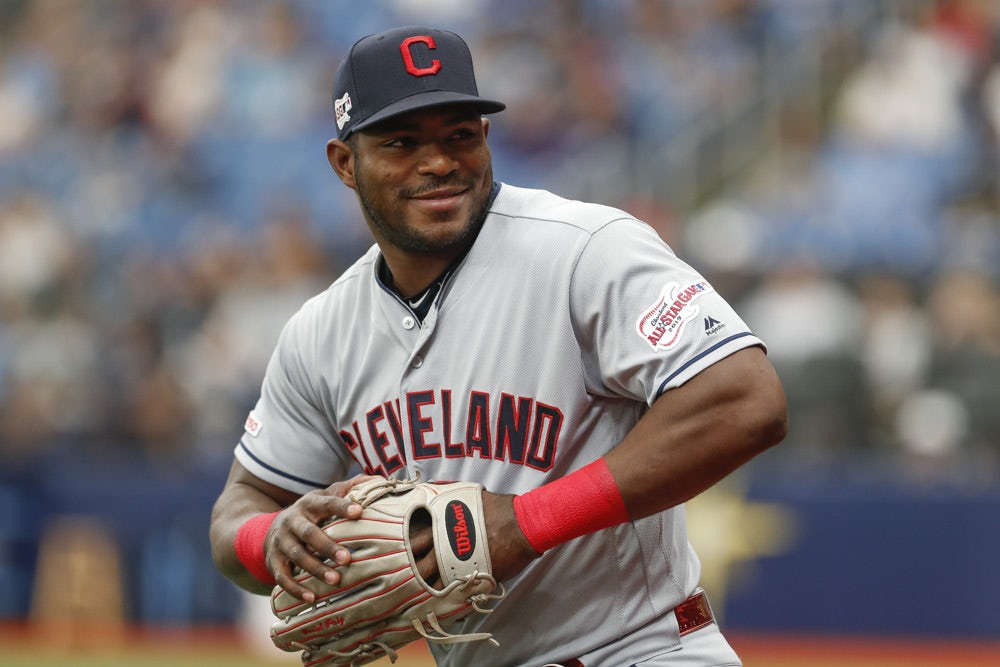 With Valentine’s Day around the corner, we've decided to play matchmaker for the five best remaining MLB free agents on the market.

It’s hard to believe that no one has taken a chance on Puig. The career .277 hitter had 24 homers between Cincinnati and Cleveland in 2019 and a career-high 84 RBIs.

Puig may have worn out his welcome with the Dodgers, but down Interstate 5, the Angels would be a good fit for him. He could either replace Brian Goodwin in right field or form a platoon. Puig’s defense has slipped since his big-league debut in 2013, but having Mike Trout in center should alleviate some of those concerns.

The Mets found out the hard way that Vargas’ 2017 campaign, in which he won 18 games in Kansas City, was a fluke. He showed flashes of brilliance in May and June of last season, though, when he produced a 2.74 ERA (46 innings).

Vargas has been serviceable over 14 seasons (99-99, 4.29 ERA), so a team that is hungry for starting pitching may want to take a chance.

A reunion with Seattle at pitcher-friendly T-Mobile Park would be ideal for Vargas. The Mariners need a fifth starter, and all they’ve done to address that this winter is bring in two glorified mop-up men—Wei-Yin Chen and Manny Banuelos.

The Rockies could use another bat, particularly on the infield, where Garrett Hampson (.686 OPS in 2019) would be forced to fill in should Nolan Arenado, Trevor Story, Ryan McMahon, or Daniel Murphy get injured or traded. Gennett could fill that role and potentially usurp McMahon at second if he returns to form.

Martin, a 14-year veteran, has settled into a backup catcher’s role over the last three seasons but can still produce a respectable on-base percentage when called upon (.337 in 2019). He is also a pitcher’s best friend, with his above-average framing and arm strength.

There are plenty of teams that could use Martin’s services, but perhaps no one more so than the Athletics. Catcher-of-the-future Sean Murphy is slated to get a large chunk of the starts for Oakland during his rookie campaign, but he could use a backup who is more proven than Austin Allen (34 games played).

Buchter produced career worsts in WHIP (1.434) and strikeout-walk ratio (2.17) in 2019, but teams that need bullpen help should give the southpaw with a career 2.86 ERA a chance.

The Nationals have just one lefty projected to make their Opening Day roster in the bullpen—closer Sean Doolittle. Buchter could help Washington improve on their league-worst reliever ERA from a year ago (5.66).

Spring training is just around the corner! Wager on MLB futures now at BetAmerica.