Pete Alonso and the greatest rookie seasons in sports history 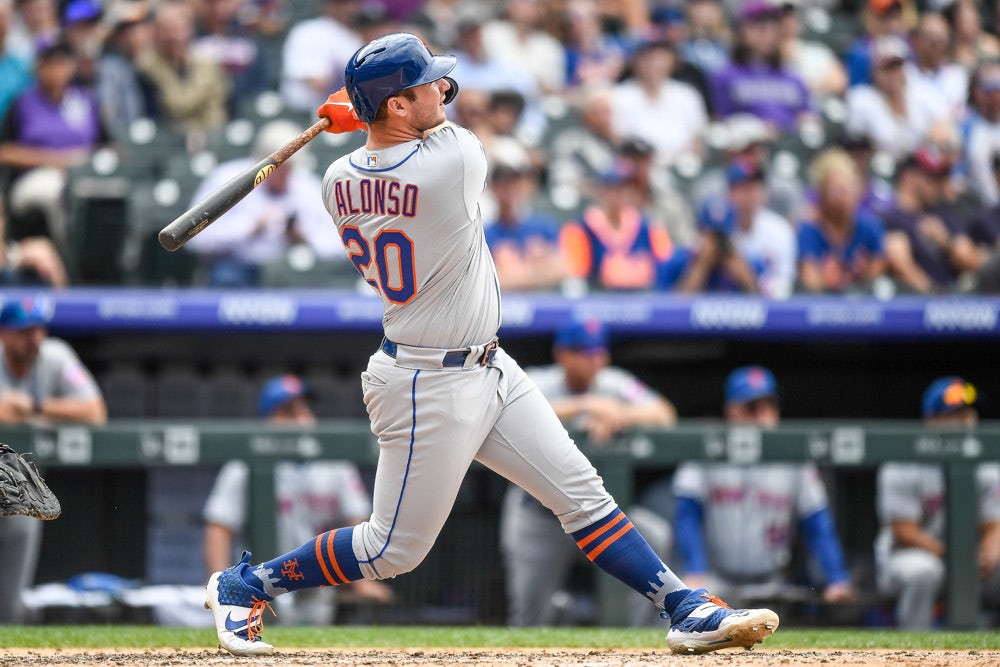 New York Mets first baseman Pete Alonso burst onto the MLB scene with a record rookie season in 2019. Not only did the "Polar Bear" set the Mets single-season home run record with his 42nd home run August 27, but he went on to break the MLB rookie record, as well, with his 53rd homer September 28.

In honor of Alonso’s exceptional performance in his first season as a pro, here is a look at five other athletes who recorded some of the best rookie seasons in sports history.

Finnish hockey star Teemu Selanne went through his first season in the NHL with the Winnipeg Jets in 1992. In his first game as a professional, he recorded two assists in a win over the Detroit Red Wings, then scored his first goal two nights later against the San Jose Sharks.

In the fifth game of his NHL career, Selanne achieved his first hat trick and went on to accomplish three more, plus a four-goal game, in the 1992-1993 season. Selanne ended his rookie campaign with 132 points and 76 goals, both records that stand today for a first-year player.
Selanne received the Calder Memorial Trophy and was named to the All-Star team. His 72 goals by a rookie is a mark that will likely never be surpassed in the modern NHL, considering no player has topped the 70-goal mark since.

While his career has been up and down recently, Jordan Spieth enjoyed one of the most impressive golf seasons by any rookie back when he turned pro in December of 2012.

In 2013 Spieth posted eight top-10 finishes, including a win at the John Deere Classic and second-place finishes at the Wyndham Championship and Tour Championship. Including his second place effort at East Lake, Spieth finished in the top 20 in all four events in the FedEx Cup Playoffs.

Spieth’s start to his PGA career was a sign of things to come. At age 21 and eight months, he became the second-youngest winner of the Masters behind only Tiger Woods. Spieth also won his second major of his career that year at the U.S. Open.

After his junior year at Kansas, Wilt Chamberlain spent one season with the Harlem Globetrotters then entered the NBA. In 1959 he signed a $30,000 rookie contract with the Philadelphia Warriors (Golden State’s precursor) and immediately became the highest-paid player in the league.

In his first game with the Warriors, Chamberlain scored 43 points and pulled down 28 rebounds against the New York Knicks. He continued to put up monster stats, including a 58-point, 42-rebound showing against the Detroit Pistons. In the NBA playoffs he recorded 50 points and 35 rebounds against the Boston Celtics, making him the first—and only—player to put up those kinds of numbers in an NBA postseason game.

Chamberlain averaged 37.6 points and 27 rebounds in his rookie season and broke eight regular-season records in the NBA. He became the first player to be named MVP and Rookie of the Year the same season, a feat only Wes Unseld has accomplished since. Chamberlain also won the NBA All-Star Game MVP award after he tallied 23 points and 25 rebounds for the East.

Fresh off a 26-touchdown season at Marshall, Randy Moss entered the NFL as a first-round draft pick for the Minnesota Vikings. In his first action with the Vikes, Moss caught four passes for 95 yards and two touchdowns against the Tampa Bay Buccaneers.

The future Hall of Fame wideout ended the 1998 NFL season with 17 touchdown receptions, a record for an NFL rookie. He was named a Pro Bowler and NFL Offensive Rookie of the Year and helped the Vikings set the single-season record for scoring (556 points). The New England Patriots later broke that record with 589 points in 2007. Moss signed with the Patriots that year and caught 23 touchdown passes, the NFL record for most receiving touchdowns in a season.

After nearly a decade in Japan’s Nippon Professional Baseball Organization, a 27-year-old Ichiro Suzuki made his MLB debut in 2001.

In one of his first games with the Seattle Mariners, he darted a throw from right field to third base, as Oakland’s Terrence Long attempted to run from first to third on a single. Long was thrown out and the world was put on notice of Suzuki’s tremendous arm strength.

Then came Suzuki’s performance at the plate. The right fielder notched 242 hits in 2001, a record for a rookie, and achieved a .350 batting average. In his only postseason appearance with Seattle, Suzuki batted .600 in the American League Division Series against the Cleveland Indians before the New York Yankees figured him out in the American League Championship Series, which the Mariners lost.

In 2001 Suzuki led the league in both batting average and stolen bases (56), which made him the first player to do so since Jackie Robinson in 1949. He went on to win a Gold Glove and continued to collect the award as an outfielder for the next nine consecutive seasons. He also received the American League Most Valuable Player award and Rookie of the Year in 2001, and joined Fred Lynn as the only players to win both awards in the same season.

Suzuki is the only player in MLB history to win MVP, Rookie of the Year, a Gold Glove, a Silver Slugger Award and start in the All-Star Game in the same season. He’s also the first rookie to lead all players in voting for the All-Star Game.


Get in the swing of things with BetAmerica's Major League Baseball odds and futures.