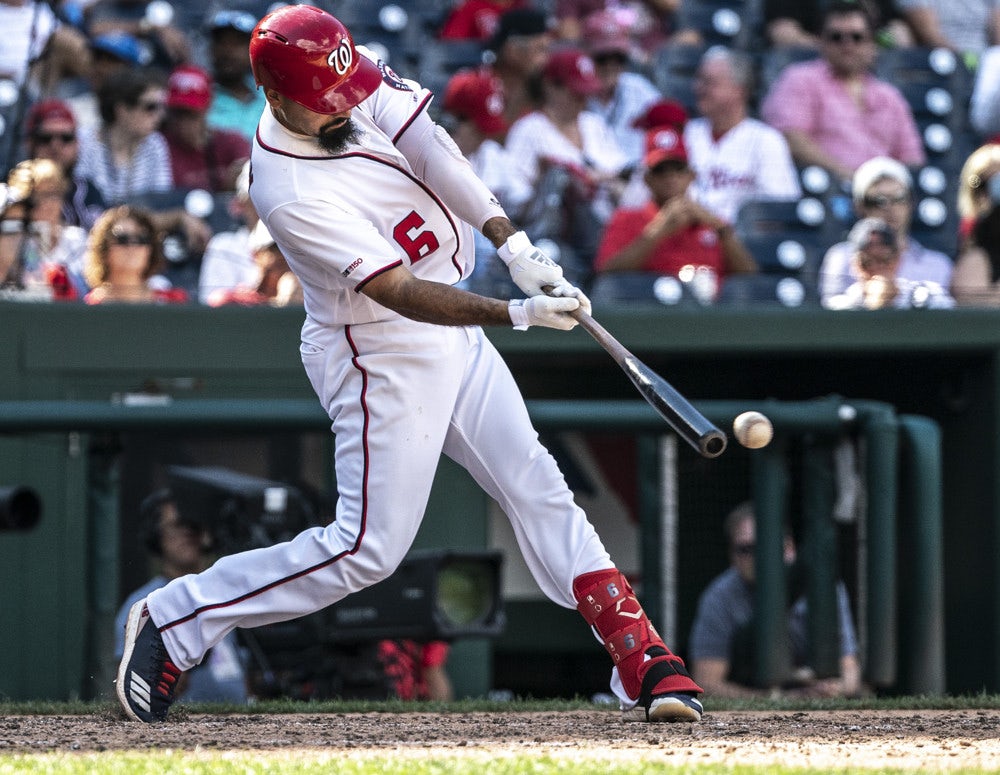 It took 14 years and plenty of heartbreak, but the Washington Nationals have finally won a playoff series. Dave Martinez's scrappy squad has advanced to the NLCS after downing the heavily favored Los Angeles Dodgers in extra innings on Wednesday night. The decisive blow was delivered by second baseman Howie Kendrick, who hit a thunderous go-ahead grand slam in the 10th inning.
It's a shocking turn of events for a club that lagged well behind the Atlanta Braves in the NL East for much of the season, and needed a narrow 1-0 Wild-Card victory over the Milwaukee Brewers Just to sneak into the NLDS.

Washington's odds of winning the World Series have now improved from +800 a day ago to +350 today.

Odds to win the World Series

The Nationals will face the St. Louis Cardinals, who pulled off a tremendous upset of their own by beating the aforementioned Braves in five games. St. Louis set a new MLB postseason record by torching Atlanta for 10 runs in the first inning of their matchup on Wednesday afternoon. The Braves never recovered from the shellacking, and dropped the game 13-1.

The Cardinals owned the Nats in 2019

St. Louis and Washington are far from strangers. The Cardinals won five of their seven matchups during the regular season and outscored the Nationals 26-17 in those contests. Adam Wainwright and the Red Birds silenced Max Scherzer and the Nats 5-1 in their last head-to-head meeting on September 18.

Both teams have yet to announce their NLCS Game 1 starters, but the Nationals are expected to give the ball to Aníbal Sánchez, who last pitched on Sunday against the Dodgers. The crafty 35-year-old right-hander failed to get the win, but he looked sharp, giving up just four hits and one earned run over five innings. Sánchez is no longer capable of blowing pitches past batters, but he does an outstanding job of disrupting their rhythm with his off-speed stuff.

The Cardinals are likely to counter with either Wainwright or Miles Mikolas. The 38-year-old Wainwright previously won a World Series ring with the Cardinals in 2006 and has 25 postseason appearances under his belt. He gave up just four hits and struck out eight over 7 2/3 innings in his last start against the Braves on Sunday. His curve remains a thing of beauty, and has allowed him to remain relevant at an age when most of his peers have long since retired. Mikolas, meanwhile, looked stellar in his first start against the Braves on October 3, and retired the side on 10 pitches on Monday evening in the first relief appearance since 2013.

Game 1 of the NLCS is scheduled for Friday, October 11 at 8:08 p.m. from Busch Stadium and will be broadcast on TBS.


Get in the swing of things with BetAmerica's MLB Parlay Boost!