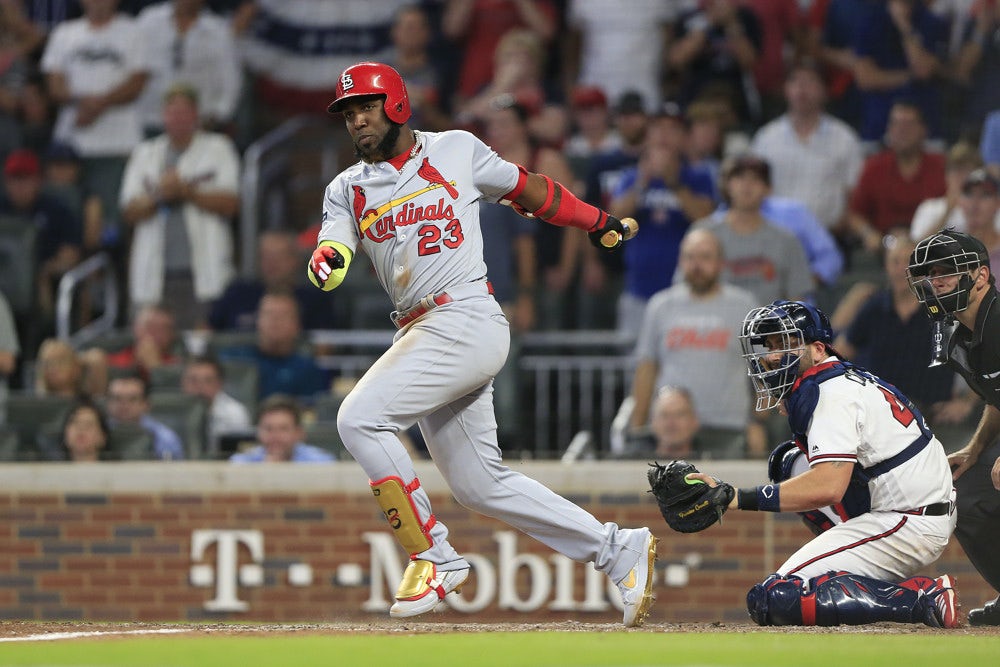 Marcell Ozuna doubles to the outfield during the first game of the National League Division Series between the Atlanta Braves and the St. Louis Cardinals. (Photo by David J. Griffin/Icon Sportswire)

Both the Washington Nationals and St. Louis Cardinals pulled off sizable upsets to reach the National League Championship Series. Let's break down these squads and find out who has the advantage in this best-of-seven series.

Odds to win the NLCS

Cardinals manager Mike Shildt revealed his team's starting pitching plan for Game 1 through Game 4, and Miles Mikolas (9-14, 4.16 ERA) will start the NLCS opener at Busch Stadium. He was 5-6 with a 3.10 ERA in 15 home starts during the regular season and allowed just one earned run in two NLDS appearances (six innings).

The Nationals bullpen was last in ERA during the regular season (5.66), but Sean Doolittle and Hudson did well when deployed against the Dodgers by manager Dave Martinez. They allowed just one earned run in seven combined innings in the NLDS.

The Cardinals relievers were much more reliable in the regular season, with a 3.82 ERA (sixth), but closer Carlos Martinez was shelled by the Braves in the NLDS (six earned runs over 3 1/3 innings).

It's anyone's guess whether these teams will be able to count on their bullpens in the NLCS.

Washington holds a significant advantage on offense. The Nationals were second in the NL in runs score (873) and OPS (.796) during the regular season. Third baseman Anthony Rendon was their MVP prior to the playoffs and was a big reason why the Nats were able to dispatch the Dodgers (.350 average, one homer, five RBIs).

Cardinals left fielder Marcell Ozuna is a streaky hitter, and he is currently on one of his hot streaks. The Dominican slugger went 9-for-21 at the plate against Atlanta, with two home runs and five RBIs. Ozuna has fared well against Strasburg and Scherzer in the past. He is 24-for-80 (.300), with five homers and 14 RBIs, against the aces. We'll see if he can continue his hot hitting in his first postseason.

Have you got baseball fever? Wager on every NLCS and ALCS game at BetAmerica!