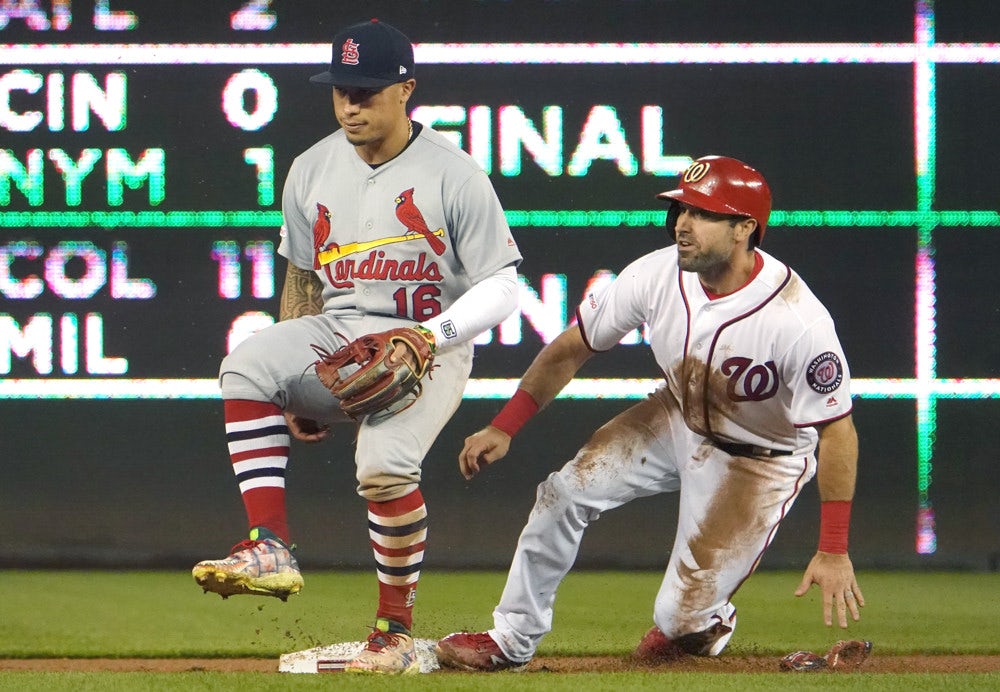 With a commanding 3-0 lead in the National League Championship Series, the Nationals are on the verge of their first World Series appearance. Starter Patrick Corbin will try to seal the deal against Dakota Hudson and the Cardinals at Nationals Stadium on Tuesday night.

Corbin will face a St. Louis lineup that has struggled mightily in this series. The Cardinals have amassed 11 hits through three games, and the outlook for Game 4 is not promising. The Redbirds were 12th in the NL in batting average against lefties (.247) during the regular season, and the supporting cast around Paul Goldschmidt has not fared well in prior tries against Corbin. Infielders Matt Carpenter and Paul DeJong and left fielder Marcell Ozuna are a combined 8-for-42 (.190) all-time against Corbin.

Corbin will be backed by a suddenly strong Washington bullpen that has allowed just one earned run in 5 1/3 innings of work through three games. Sean Doolittle and company are well rested following Monday night's 8-1 Game 3 rout, in which Fernando Rodney and Tanner Rainey were brought in for mop-up duty.

Hudson was last seen in a decent start against the Braves in Game 4 of the NLDS on October 7, when he allowed one earned run on five hits and a pair of walks over 4 2/3 innings. He was 9-3 with a 2.83 ERA on regular rest before the playoffs began (15 starts) but 7-4 with a 3.89 ERA when given five or more days between outings (17 starts). Hudson is prone to surrendering walks, as he allowed more than any other pitcher in the MLB this season, which spells trouble, as the Nationals were fourth in walks drawn in the NL.

The way the St. Louis bats are going in this series, Washington may not need to plate more than a couple of runs to take Game 4 and secure the series sweep.