5 NBA players who would benefit most from a trade 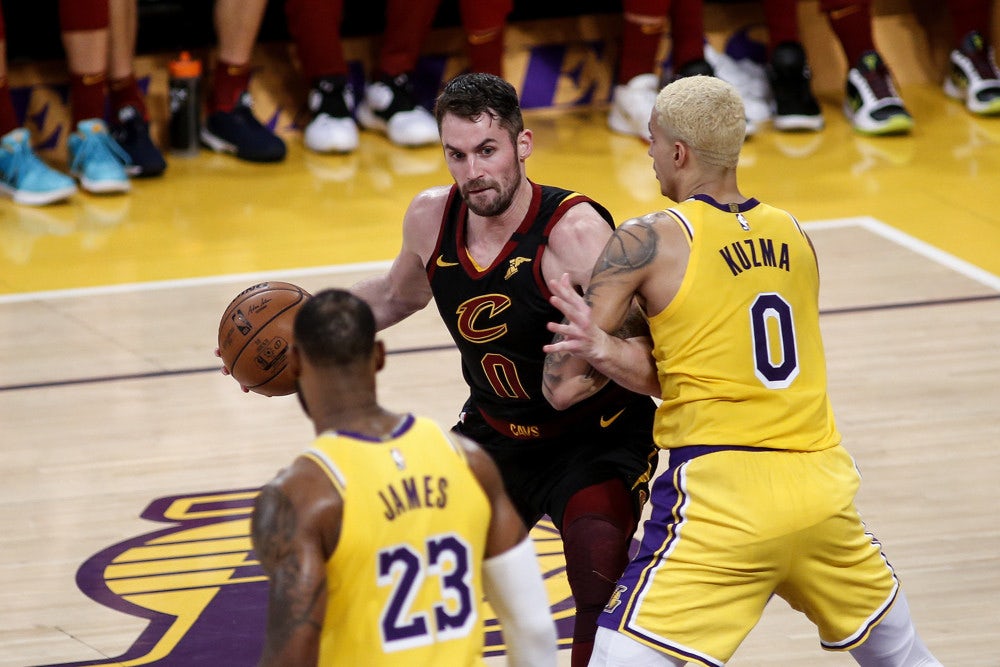 Someone needs to give Kevin Love a hug.

The normally mild-mannered All-Star has been involved in a pair of public outbursts over the past month as the Cleveland Cavaliers continue to sink like a stone to the bottom of the Eastern Conference standings. On Dec. 31 Love had an emotional confrontation with Cleveland Cavaliers general manager Koby Altman after demanding to be taken out of a blowout loss to the Toronto Raptors. One week later, he expressed visible frustration with teammate Collin Sexton in another lopsided loss to the Oklahoma City Thunder.
Love’s mounting dissatisfaction has been one of the NBA’s juiciest storylines this season. The former world champion clearly doesn’t want to be on a bumbling, lottery-bound team, and the Cavaliers would almost certainly love to unburden themselves of the three years and $91.4 million remaining on his gargantuan contract.

Love's story is a common one in the NBA, where players frequently find their talents going to waste on non-contending teams. In honor of his predicament, here are five other players who could benefit from an immediate change of scenery.

Few players have been hotter lately than Zach LaVine, who has scored 40 points twice in his last six outings and is averaging a career high 25 points per game. Unfortunately, his hefty production has been wasted in Chicago, where the Bulls are 22 games out of first place and appear destined to miss the playoffs for the third straight season.

Losing is one thing, of course, but LaVine has also had to deal with the old school approach of head coach Jim Boylen, who has repeatedly bullied his star and has disparaged him in public. Boylen's tactics may have worked years ago when he first broke into the league, but they're no longer effective with modern players like LaVine. It's time to separate these two before their already precarious relationship erodes any further.

Vince Carter has done nearly everything in his 22 year career. Everything, that is, except win an NBA championship. The 42-year-old appears to be happy enough playing meaningless minutes on the 10-33 Atlanta Hawks, but just imagine how much more valuable he would be to a contending team in need of a veteran voice in the locker room. Carter has seen it all during his four decades in the Association and could be an ideal mentor to younger teammates with limited playoff reps.

The Detroit Pistons have missed the playoffs in five of Andre Drummond's seven seasons in Motown and are once again among the league's bottom dwellers thanks to injuries to Blake Griffin and Reggie Jackson. Drummond will be a free agent this summer and several teams, including the Hawks and Knicks, have expressed interest in securing his glass cleaning services. We'd personally prefer to see him end up in Dallas, where he would have far better odds of achieving postseason success and he could feast on meaty lobs from Luka Doncic. Your move, Mark Cuban.

Kevin Love isn't the only Cavalier who appears to be fed up. Tristan Thompson is also tired of Cleveland's youth movement and has recently sought to distance himself from John Beilein after the rookie head coach called his players thugs during a video session. When asked to comment on the incident, the 28-year-old Thompson didn't exactly provide a ringing endorsement. “At the end of the day, he’s our head coach," he said. “We’re the players, and have to go out there and play and do our job at the end of the day. So, that’s all that matters.”

It's unlikely that Beilein and Thompson will ever see eye to eye. Cleveland should do the rugged power forward a solid and send him to a contender where his heart and hustle will be truly appreciated.

Remember Andre Iguodala? We don't blame you if you don't. The three-time NBA champ hasn't played a single minute since being dealt from the Warriors to the Grizzlies on July 7 in an effort to clear cap space. Iguodala now exists in a state of basketball purgatory: Memphis won't play him, but they also won't release him.

The good news for Iggy is that the Grizzlies remain "adamant" they will trade him before the deadline, and contenders like the Lakers, Clippers and 76ers have all expressed interest. Let the countdown begin!


Get in the game with BetAmerica's NBA odds, props, and futures!