Are the Raptors a good bet to repeat? 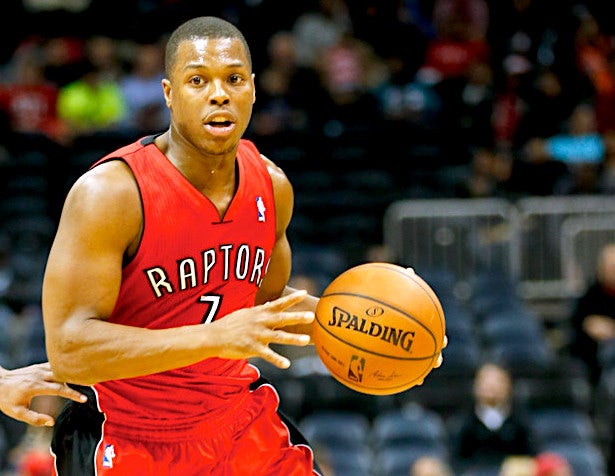 The hottest team in the NBA right now isn’t the Milwaukee Bucks or Los Angeles Lakers.

It’s the Toronto Raptors – the team that not many were giving much of a chance to contend this season following the departure of 2019 NBA Finals MVP Kawhi Leonard.

The Raptors have won 14 in a row going into action on Monday. They’re second in the Eastern Conference standings and are among the best teams in the conference despite the void that was left when Leonard chose Hollywood.

As we get closer to the playoffs, a previously unthinkable question should now give us at least pause for thought: Are the Raptors a good bet to repeat as NBA champs?

Odds to win the 2020 NBA Championship

The road back to the NBA Finals will likely have to go through Milwaukee in the Eastern Conference.

The Bucks have the best offense in the league. They have the reigning regular season MVP in Giannis Antetokunmpo. And they’re favorites to win the conference – and the NBA Championship – for a reason.

Despite the absence of a big-name star in their lineup, however, the Raptors have worked their way up to second in the conference thanks to the play of Kyle Lowry, having one of his best seasons at age 33.

Pascal Siakam has taken a major step this year. At the age of 25, he’s now averaging almost 35 minutes a night and putting up 23.4 points per game. Both stats are career highs, and his points-per-game average is among the top 15 in the league.

Others like Serge Ibaka and Fred VanVleet have needed to step up this season, and so far, they’ve been equal to the task. Both are on pace for career-highs in points per game.

But with odds of +2500 to win the NBA Championship, the Raptors present an good value proposition at the moment, particularly if bettors believe the Raptors stand a good chance of getting to the Eastern Conference Final in a few months.

Based on the events of last year, you have to believe it’s certainly possible the Raptors could pull off an upset once they get there.

The Raptors currently have the best odds to win the Atlantic Division, currently +120 at BetAmerica on Monday. They’re followed closely by the Boston Celtics at +140.

If you look at the NBA Championship market versus the Atlantic Division market, bettors might be more bullish on Toronto to win the division. Their current win streak has given them a 1.5-games lead over the Celtics.

Boston was, as of Monday, also on a hot streak with seven straight wins.

The Raptors and Celtics face each other once more in the regular season. That game goes March 20 in Toronto.

Raptors schedule gets tougher from here

Of those 14 wins, four were against teams with a winning percentage above the .500 mark.

Looking ahead, the Raptors still have three games against the Bucks. They play the Pacers, 76ers, Celtics, and Heat each once more. They’ll face the Lakers, Nuggets, and Rockets.

There are plenty of opportunities ahead to see how the Raptors stack up to other contending teams in the league.

Get in the game with BetAmerica's NBA odds, props, and futures!