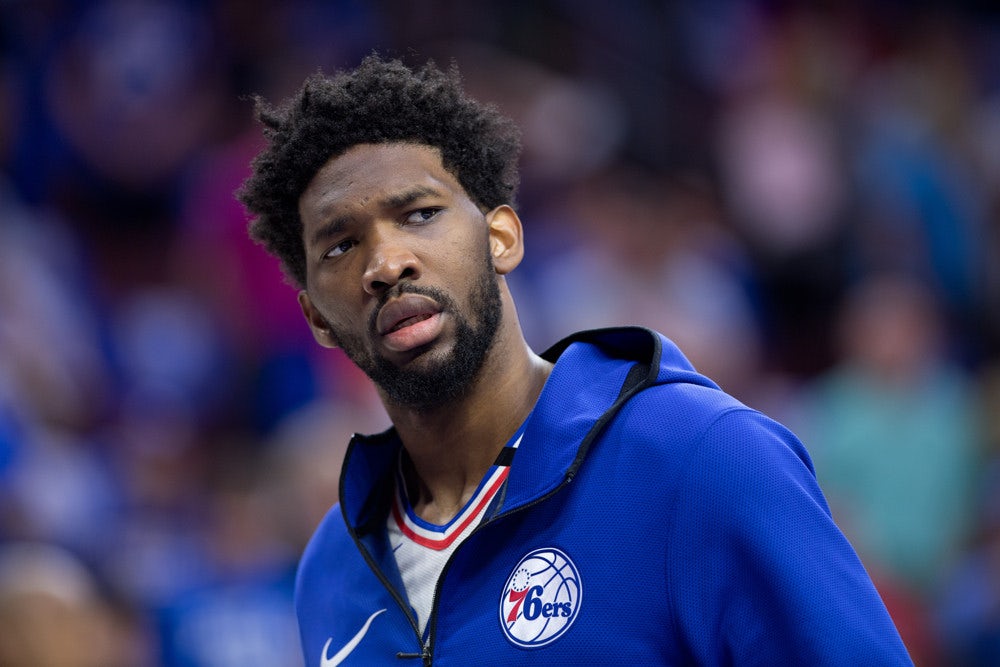 Oddsmakers are losing faith in Philadelphia. The 76ers’ odds of winning the 2020 NBA Championship have lengthened from +1000 one week ago to +1400 today, despite a pair of aggressive moves at the trade deadline that bolstered the team’s depth and improved its long-term flexibility.

Philly has the league’s fourth-best title odds, behind the Los Angeles Clippers, Los Angeles Lakers, and Milwaukee Bucks, all of whom are deadlocked at +300.

Odds of winning the 2020 NBA Championship

Sixers general manager Elton Brand suspected Philly’s offense would regress after it lost Jimmy Butler and JJ Redick in the offseason, but even he must be shocked by just how much his team has struggled to score. The 76ers rank 20th in offensive rating this year and are 16th in three-point accuracy.

The biggest culprit, once again, has been Ben Simmons, who continues to flee from the three-point arc, as if it were wrapped in barbed wire. The former Rookie of the Year has only taken six three-pointers this season and has stubbornly refused to launch from deep, despite the repeated coaxing of head coach Brett Brown.

Simmons’ lack of range has made life especially miserable for Joel Embiid, as opposing teams regularly pack the paint against the big man. The result has been more double coverage and the lowest field-goal percentage of Embiid’s four-year career.

The Sixers’ bench has no pop

Philadelphia’s starting five has as much star power as any rotation in the NBA, but the team’s bench is full of more dead weight than the hull of the Titanic. The Sixers’ reserves rank 27th in scoring and 24th in field-goal percentage this season, and have repeatedly proven unable to generate offense when the team’s top scorers take a breather.

Philadelphia made a move to bolster its bench at the trade deadline by acquiring Glenn Robinson III and Alec Burks, but it remains to be seen how much they’ll contribute. The two players are veteran journeymen, whose recent stats were inflated on an awful 12-41 Warriors squad.

Philadelphia has been a wreck on the road

In order to capture a championship, you have to be able to win on the road, and that’s where the Sixers have fallen short. Philadelphia is just 9-19 this season away from the friendly confines of the Well Fargo Center.

It’s one thing to fall to Western powerhouses like Utah and Denver, but it’s another thing altogether to lay an egg against the likes of Phoenix, Orlando, and Washington. If the Sixers can’t beat up on the league's cellar dwellers, what hope do they have against an elite team in a seven-game championship series?

Should you take a flyer on Philly?

Philadelphia’s longer odds are attractive, but mostly in a lipstick-on-a-pig kind of way. The Sixers are a fatally flawed team, whose offensive deficiencies will catch up to them in the postseason.

If you’re looking for a surer bet, we recommend putting a few "bucks" on Milwaukee. Coach Bud’s team has the best record in the NBA and ranks in the top three in offensive and defensive rating. Giannis Antetokounmpo and company have grown from last year’s disappointing playoff ousting and appear destined to capture the franchise’s first title since 1971.

Sports Betting is now in PA with the BetAmerica Sportsbook in partnership with Presque Isle Downs & Casino!