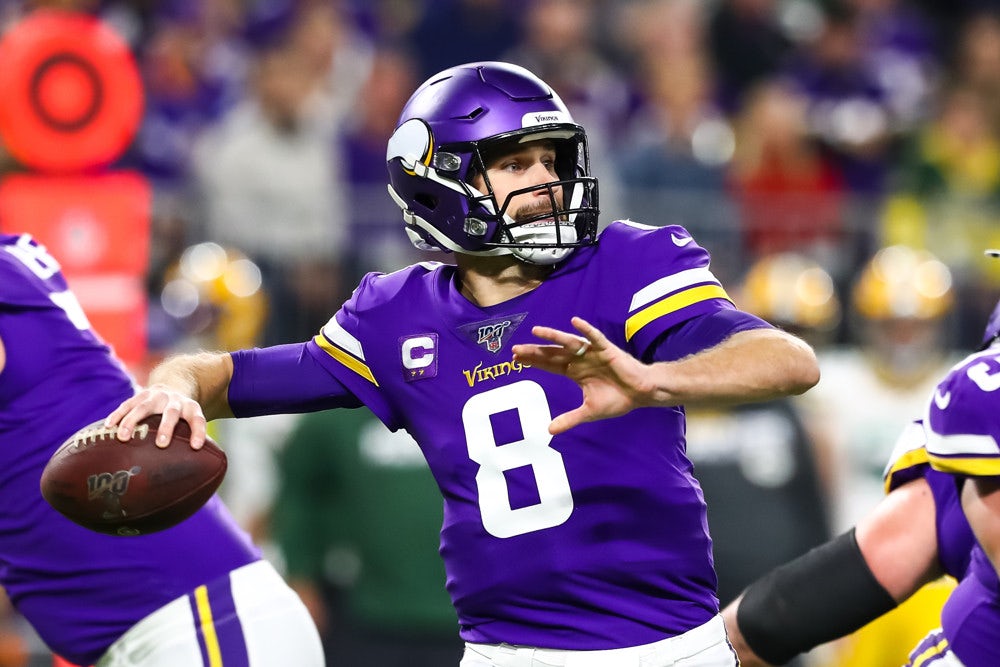 The No. 1 seed in the NFC kicks off its playoff campaign with the first game of the Divisional Round, as the San Francisco 49ers host a home game against the visiting Minnesota Vikings, the NFC’s No. 6 seed, on Saturday. The 49ers were 13-3 straight up during the regular season and had a 9-6-1 record against the spread. The Vikings finished the season 10-6 straight up, 9-7 ATS and won outright as a big underdog in New Orleans during the Wild Card round.

Vikings and 49ers have both surpassed expectations

The Vikings were 20-1 to win it all while the 49ers were 40-1 at the start of the season. Despite their similarities in game-to-game ATS records, the 49ers have clearly exceeded expectations to a greater extent than any other team in the NFL, other than the Baltimore Ravens.

The 49ers’ success has come from improvement in both facets of the game. Their offense went from 21st to second in a year, while their defense went from 28th to eighth. The offense is led by quarterback Jimmy Garoppolo, who finished the season third in pass yards per attempt and fourth in completion percentage.

They’ve had some bad injury luck in the final quarter of the season, but on offense they still have Tevin Coleman and Raheem Mostert, who are capable of breaking big plays at running back, and the addition of wide receiver Emmanuel Sanders mid-season has been a major boost to their offensive firepower.

Minnesota's offense has been humming

The Vikings' season began with star wide receiver Stefon Diggs being disgruntled and looking for a trade, and has transitioned to inspired play on both sides of the ball, as the team really seems to believe it is capable of running the table.

Quarterback Kirk Cousins has been a polarizing player in recent years, showing flashes of brilliance and flashes of mediocrity. But the Vikings have serious offensive talent, with running back Dalvin Cook back and healthy from a shoulder injury, along with Diggs and Adam Thielen—one of the better receiver duos in football. Tight end Kyle Rudolph is an incredible red zone weapon as well.

If the defense can play like it did at its peak in 2017 and 2018, and occasionally in 2019, the Vikings are a to make a deep playoff run. Defense lineman Everson Griffen and Danielle Hunter are elite pass rushers who create nightmares for opposing quarterbacks.

San Francisco will benefit from their bye week

The Vikings may very well be the more well-rounded team, but there’s something to be said in the NFL for playing a home game after a bye week against a team that just played an emotional road game. The 49ers will get star defensive end Dee Ford back from injury, and head coach Kyle Shanahan is a modern-day leader who understands the evolving dynamics and metrics of football. The Vikings will put up a fight, but the 49ers have a clear path to the Super Bowl this year, and it begins with a big win at home this Saturday.

Who do you like this week in the NFL playoffs? Check out all the matchups at BetAmerica!