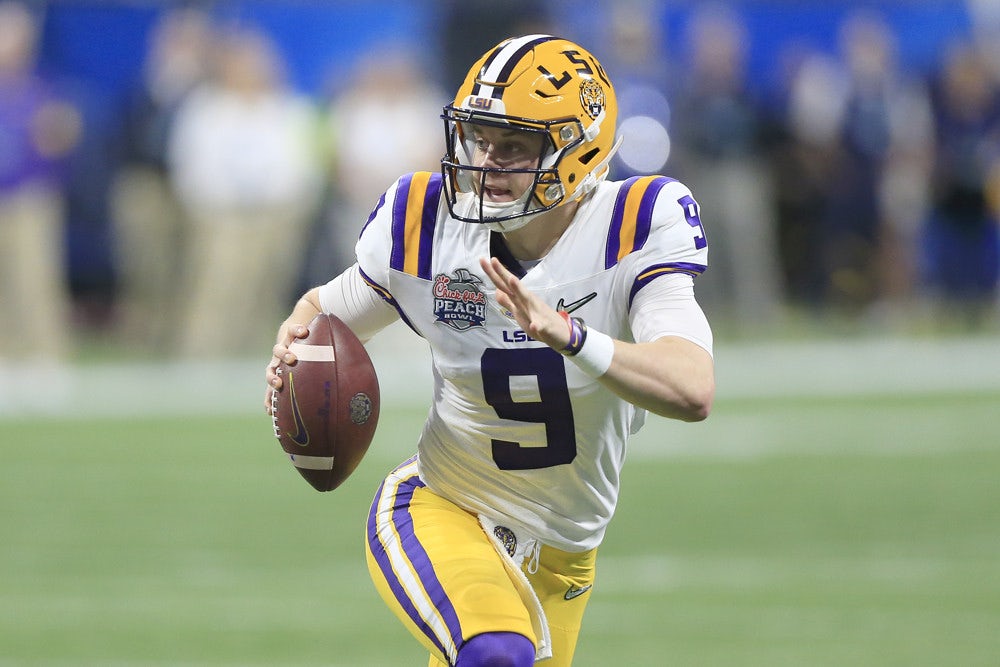 Any mock draft is destined to be wrong come draft day, as player revelations, trades, and questionable decisions by general managers merge in a mosh pit of fear and hope. But it’s still fun to forecast the future. Let’s take a look at the top 10 picks in the 2020 NFL Draft.

This is a bigger lock than Burrow was to win the Heisman. Cincinnati has a young coach heading into his second year and an aging quarterback. It’s time to reboot the franchise with the best prospect the NFL has seen in years.

Young is far and away the most skilled non-quarterback in this year’s draft, so this is a no-brainer for the struggling Washington franchise. He will contribute immediately.

Okudah is an incredible talent with impressive athleticism, understanding, and size. He has faced multiple NFL-caliber wide receivers and succeeded against them. He will be a successful defensive back for many years in a league that is passing more and more.

It’s difficult to project which offensive lineman will grade the highest, but my prediction is that new Giants head coach and former Alabama staffer, Joe Judge, will appreciate the toughness Wills brings to the table. The Giants drafted their franchise quarterback last year, and their franchise running back two seasons ago. Now they need to make the moves to aid their franchise stars.

Before he broke his hip, Tagovailoa was slotted to be the first overall pick. He eviscerated defenses en route to some of the most efficient quarterbacking college football has seen. Despite his injury concerns, Tagovailoa is young enough to bounce back fully healed and has shown his ceiling is worthy of a top pick.

Philip Rivers is aging and the Chargers need a franchise replacement. Herbert is a West Coast kid, who should fit in with his spread-offense background. I don’t believe Herbert is good enough to warrant this high of a pick, but others do.

Brown is considered a top 10 pick because of his immense talent. Other than quarterback, there is no position in the NFL more important than defensive line.

Becton is 6-foot-7, weighs 369 pounds, and has a very high ceiling. Quarterback Kyler Murray needs protection, and Becton might be exactly what he needs.

When the Jaguars parted ways with Jalen Ramsey, they lost two things—a versatile defender who can play multiple positions excellently, and a winner. Simmons is both.

It feels like the Browns are set on getting offensive-line help. The name they'll end up with depends on how the offensive lineman grade in the next couple months, but expect whichever top-rated offensive lineman is left at this point to get taken by the Browns.

The 2020 NFL Draft kicks off April 23. Wager on who will be selected first at BetAmerica.