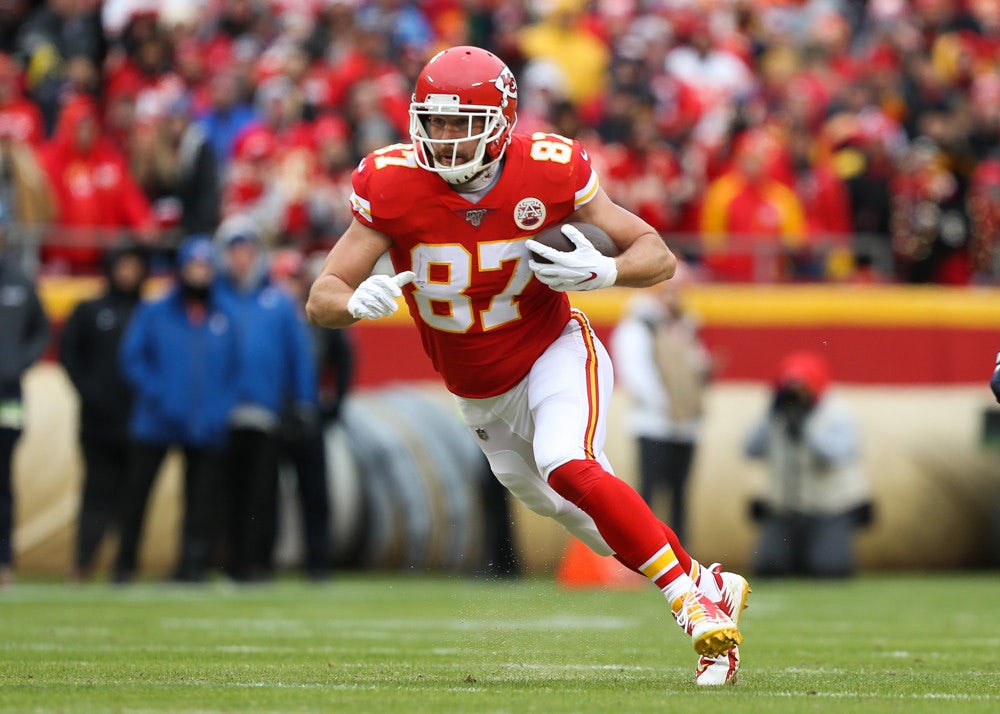 Super Bowl LIV features a classic style-meets-style matchup. From the AFC, we have the Kansas City Chiefs, whose pass-heavy offense features explosive weapons like Patrick Mahomes, Travis Kelce, and Tyreek Hill. From the NFC, we have the San Francisco 49ers, who were second to only the Baltimore Ravens in rushing yards per game this season.

The 49ers were such a sledgehammer in the NFC Championship Game that they only needed to pass the ball eight times. Whose style will prevail? Which matchups will determine the outcome of Super Bowl LIV?

The battle in the middle

If the 49ers are simply able to hand the ball off to Raheem Mostert up the middle for five yards or more at a time, the game is over. There is really no need for analysis beyond that. But there is evidence that makes me believe it won’t be that simple.

Despite the Chiefs’ weak rushing defense numbers for the year, there was an appreciable improvement right around the time of their bye in Week 12. That improvement largely came because the Chiefs got more play out of defensive tackles Chris Jones and Mike Pennel. Among the Chiefs’ front seven defenders, these two fared the best against the run (74.8 and 77.3, respectively, according to Pro Football Focus). Jones also doubles as the team’s best pass rusher.
Another interesting twist occurred since the playoffs started, as Chiefs defensive coordinator Steve Spagnuolo has played middle linebacker Reggie Ragland for 59 snaps in two playoff games, after he only played 235 snaps during the regular season. Ragland shines in run stopping in a way the other Chiefs linebackers do not. San Francisco’s guards, Laken Tomlinson and Mike Person, are its worst run blockers, so there may be some opportunity for the Chiefs to go toe-to-toe against this dynamic running game.

Mahomes vs. the 49ers pass defense

Mahomes loves his bevy of receiving riches. Tight end Travis Kelce and wide receivers Tyreek Hill, Sammy Watkins, Mecole Hardman, and Demarcus Robinson are all threats to score. They will be met with a stiff challenge from the San Francisco secondary. Richard Sherman finished the year as the No. 1 cornerback, according to PFF (90.2 rating). Jimmie Ward was not far behind as the No. 3 safety (85.1). Add in K'Waun Williams, Emmanuel Moseley, and Jaquiski Tartt, and you’ve got the horses to punch back against a prolific pass offense.

I favor the Chiefs in this matchup. If you look at the 49ers’ schedule, they struggled most defending dual-threat quarterbacks. The Cardinals were only 5-10-1 this year, yet San Francisco struggled to beat Kyler Murray’s squad. The 49ers were 1-1 against Russell Wilson’s Seahawks and lost to Lamar Jackson’s Ravens. They went 12-1 against drop-back quarterbacks. Mahomes mobility could be a deciding factor in this game.

These two will not be on the field at the same time, but whichever team’s tight end has a greater impact on the game will go a long way toward determining the eventual winner.

These are probably the best two tight ends in football. Kelce was fourth in the NFL in receiving yards and first among tight ends. He had a huge hand in the comeback from 24-0 against the Texans (134 yards and three touchdowns). Kittle is no receiving slouch, but he has just as much impact in the run game, where he delivers pancake blocks to spring San Francisco running backs for huge chunks of yardage.

Kittle or Kelce? Who will have more handprints on the game script to help usher his team to the trophy celebration at midfield?


Unless you're into the Pro Bowl, the last meaningful football game of the season is right around the corner. Check out BetAmerica for all your Super Bowl wagering needs!