3 reasons you shouldn't bet against the New England Patriots 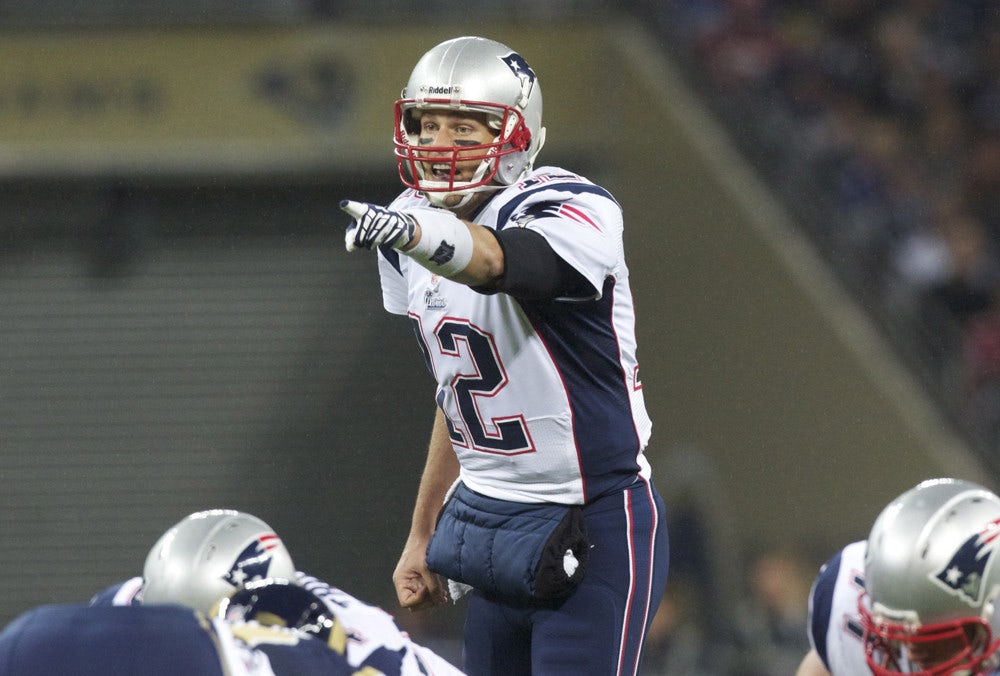 With what seems to be their new annual tradition of losing to the Miami Dolphins out of the way, the New England Patriots will turn their attention to the NFL Wild Card weekend and a matchup against the Tennessee Titans.

The Patriots are favored (-5) at home Saturday, but they aren’t entering the playoffs full of momentum, with three losses in their final five games. Two of those losses were against the Baltimore Ravens (Super Bowl favorites at +225) and the Kansas City Chiefs—two teams the Patriots may have to go through to reach the Super Bowl.

Last year Patriots receiver Julian Edelman told doubters to “bet against us.” Here are three reasons why you shouldn’t do that.

Have fun breaking through the Patriots defense

What the Titans have done in the final 10 weeks of the season is impressive. They have the league’s leading rusher, Derrick Henry, and their offense put up 25.1 points per game, good for 10th in the league.

Not bad for a team that benched Marcus Mariota and promoted Dolphins castoff Ryan Tannehill to the starter’s job in Week 7, which led to a mid-season turnaround and playoff berth.

As good as Tennessee’s offense has been since then, it will face one of the stingiest defenses in the NFL—on the road. The Patriots defense allowed only 14.1 points per game and didn’t give up much on the ground—only 95.5 rushing yards per game and seven touchdowns.

If New England’s defense holds up against the Titans’ run game, it puts the pressure squarely on Tannehill.
Free of Adam Gase’s coaching, Tannehill has looked very good, but he has never played a playoff game.

While much improved, Tannehill will face a defense that had a turnover ratio of +21, and in the past he has been susceptible to interceptions.

It happens to the best of them. Yes, Bill Belichick can be out-coached, and that’s what happened in the Patriots’ regular season finale against Miami.

It was an ugly, costly loss. But with Belichick, it’s unlikely to happen two weeks in a row, even if the man on the other sideline, Mike Vrabel, is familiar with his tendencies as a former Patriots player.

Tom Brady, at age 42, clearly isn’t the quarterback he once was, Edelman has been playing through an injury and the Patriots don’t have Rob Gronkowski anymore.

But the Patriots do have that defense, and one of the greatest coaches, who has been able to masterfully game plan for opponents nearly every week. You’ll recall he took Sean McVay to school in last year’s Super Bowl.

Coaching is paramount to a team’s success, and the Patriots have the edge over many other teams in that department.

Patriots play their best in the playoffs

The Patriots have the benefit of playing in one of the weakest divisions in the NFL. But when it’s playoff time, it’s like this team turns into a machine.

There were doubters, of course—people who thought last season the beginning of the end for the dynasty. Then the Chargers rolled into Gillette Stadium and were promptly run out of the building.

The Patriots took out the high-flying Kansas City Chiefs in the AFC Championship next, and shut down the Rams in the Super Bowl. Their offense came alive with a run game that suddenly transitioned from averaging 127 yards per game in the regular season to 161 in the playoffs.


The NFL Playoffs have finally arrived! Wager on every minute of every game at BetAmerica.