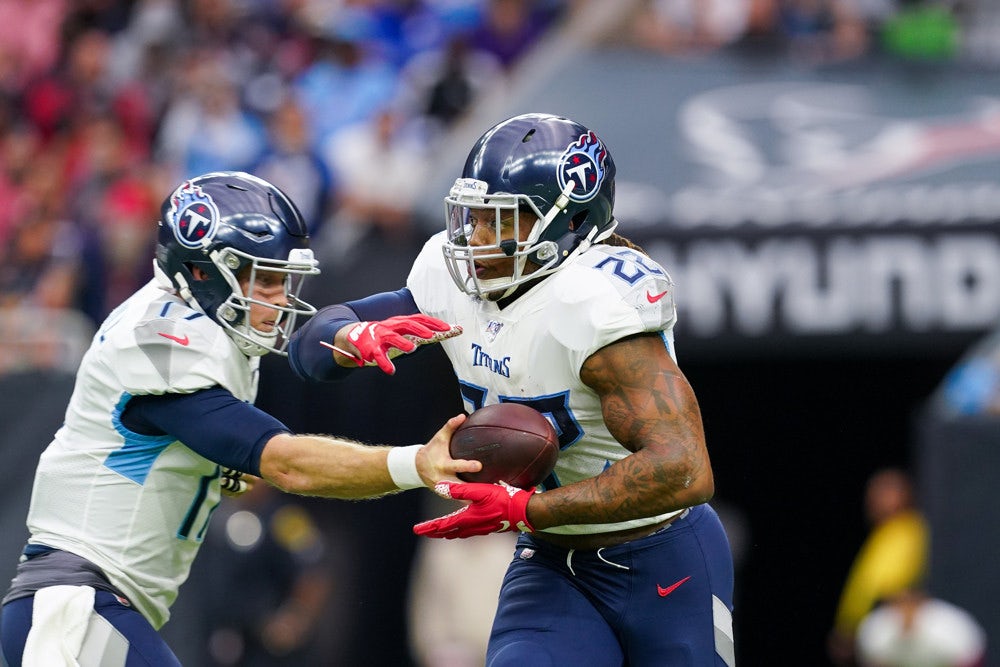 Sparks will fly Sunday, when the upstart Tennessee Titans take on the Kansas City Chiefs at Arrowhead Stadium in the AFC Championship Game.

The Titans have been a different team in the postseason

It’s not the AFC Championship Game we predicted, but it’s a game of intrigue nonetheless. Who are the Tennessee Titans, anyway? That depends when you looked in on their season.

If you checked in on them early in the season, you would find a 2-4 team led by indecisive quarterback Marcus Mariota, a woebegone power running game that featured Derrick Henry averaging less than 70 yards per game on the ground, and some serious confusion about who was the No. 1 playmaker in the receiving corps (at the time A.J. Brown averaged 45 yards per game).

Henry has been a beast

If you are just now tuning in, however, you will find a team that finished off the regular season on a 9-3 run and has replaced Mariota with Ryan Tannehill—who leads the NFL in passer rating and yards per attempt and is third in completion percentage. Henry is now averaging 125 yards per game rushing. In back-to-back weeks, these Titans have gone into Foxborough and Baltimore to win as substantial underdogs.
It seems surreal, but the Titans are one more enormous upset away from a return to the Super Bowl for the first time in 20 years—when Steve McNair and Eddie George were in the backfield.

Kansas City has been explosive

The Titans' opposition is the Kansas City Chiefs—the NFL’s metaphoric dynamite. The Chiefs were down 24-0 early in the second quarter last week against Houston, then they ignited.

Before the half was done, Patrick Mahomes had four touchdown passes (three to Travis Kelce), and the Texans’ lead evaporated. Tthe Chiefs finished the game on a 51-7 run and emphatically punched their ticket to the AFC Championship Game.

The Chiefs' defense has been rounding into shape

For some reason the Chiefs were overlooked after a 4-0 start to the season. The Colts bludgeoned Kansas City’s defensive line in a 19-13 road win, Mahomes got injured, and the NFL viewing public seemed to move on to the Ravens and Patriots as the top AFC contenders. But even in Mahomes’ absence, the Chiefs went 2-1, and during that span defeated one playoff team (Vikings) and lost a close game to another (Green Bay).

Kansas City’s defense started to round into form around Week 11 and has only allowed 14 points per game since. This team has shown conference-championship mettle for almost the entire season and is one home win away from its first Super Bowl appearance since 1970.

I’ll pick the Chiefs here, and I’ll pick them again in the Super Bowl. At this point the opponent is irrelevant. I liked the Chiefs once the playoffs were set, and I especially like them now that they have shown they are capable of blowing out an opponent after a disastrous start. Their comeback from 24 points down will go down as the defining moment of the playoffs and will be the catalyst for their Super Bowl run.

Do you think the Chiefs will roll? Or can the Titans hang tough? Bet your opinion at BetAmerica!