Chiefs look to put past playoff disappointments behind them 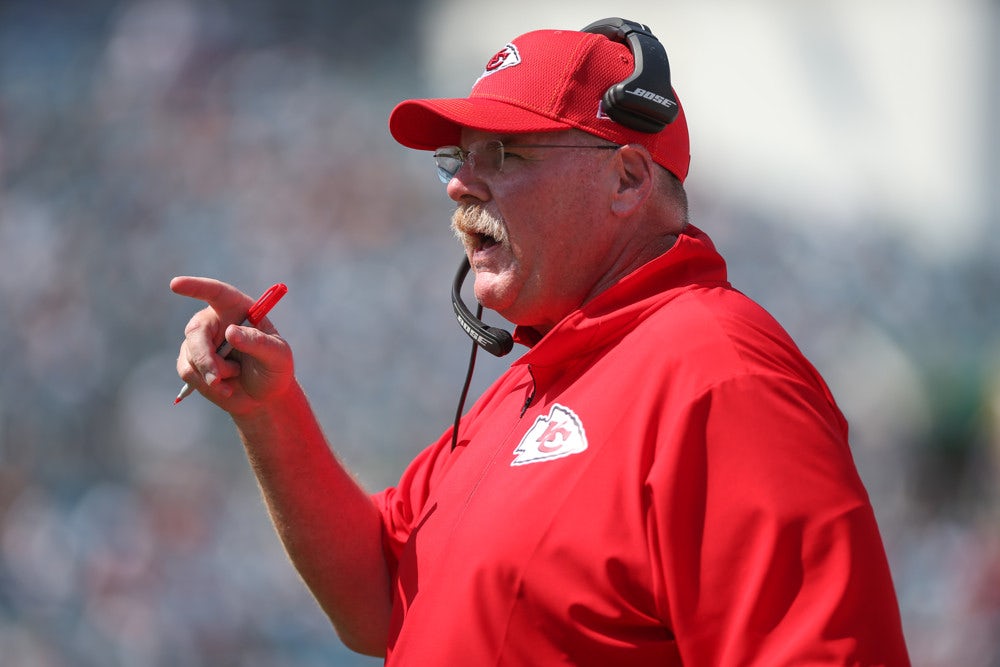 The Kansas City Chiefs under Andy Reid have provided hope and prosperity in the regular season, but have found crushing defeat in the playoffs.

Since 2013 the Chiefs have a regular-season record of 77-35, with playoff berths in six of seven years. The postseason, however, has turned into an annual event of heartbreak.

The Chiefs have been so close, yet so agonizingly far away

Each of the last five times the Chiefs were eliminated from the playoffs, they lost by seven points or fewer. In two of those games, the Chiefs lost by one agonizing point.

They have coughed up huge leads in the second half, roared back in the fourth quarter only to lose in overtime, had clock-management issues, been called for costly penalties that took points off the board, and they’ve had had unimaginable defensive breakdowns.
At first glance the Chiefs should have a step on the Tennessee Titans in the AFC Championship Game on Sunday.

Kansas City has a potent offense, led by quarterback Patrick Mahomes and the amazing throwing arm he possesses, and its defense has been better in the second half of the season.

The Chiefs enter this game as seven-point favorites at BetAmerica. They also currently have the lowest odds to win the Super Bowl.

The expectations for this group could not be higher, especially with the way Mahomes led his offense in the Divisional Round against Houston, when he threw for 321 yards and five touchdowns.
The elimination of the Baltimore Ravens last weekend only adds to the expectation that the Chiefs should be Super Bowl bound.

Can the underdog Titans pull off three straight upsets?

Not many were giving the Titans much of a chance for a lengthy playoff run this year.

Defeating New England was a possibility, but Tennessee was still an underdog. The Patriots hadn’t looked right on offense for quite some time, and their defense could only do so much to give them a chance. The opportunity for an upset was there.

But going into Baltimore and dominating Ravens, the best team in the AFC during the regular season, the Super Bowl favorite, and a double-digit favorite for that game—now that’s different.
One of the most notable stories in the playoffs has been the play of Titans running back Derrick Henry. Stopping the Titans’ seemingly unstoppable run game will be the top priority for Kansas City’s defense.

Henry has showed no signs of slowing down. If Tennessee can establish the run early, it could significantly reduce the amount of time Mahomes and the Chiefs offense has to operate.

The Titans have certainly made believers of football fans and pundits thanks to their last two upset wins.

The stage is set for a happier chapter in Chiefs’ history, but...

If the Chiefs lose Sunday, prepare for an onslaught of the narrative that this team, for all the talent and excitement it brings to the game, simply cannot get it done at the most critical times.

The memory of past disappointments is likely to be revived the instant there is even the hint of trouble, as it was last week early in the game against Houston.

The stage should be set for the Chiefs to shed years of disappointment and write a happier chapter in franchise history.

They should have just too many weapons for the opposition to overcome. Otherwise it’s just one more disappointing end to a season filled with hope.


Four teams remain in the NFL Playoffs. Wager on which one will win the Super Bowl at BetAmerica!