How to throw the best Super Bowl party 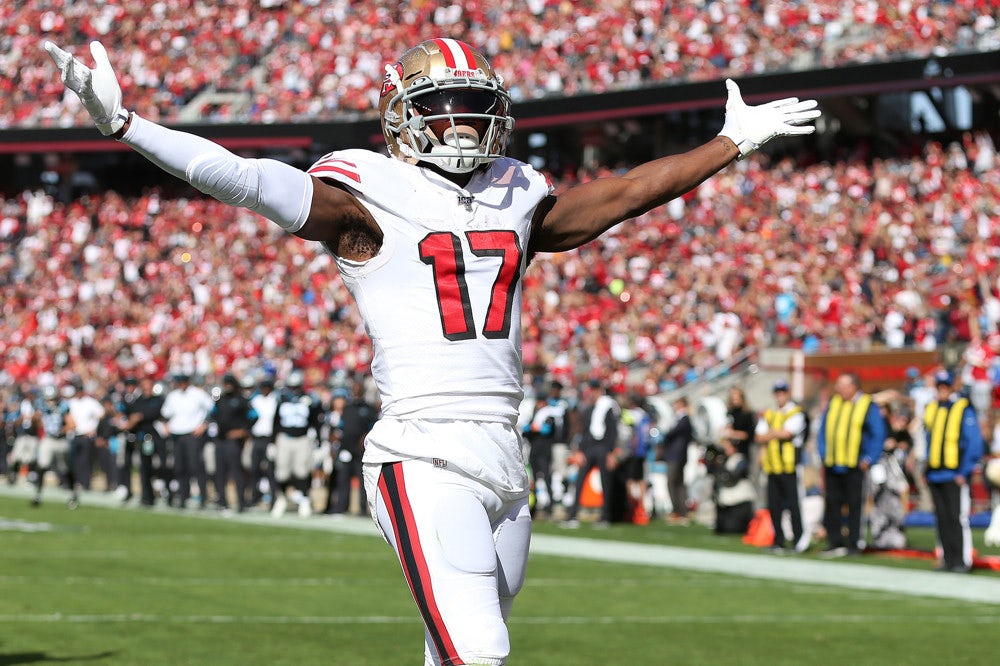 Even if your team didn’t make the big game, chances are you’ll be tuning into the Super Bowl on Feb. 2 in Miami.

For those planning to host a party for the occasion, BetAmerica has you covered on what to cook, how to decorate, and most importantly, how to bet on Super Bowl LIV, featuring the Kansas City Chiefs and the San Francisco 49ers.

How to bet on the Super Bowl

The Super Bowl is the most popular sports betting event each year in the United States. In Nevada alone last year's Super Bowl, between the Los Angeles Rams and New England Patriots, brought in nearly $146 million in handle. That amount fell just short of the record set by Super Bowl LII, which featured the Patriots and Philadelphia Eagles.

It’s common to bet the moneyline (or outright winner), the point spread, or Over/Under during an NFL game, but during the Super Bowl there are countless opportunities to earn money on pregame, postgame and in-game proposition bets, too.

At BetAmerica you can find a multitude of lines on props, such as first-half spread, number of passing touchdowns by Chiefs quarterback Patrick Mahomes, George Kittle’s receiving yards, first touchdown scorer, and more.

Another excellent bet to make is on the Super Bowl MVP winner. Mahomes is the top choice at +100 odds, and 49ers quarterback Jimmy Garoppolo (+200) is next in line.

Running back Raheem Mostert enjoyed a record-setting outing in the NFC Championship Game and is a value pick at +600, should he carry the Niners to a win with another dominant rushing performance.

Bet on the halftime show, coin toss, and more

The Super Bowl is about much more than the game. Pop singer Demi Lovato will perform the national anthem, and Jennifer Lopez and Shakira are set to share the stage during the halftime show.

Props are available on the length of the national anthem, the result of the coin toss, the first Jennifer Lopez song at halftime, or color of the winning coach’s Gatorade shower.

Whether you place $1 or a substantial sum on a Super Bowl bet, it can enhance the excitement surrounding the game when a little more is on the line. This is especially helpful if your team fell short of making the NFL championship game—or if you’re a casual football fan—and you’re struggling to pick a side to pull for.

Also, be sure to check out BetAmerica's Super Odds on the day of the Super Bowl for excellent promotions to boost your winnings.

What to serve at your Super Bowl party

Super Bowl Sunday is a time to feast on the most decadent of football fare, including chicken wings, meat lover’s pizza, loaded nachos, and chili.

An estimated 8 million pounds of guacamole is consumed during the Super Bowl and is perfect for pairing with tortilla chips, raw veggies, or deviled eggs as a pregame appetizer.

You can go the standard route of Super Bowl food or jump fully into the theme of this year’s big game. To represent the Chiefs, some Kansas City-style barbecue makes for a fantastic main course and one head coach Andy Reid would surely approve of.

To support San Francisco, craft a seafood section on the serving table, with crab cakes, cocktail shrimp, and clam chowder in a sourdough bread bowl.
Make sure to also load a cooler with beverages, like beer, soda, water to stay hydrated, and take-home Gatorade to work off your Super Bowl hangover by Monday morning.

A dessert table with brownies, helmet-shaped cookies, and team color-themed cupcakes will add a sweet treat and a boost of sugar to keep you wide awake for the final stretch of the game.

How to decorate for the Super Bowl

Planning a color scheme for your Super Bowl LIV party is simple, as both the Chiefs and 49ers wear red and gold. Purchase plasticware, plates, and cups in those shades, and visit your local party-supply store for items like football-shaped balloons, snack-stadium trays, and a plastic field goal centerpiece for the serving table.

Add a touch of Miami, the location of this year’s title game, by decking out the bar area with pineapples, flamingos, palm trees, and a margarita station.

There are a variety of football party supplies online or in stores, and you can play it as generic or specific as you want for the Super Bowl.

How to plan for a house divided

If your space is large enough, you can easily eliminate the intense trash talk by setting up a second TV in another room for supporters of the opposing team—but what fun is that?

The Super Bowl is a time for gathering friends and family to celebrate the final game of the NFL season; discuss the hilarious, weird, and sometimes confusing Super Bowl commercials; and witness a showstopping concert at halftime.

If you do need to separate a rowdy group, though, tape a Chiefs banner on one side of the room to designate the area for those fans to sit, and place a 49ers banner on the opposite end to keep the San Francisco crowd at bay (terrible pun).

However you choose to do it, the Super Bowl is all about embracing football, pop culture, and excellent food on the first Sunday in February. And if you’re lucky, you might see your team hoist the Lombardi Trophy at the end of the night.