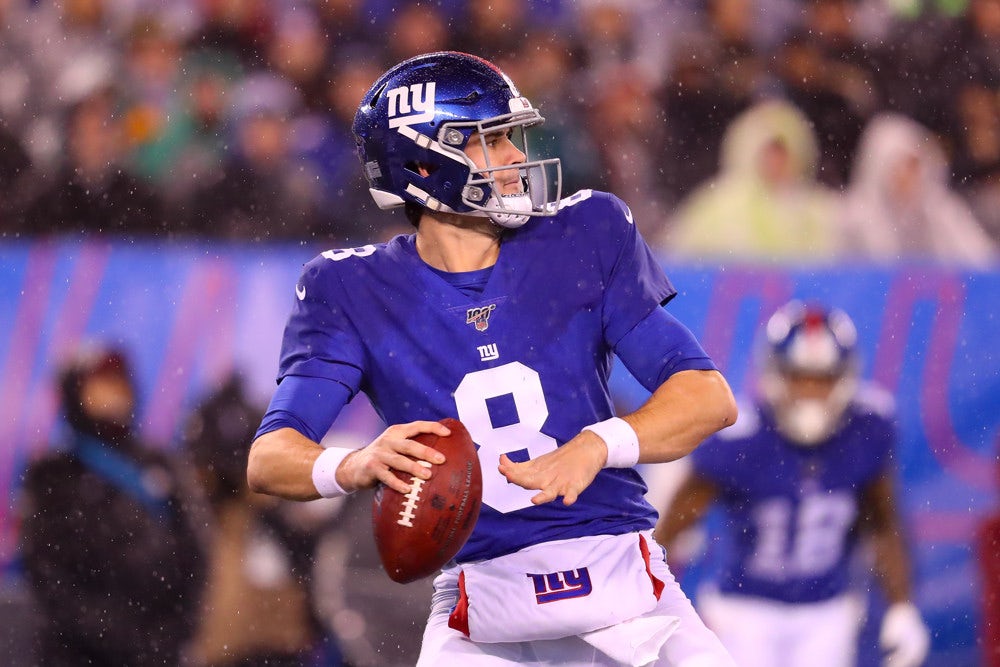 The New York Giants have seen better days. After a long, consistent stretch of success with head coach Tom Coughlin and quarterback Eli Manning leading the way, the Giants have 12 wins combined in their last three seasons. Heading into 2018 the Giants brought in general manager Dave Gettleman, and now they've hired Joe Judge to be their new head coach. Judge will be the fourth head coach to stand on the Giants sideline since Coughlin departed after the 2015 season. Let’s take a look at three moves the Giants should make, if they want to improve on their dismal 4-12 record from 2019.

Step one for the Giants is to finally let go of their past. Manning isn’t capable of leading a franchise through a full NFL schedule any longer. While he showed tremendous toughness and durability throughout his career, he is clearly no longer the leader of this team. The Giants deserve a little bit of goodwill for allowing their star to finish out his contract, but now that it’s done, there’s no reason to re-sign him.

Step two is to hypnotize Gettleman and convince him to hire an analytics department that realizes the value of play-calling choices in the modern NFL. Known for swimming in his own stream, Gettleman has made clear that he has a determined a manner in which he believes successful football is played, and a major component of that is a strong running game.

While Gettleman doesn’t get to call plays come game day, he will be in Judge's ear regularly. Passing has become the key to success in the NFL. Gettleman and the coaching staff needs to realize this.

To make the passing attack more dangerous, the Giants need to bring in more offensive weapons. Running back Saquon Barkley is as talented as any player at his position in the league, so for Giants fans it should be comforting to know no other commitments will occur there.

But when your leading receiver for the season is Darius Slayton, you have a problem. Slayton isn't a No. 1 receiver, and the options behind him are the oft-injured Sterling Shepard and aging Golden Tate. The Giants never bothered to replace Odell Beckham Jr., and they clearly need to, because they finished the 2019 season 25th in the NFL in yards per pass attempt.


The NFL season is nearing the end, so don't miss out on the last few betting opportunities at BetAmerica!