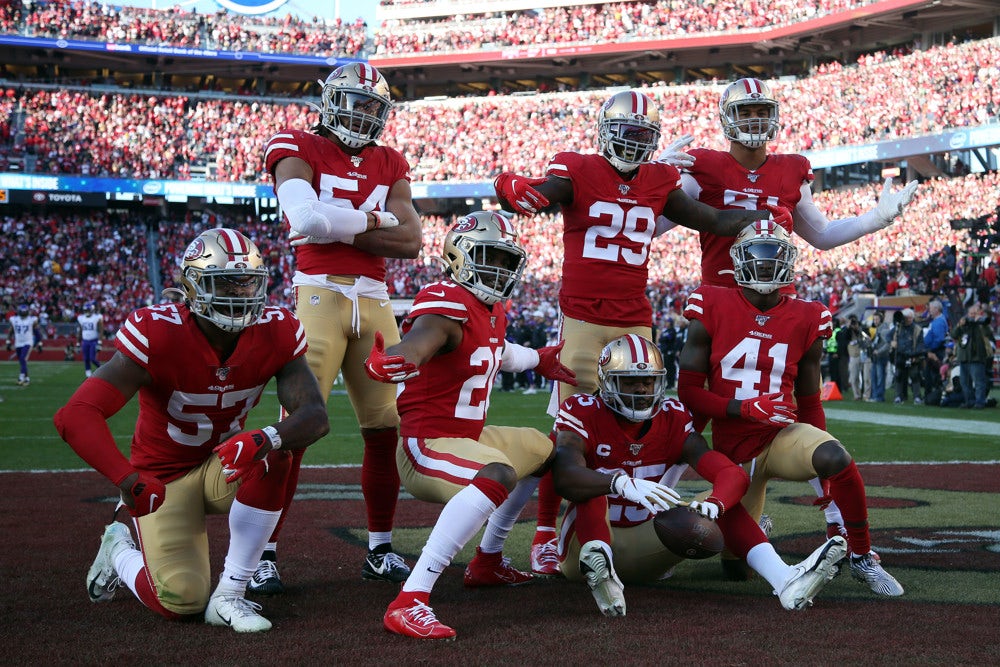 The Kansas City Chiefs jumped to the top of the Super Bowl odds board after the Baltimore Ravens made a surprise exit from the playoffs.

If you think you can predict both the champion and runner-up of Super Bowl LIV, BetAmerica is offering an exact-outcome prop on the matchup.

The Chiefs over the 49ers is considered the most probable result (+200) and the inverse is listed at +250.

Who should win each conference clash?

Both the Chiefs and 49ers are heavily favored in their conference battles this weekend. The Chiefs (-370) are projected to beat the Titans by at least a touchdown in the AFC Championship Game, and the 49ers (-360) have already defeated the Packers by a margin of 37-8 in the regular season.
But Aaron Rodgers is the only starting quarterback remaining in the playoffs who has reached a Super Bowl. If you think his experience can lift his team past the top-seeded Niners, then the Chiefs over the Packers (+600) is a solid play. The opposite outcome carries a +1000 price.

The Titans own the highest Super Bowl odds (+750) but may be the hottest team in the league at the moment. Since coach Mike Vrabel named Ryan Tannehill the starting quarterback in Week 7, Tennessee has gone 9-3 and knocked off the No. 1 scoring defense (the Patriots) and offense (the Ravens) in the postseason.

The 1988 San Francisco 49ers and 2004 New England Patriots are the only other playoff teams to defeat the top-ranked scoring defense and offense in consecutive weeks. Both teams went on to win the Super Bowl.

The Wild Card and Divisional rounds already produced plenty of surprises and heroic finishes, and more could be in store. It might seem like the Chiefs and 49ers are destined to meet in Miami, but don’t be shocked if another team makes its way to the Lombardi Trophy in the end.


To bet the exact outcome of Super Bowl LIV, plus other Super Bowl props, head to BetAmerica!