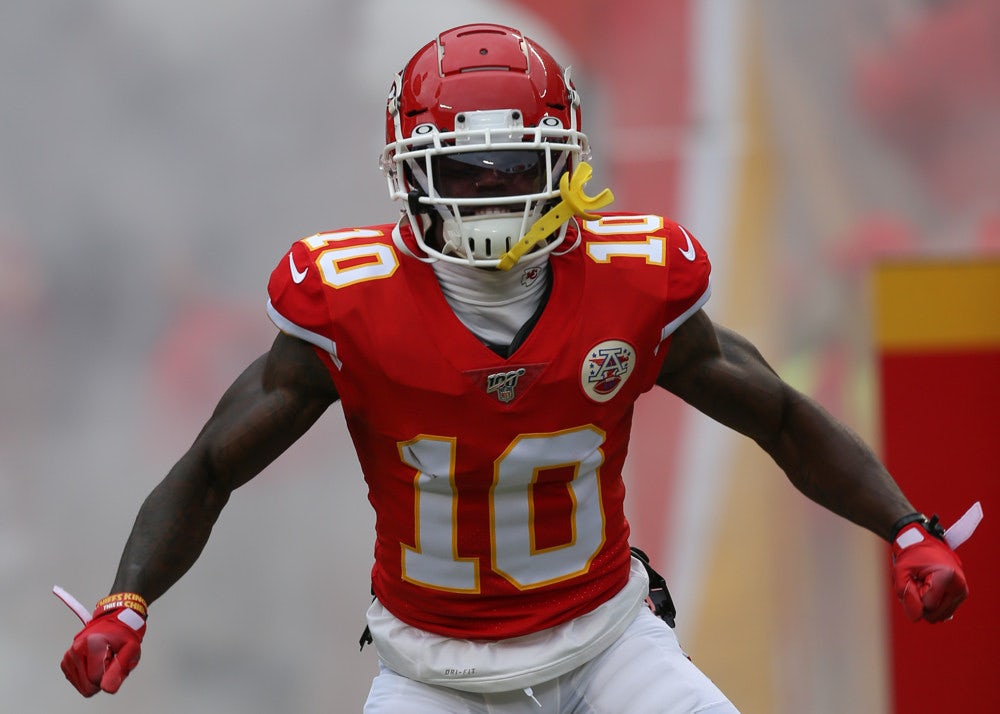 The most-watched sporting event in the U.S. is set. The Kansas City Chiefs, absent from the main event for exactly 50 years, return in Super Bowl LIV to face the San Francisco 49ers, a team with five Super Bowl titles since the Chiefs last appeared.

It’s hard to judge which team will receive more money, with the game still nearly two weeks away, but my guts say this line will shift in favor of the Chiefs.

The 49ers have been money against the spread

The 49ers came into the playoffs as the No. 1 seed in the NFC and easily dispatched their two playoff opponents from the NFC North. After a methodical, 27-10 victory against the Vikings, the 49ers ran all over the Packers in a 37-20 victory that wasn’t as close as the final score indicates. Their 2-0 record against the spread in the playoffs added to their impressive 9-6-1 ATS record from the regular season.

Can the Chiefs slow down the 49ers' rushing attack?

The key to the 49ers offense is the offensive line’s blocking schemes, which have been meticulously designed by head coach Kyle Shanahan. The 49ers have had a plethora of capable running backs to throw behind that line, with Raheem Mostert the latest to have success.
Tevin Coleman appeared to sustain a serious injury in the NFC Championship Game, but he had the worst yards-per-carry average of the 49ers' three-man running back rotation, so the loss was not difficult for the team to overcome. In the regular season the Chiefs rush defense ranked 29th in the league in yards per attempt, but shut down the NFL's leading rusher, Derrick Henry, in the AFC Championship Game.

Mahomes has plenty of weapons

For the Chiefs winning has been all about the offense. Last season’s MVP, quarterback Patrick Mahomes, is the engine in the boiler room, and the captain at the bridge, all in one. But he certainly has all hands on deck when this offense takes the field. Running back Damien Williams is an agile and dangerous runner, but it’s the passing attack that really threatens defenses. Travis Kelce is the best tight end in the league, and Tyreek Hill is arguably the most dangerous wide receiver with his world-class speed. Mecole Hardman and Sammy Watkins are each excellent second and third options, as well.

The Chiefs are the No. 2 seed in the AFC and made their way to the Super Bowl with blitzkriegs of two AFC South opponents. After they fell behind 24-0 against to the Texans, the Chiefs went on a 51-7 run to end the game. Against the Titans they fell behind 17-7 and went on a 28-0 run to clinch that game. Their 2-0 postseason record ATS adds to a 10-5-1 regular-season record ATS.

The pressure is on Bosa and Ford

Will the 49ers defense, led by star defensive linemen Joey Bosa and Dee Ford, be able to apply enough pressure on Mahomes to disrupt the gunslinger before he gets in a rhythm? After seeing Kansas City head coach Andy Reid make adjustments in each of the last two games, it is improbable Mahomes and this offense will be shut down completely. I’ll side with the most pass-happy team in the NFL, which has shown the ability to score points in bunches.

The Chiefs are 5-0 ATS in their last five games against a team with a winning record. Reid has finally built his championship-caliber team, and it’s time for him to get the ring that has eluded him for so long.

Check out Super Bowl game odds and props at BetAmerica!