The 5 greatest NFL Playoff performances of all time 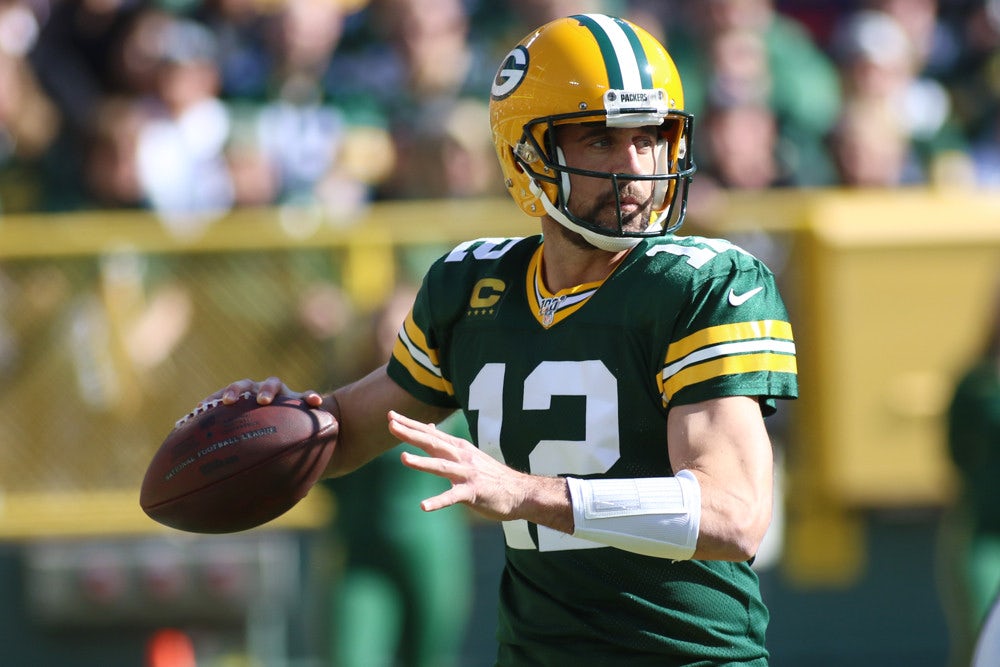 The NFL Playoffs are where legacies are made. Regular-season excellence is admired, but postseason performances are adored. Let’s take a look at the five greatest NFL Playoff performances of all time.

I vividly recall Aaron Rodgers playing for Cal in college and shredding a loaded and No. 1-ranked USC team with 23 straight completions. Not many NFL fans likely watched that game and knew just how incredible Rodgers could be at his best. In the 2010 playoffs he showed the world again what he was capable of.

Rodgers completed 31 of 36 passes for 366 yards and three touchdowns and added another in on the ground. He led four drives of more than 80 yards, and for anyone who watched the game from start to finish, you likely recall the efficiency with which he eviscerated the favored Falcons. This was Rodgers stepping into the stoplight to announce he was in the prime of his Hall of Fame career. At his best Rodgers is the best to ever play the position, and this might have been Rodgers at his best.

Williams stepped up when his team was down, on the biggest stage, and promptly took over the game. He completed nine of his 11 passes for 228 yards and four touchdowns—in a second quarter alone. Williams finished with 340 passing yards, but his performance in the second quarter settled the game, made it a 35-10 halftime lead and put things out of reach.

I considered giving Joe Montana his due in this spot, but Montana’s 49ers won 55-10 in his virtuoso Super Bowl performance in 1990, while Williams was down 10-0 when he took over Super Bowl XXII. One team needed an amazing QB performance more than the other.

3. Eric Dickerson, 1985 Divisional Round vs. Cowboys

While not on the biggest stage, Dickerson’s record-setting 248 yards on the ground deserve mention on this list. It’s hard to imagine that his record will ever come down. He added two touchdowns that were more than enough to help the Rams advance to the next round.

28-3. It is a score that will live in infamy for Falcons fans, who suffered a shocking defeat at the hands of the likely greatest postseason player of all time.

While Brady and plenty of other quarterbacks have had more impressive statistical games, the manner in which Brady took over in the second half and executed the comeback was incredible to watch (even for someone like me, who had the Falcons). Brady completed 43 of his 62 passes (a Super Bowl record for completions) for 466 yards and most importantly completing a miraculous, 25-point comeback.

Steve Young stepped completely out of Joe Montana’s shadow with this incredible Super Bowl performance against the Chargers. For my dollar it was the most impressive postseason game from a quarterback I can ever recall. I wondered how the 49ers would ever lose another football game, so long as Young was at quarterback and Jerry Rice was at wide receiver.

Young had a postseason record six touchdown passes, 325 passing yards, and was the game’s leading rusher, with 49 yards on the ground. His performance is just the sixth-highest passer rating in Super Bowl history, but he led his team to 49 points in dominating and unstoppable fashion.


Who will craft their legacy in the NFL Playoffs this season. Check out all the playoff matchups at BetAmerica!