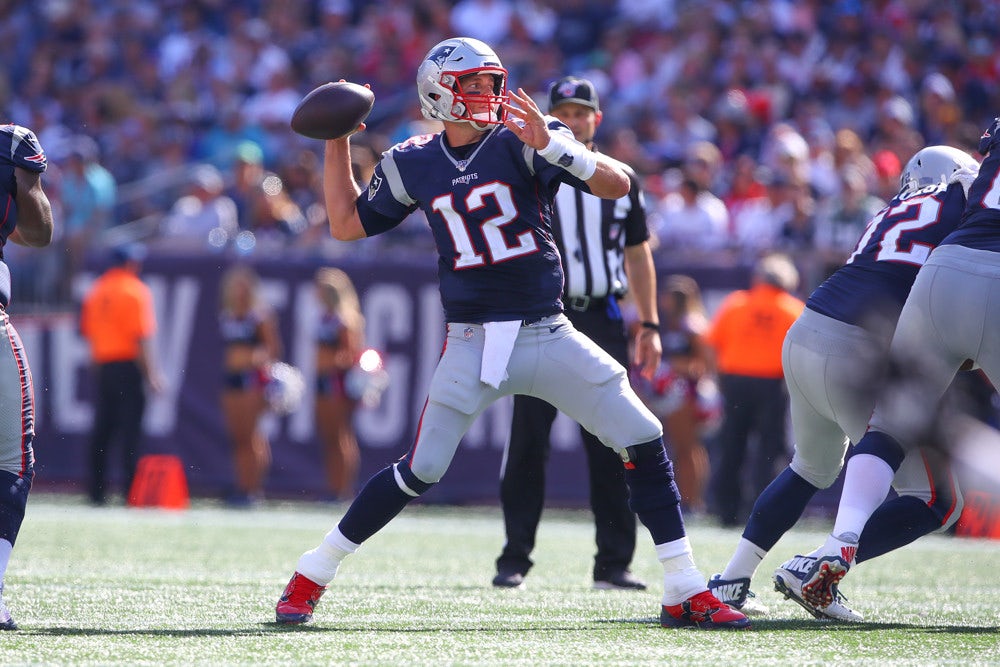 Favorites beware! The underdog finds a way to win the Super Bowl nearly a third of the time (17 times in 53 games). But not all upsets are created equal. Usually one team is a small favorite, but on a few occasions, we have seen underdogs rise up and slay colossal favorites. Here is a list of the greatest shockers in Super Bowl history.

Upsets come in all shapes and sizes, and in this game the Denver Broncos were only -2.5. But led by future Hall of Fame quarterback Peyton Manning, they were ready to pull out a nail-biting victory, right? Wrong.

Manning and the offense gave up a safety on the first play from scrimmage and almost nothing went right from that point forward. The Seahawks built a 36-0 lead before Denver finally found the end zone on the last play of the third quarter.

Linebacker Malcolm Smith won the MVP and the final score was a whopping 37.5 points off the line at kickoff. This Super Bowl was also notable for being the first played outdoors in a cold-weather city (East Rutherford, New Jersey).

If you said in 2002 that the New England Patriots would springboard this title into five more over the next two decades, you would likely have been committed into the insane asylum.

The Patriots had lost their leading wide receiver from the year prior, Terry Glenn, because of off-the-field issues. They then lost starting quarterback Drew Bledsoe for the season, which paved the way for some guy named Tom Brady to take control of the offense. And they were facing off against the “Greatest Show On Turf”—the St. Louis Rams led by Kurt Warner, Marshall Faulk, Torry Holt, Isaac Bruce, and Orlando Pace.

It was a masterful defensive game plan by Bill Belichick that would define the day. The Rams were held to three points through three quarters but made a furious rally in the fourth. They scored two touchdowns to tie the game at 17-17, and gave Brady and the Patriots the ball with 1:30 remaining. Brady marched the offense down the field to set up Adam Vinatieri’s 47-yard field goal as time expired. It was the first time the Super Bowl had been won on the final play.

Things started off well for the Broncos, as they scored on their first play from scrimmage and forced Washington to punt on every first-quarter drive. But Washington’s second quarter was one for the ages. The Redskins won the quarter 35-0! In the second quarter alone, Williams threw for 228 yards and four touchdowns, rookie running back Timmy Smith ran five times for 122 yards and a TD, and wide receiver Ricky Sanders caught five passes for 168 yards and two scores. It was the most explosive quarter in Super Bowl history.

Washington scored 42 straight points in and went from a three-point underdog to a 32-point winner.

This is the upset the current generation of football fan remembers. The Patriots were chasing history. They were 18-0 and trying to become the first unblemished team since the 1972 Miami Dolphins. But they were facing a New York Giants team that had given them their biggest scare to that point, a 38-35 decision in the final game of the regular season.

The Giants had two traits that were kryptonite to the Patriots—a quarterback capable of down-the-field heroics (Eli Manning) and the best defensive line in the NFL (Michael Strahan, Osi Umenyiora, and Justin Tuck). The latter kept them in the game by holding down Tom Brady’s most prolific offense. After three quarters of play, the Patriots had a measly seven points (but the Giants had only three).

From there Manning led the Giants on an 80-yard touchdown drive, capped by a completion to David Tyree for a 10-7 lead with 11:05 remaining. A few possessions later Brady led his side on an 80-yard TD drive of his own and found Randy Moss in the end zone for a 14-10 lead with only 2:42 separating the Patriots from a perfect season.

The Giants began their final drive on their own 17-yard line. In a march that included multiple clutch first-down conversions, the most memorable play was a third-and-5 play, where Manning eluded the free-rushing Adalius Thomas, then broke away from the hands of Jarvis Green and Richard Seymour. Manning then launched the ball deep, where receiver David Tyree competed with Rodney Harrison for a crucial jump ball. Tyree pinned the ball against his own helmet to secure the reception and a 32-yard conversion. The “Helmet Catch” is considered on of the greatest plays in Super Bowl history. Four plays later Manning found Plaxico Burress for the game-winning TD.

You would be hard pressed to find anyone who picked the New York Jets to beat the heavily favored Baltimore Colts. Anyone other than Joe Namath, that is.

The quarterback of the Jets famously guaranteed victory three days before the game. It was a bold statement at the time, because AFL teams were widely considered of a lower caliber than NFL teams, and the Jets were 18-point underdogs. NFL teams won the first two Super Bowls by margins of 25 and 19 points, and the Colts were seen as a particularly great side. They were second in the NFL in scoring and yielding the fewest points in the league. Baltimore was 15-1 and avenged their only regular season loss by blasting the Cleveland Browns, 34-0, in the NFL Championship Game.

But it was the underdog Jets who dominated the third Super Bowl. After a scoreless first quarter, Namath and New York scored 16 straight points. The Colts did not get on the scoreboard until 3:19 remained in the game. The Colts were -4 in turnover margin (all interceptions) and the Jets proved AFL teams were worthy of competing with the NFL on the grandest stage. The Jets are still the largest Super Bowl underdog to win.

The Super Bowl is just around the corner. Check out BetAmerica's football page for lines, props, futures and more!