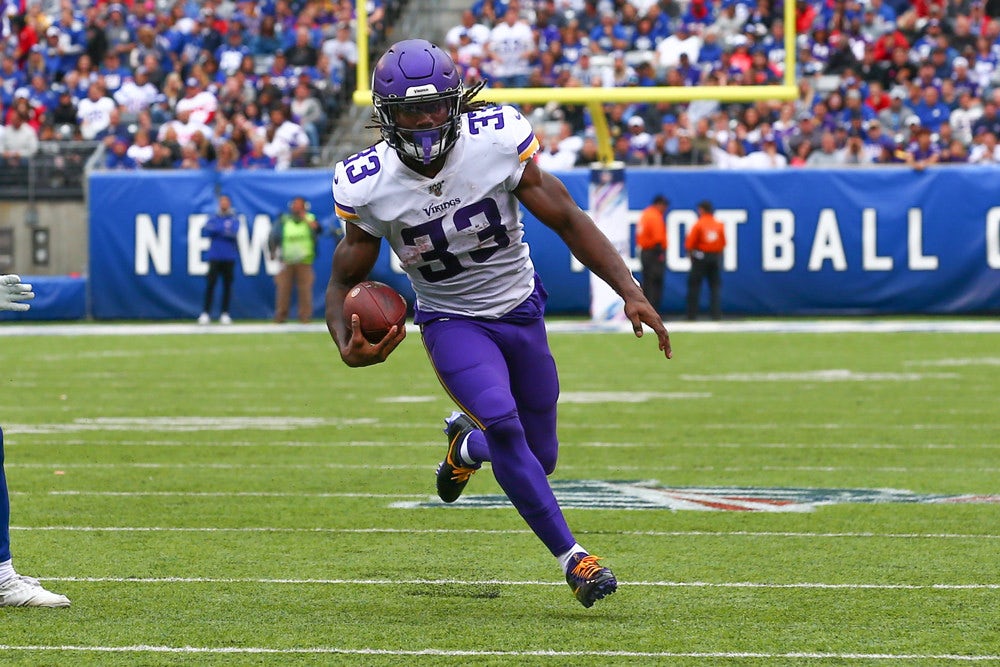 The Vikings went into New Orleans eight-point underdogs and pulled off a dramatic 26-20 upset in overtime against the Saints on Sunday afternoon. Minnesota, the sixth seed in the NFC, went into the postseason with +3300 odds to win the Super Bowl but is now just +1400 with eight teams remaining in Super Bowl contention.

Minnesota has defied the odds

Kirk Cousins and company entered this year with lowered expectations, after they disappointed as one of the preseason favorites in 2018. A 2-2 start seemed to prove detractors right, but the Vikings rallied with an 8-2 run in the middle portion of the year. Their losses were by one score to the Seahawks and Chiefs. Minnesota had a chance to win the NFC North as late as Week 16, but the Packers beat them convincingly at U.S. Bank Field to put the Vikings behind the eight ball for the playoffs.

The Vikings' defense was key against the Saints

Mike Zimmer’s squad looked doomed after wideout Adam Thielen fumbled on the opening possession against New Orleans, but his defense stepped up and held the Drew Brees-led offense to a field goal, which set the tone for the afternoon.

Brees was held to 208 yards passing, and running backs Alvin Kamara and Latavius Murray were rendered largely ineffective (42 total rushing yards on 12 combined carries). If all-purpose weapon Taysom Hill didn’t play the game of his life (50 passing yards, 50 rushing yards, 25 receiving yards and a touchdown on just seven touches), the Saints may not have even been competitive.

Cook and Thielen stepped up for Minnesota

Minnesota was able to grind away at the New Orleans defense with recuperated tailback Dalvin Cook, who totaled 94 rushing yards and two touchdowns on 28 attempts. Thielen quickly recovered from his first-quarter fumble, as he reeled in seven passes for 129 yards. Cousins finished 19-of-31 for 242 yards and threw the game-winning touchdown pass to tight end Kyle Rudolph (who may have gotten away with offensive pass interference, but that won’t be delved into here).

If the Vikings want to advance to the Super Bowl, they’ll have to get through the top-ranked 49ers first, once again as prohibitive underdogs, on Saturday afternoon. Minnesota is unlikely to be favored in any forthcoming game, unless the Vikings somehow meet the Titans in the Super Bowl. Their +1400 odds may look tantalizing, but Minnesota’s magic figures to run out against a San Francisco team that should benefit from the bye week they enjoyed as the NFC’s top seed.

The Niners are just +325 to hoist the Lombardi Trophy at season’s end, but they have a relatively easy road to Miami, with the Vikings, and either the Seahawks or Packers ahead. On the other side of the bracket in the AFC, the favored Ravens (+205) will probably be involved in what looks like a toss-up game with the Chiefs (+295) in the conference championship round.


Futures still provide a chance for a big score, but there are all kinds of NFL betting options for the playoffs at BetAmerica!