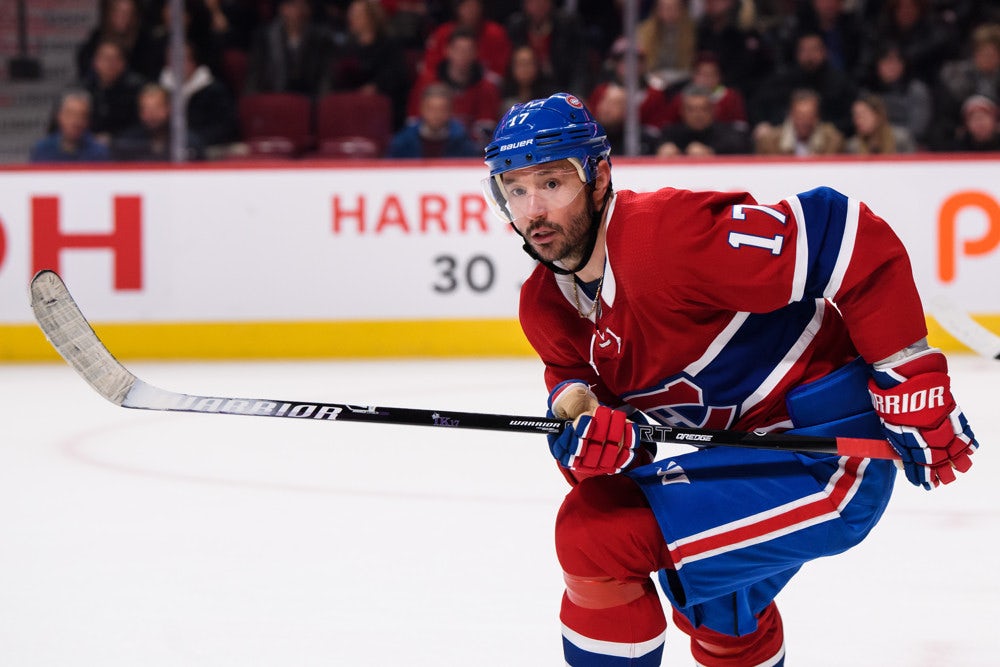 There’s a nationally televised doubleheader in store for hockey fans and bettors Wednesday night, when the Montreal Canadiens play the Boston Bruins and the Calgary Flames take on the Los Angeles Kings. Here are our betting previews for both contests.

The Bruins will try to rebound from a stunning loss to the Red Wings when they face their Original Six rival at TD Garden. Boston appears to have the edge but is a hefty favorite, so we’ll look toward the totals market for a play.

Carey Price, who should be in goal for Montreal, is 8-3 in his last 11 games, with a .949 save percentage. His performance has helped Under bettors cash left and right. The Habs have gone below the total in 14 of their last 19 games, and 12 of their last 13 after scoring two or fewer goals in their previous game.

Even after their 3-1 loss to Detroit, the Bruins have surrendered just 10 goals over their last six games. Tuukka Rask, the probable starter in net Wednesday night, has allowed only 18 goals over his last eight games against Montreal.

The Under is 6-2 in Boston’s last eight home games and 8-2 in the last 10 meetings between these two teams.

The Flames should grab an easy win when they visit the crumbling Kings.

Calgary’s scorers have exploded for 12 goals over their last two games, with four on the power play. Even the much-maligned Milan Lucic has gotten in on the act, with a pair of goals and three assists over that span. L.A. will have to stay out of the box to have a chance, as its penalty-killing unit is a lackluster 28th in the league.

Trends bettors should have faith in the Flames. The club is 6-2 in its last eight games as a road favorite. The Kings have not trended well at all, and playing at home offers no solace. They’ve dropped five in a row at Staples Center.

Place a bet of $5 or more with BetAmerica and get $20 in free bets.