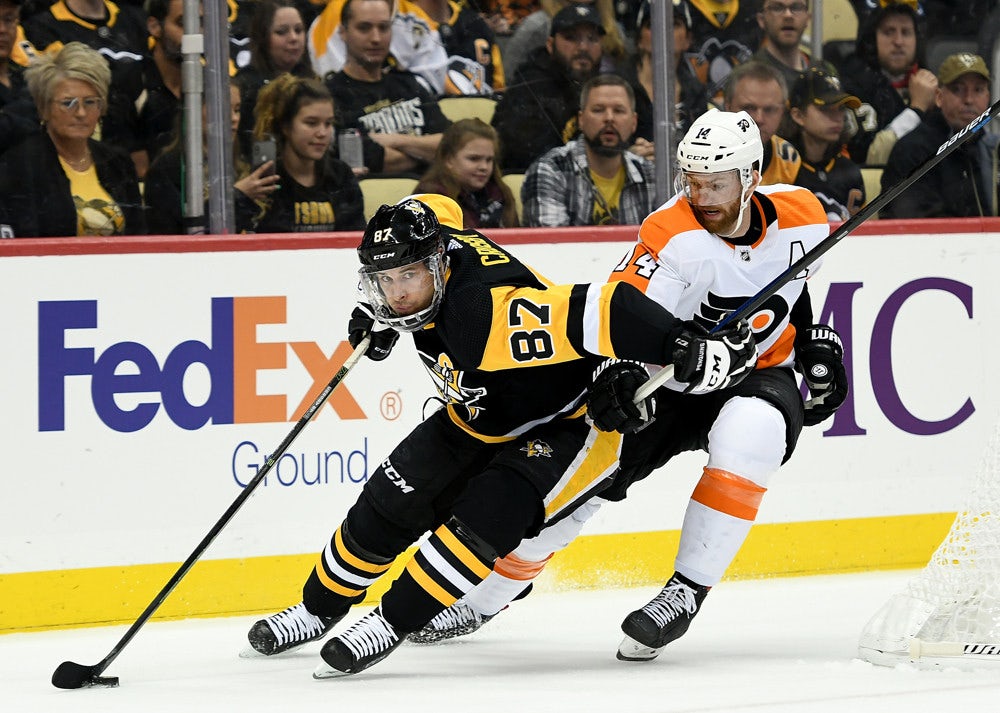 The Pittsburgh Penguins will be looking for redemption, following a 4-2 loss to the Tampa Bay Lightning on Thursday night, when they host Tampa on Tuesday. Also on the NHL docket is a nationally televised meeting between the Flyers and Islanders at the Barclays Center.

The Lighting, who beat the Penguins 4-2 in Tampa on Thursday, will look for its fifth win in six chances against Pittsburgh.

The Bolts were in action Monday night, and backup netminder Curtis McElhinney turned in a fine performance (31 saves) in his club’s 2-1 victory over the Blue Jackets. Tampa’s top line did not suffer without Steven Stamkos, who is questionable for Tuesday (lower body injury). Winger Nikita Kucherov recorded both goals, while linemate Brayden Point assisted each time.

The Lightning is 5-1 in its last six games played on no rest, so the back-to-back is of little concern, especially with the NHL’s third star of the week, Andrei Vasilevskiy, back between the pipes.

The Penguins’ offense could look shaky, as it tries to fold in the newly acquired Jason Zucker, who was traded from the Wild for a package that included Alex Galchenyuk on Monday night. Pittsburgh’s defense has been sub-par of late, with 18 goals allowed over the last six games.

New York’s offense has been in a nice rhythm over their its 10 games, with 37 goals. Forwards Brock Nelson and Anthony Beauvillier have been doing some heavy lifting in that span (27 points combined).

Philadelphia’s scorers have registered at least three goals in seven of their last eight contests. Claude Giroux has come alive for the Flyers, with four points over his last two games, after he was held off the scoresheet four straight times.

The struggling Semyon Varlamov is expected to goaltend for the Islanders, and he is 1-4 over his last five games, with 18 goals allowed. The Flyers will either turn to Carter Hart, who has terrible road splits (2-9-1, 4.01 goals-against average), or go with Brian Elliott for a second game in as many nights.

Trends bettors should note that the Over is 4-0 in New York’s last four home games and 7-1 in Philly’s last eight road tilts. These teams have gone past the total in 10 of their last 11 meetings.

Don't get left out in the cold! Wager on NHL futures today at BetAmerica.