What a fantastic Del Mar Meet! There's no use beating around the bush. See below for my awards for 2016 Del Mar.

A lot of  horseplayers were ultra-impressed with California Chrome's win in the Pacific Classic. I get why. Chrome dominated Beholder and Dortmund in what many believe was the deepest handicap race of the year. But the way that the Pacific Classic was run, Chrome loose on an easy lead, flattered the performance.

Chrome had to work much harder to defeat Dortmund in the 1 1/16 mile San Diego. Dortmund fought tooth and nail in order to hold off Chorme. But, Chrome proved best. To me, that was the race that horseplayers need to think about. This is especially true since the Pegasus World Cup, which Chrome should be nominated to, will be run at 1 1 1/8 miles, not 1 1/4 miles.
Biggest Upset:  Stellar Wind over Beholder in the Clement L. Hirsch

Stellar Wind went off at $4.50 to 1 in the Clement L. Hirsch while Beholder went off at .10 cents on the dollar. Granted, Beholder was probably too confidently ridden in the race. We're likely to see a rematch in the Breeders Cup Distaff since Beholder's connections know how difficult it would be to beat both California Chrome and Arrogate in the Breeders Cup Classic. Songbird is a definite for the Distaff, meaning that the Distaff could end up as the most interesting and exciting race during the 2016 Breeders Cup 2-Day Event.
The Don't Forget About Me Award: Dortmund

He's not a 1 1/4 mile horse. Anything less than that, like he proved in the San Diego, is going to make  him tough. What he did show in the Pacific Classic is that he doesn't have trouble relaxing off of the lead. In the San Diego, he showed his toughness by almost outworking California Chrome to the wire first. As far as the Breeders Cup is concerned, don't be surprised if Baffert runs this guy in the BC Dirt Mile. He's good enough to win that race. He could also show up in the BC Mile on the turf since there aren't any Wise Dan's in the field this year. If I'm his connections, I'm definitely thinking Pegasus World Cup. 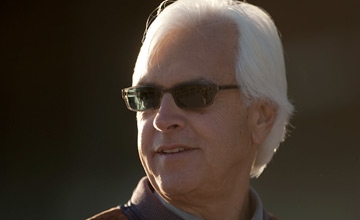 Phil D'Amato with 23, Peter Miller with 21 and Richard Baltas with 20 all won more than Baffert's 19 at the Summer Del Mar Meet. Who cares?  Baffert's horses earned over $1.69 million while D'Amato's horses earned over $1.5 million. The greatest horse racing trainer in history continues to win races all over the country over a year removed from winning the Triple Crown with American Pharoah. 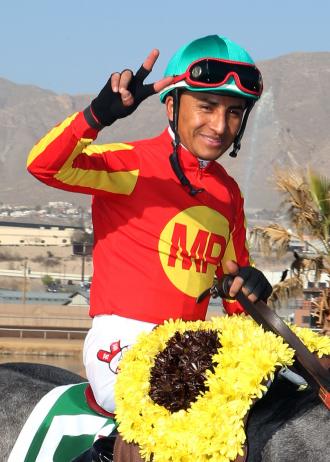 Earlier in the meet, it appeared that Flavien Prat or Santiago Gonzalez might beat Rafa for the jockey title at Del Mar. Then, Rafa kicked it into gear. How good was Rafa this summer? He won 38 races from only 175 mounts. It took Prat 215 starts to win that many races. Rafa's winning percentage at Del Mar this summer was 22%. No other jockey broke the 20% barrier. Bejarano's mounts earned over $2.5 million.