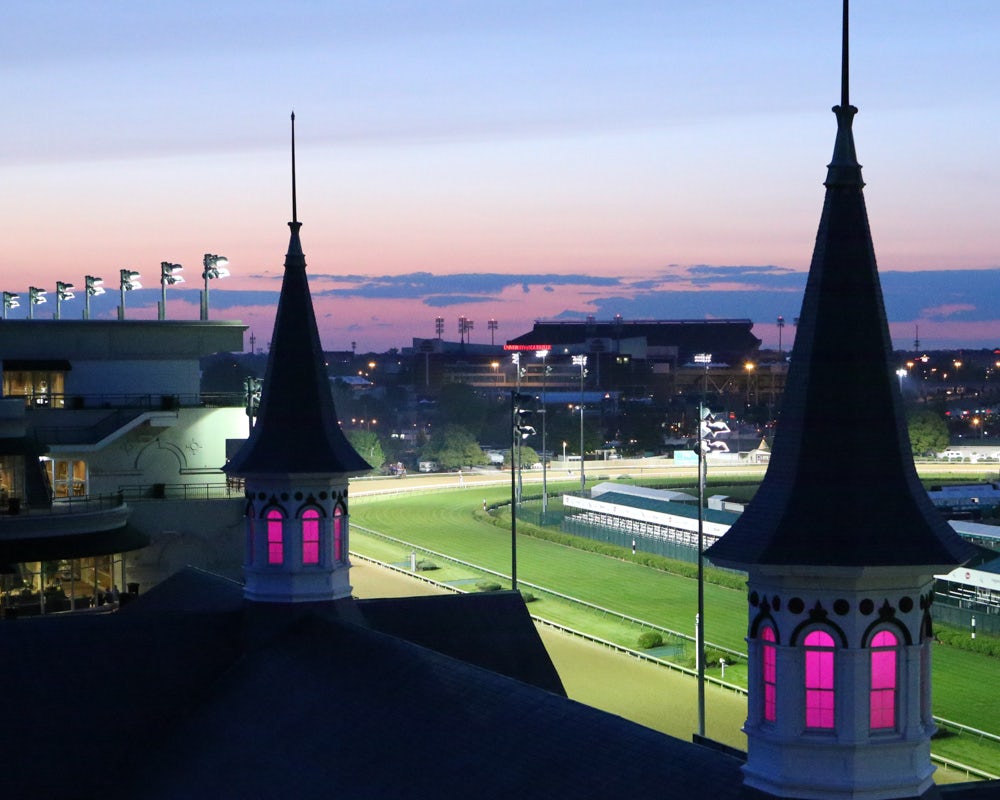 Who’s in and who’s out? That’s a question that be asked repeatedly during the next two weeks as the 2018 Kentucky Derby approaches.

The last two Derby prep races—the Arkansas Derby (gr. I) and the Lexington Stakes (gr. III)—were held on Saturday, so all of the Kentucky Derby qualification points have been assigned and the field of twenty horses is more-or-less set in stone.

However, history suggests that there will likely be a few defections prior to the race, whether due to horses coming down with minor ailments or their connections choosing to target easier races. Thus, there’s a chance that horses ranked outside of the top twenty could still find their way into the Derby.

Let’s take a look at the horses currently ranked “on the bubble,” just outside the top twenty. Remarkably, four of the first five in line are conditioned by the Hall of Fame trainer Steve Asmussen.

First in line to join the field is Combatant, who cracked the superfecta in five straight Derby prep races without reaching the winner’s circle. The son of Scat Daddy would have qualified for the Derby without issue had he finished third or better in the Arkansas Derby (gr. I), but despite finishing strongly over the final three furlongs, Combatant wound up fourth in a three-way battle for second place.

Instilled Regard and Catholic Boy have more points that Snapper Sinclair but are not expected to target the Derby, leaving Snapper Sinclair as the 22nd qualifier. Following a nose defeat in the Risen Star Stakes (gr. II) at Fair Grounds, Snapper Sinclair disappointed when fifth in the Louisiana Derby (gr. II), failing to earn any additional points while putting his Derby status in question.

Trainer Doug O’Neill has won the Kentucky Derby twice since 2012, but could be left without a starter this year unless Blended Citizen can squeeze into the field. The son of Proud Citizen is very accomplished on synthetic tracks, having picked up his Derby points via a win in the Jeff Ruby Steaks (gr. III) on Polytrack and a third in the El Camino Real Derby over Tapeta, but a slightly troubled trip on dirt in the Blue Grass Stakes (gr. I) yielded a fifth-place finish, leaving him on the bubble for qualifying.

There’s no doubt that Reride has talent—he’s a two-time stakes winner and defeated the future Sunland Derby (gr. III) winner Runaway Ghost in February’s Mine That Bird Derby at Sunland Park. He picked up his Derby points via an unorthodox route, shipping across the world to compete in the UAE Derby (UAE-II) in Dubai, where he finished a distant third over a track that didn’t favor his late-running style.

After competing respectably in allowance company at Oaklawn during the winter, Dream Baby Dream shipped to Sunland Park and finished a strong second in the Sunland Derby (gr. III). Like Combatant, his Derby chances came down to the Arkansas Derby, a race in which he was compromised by a slow early pace while finishing seventh.

A well-regarded colt trained by Bob Baffert, Restoring Hope needed a top-two finish in the Wood Memorial (gr. I) to earn his way into the Derby, but his late rally was only enough for third place. As the 26th horse in line for a Derby berth, he seems more likely to target the Preakness Stakes (gr. I).
Racing