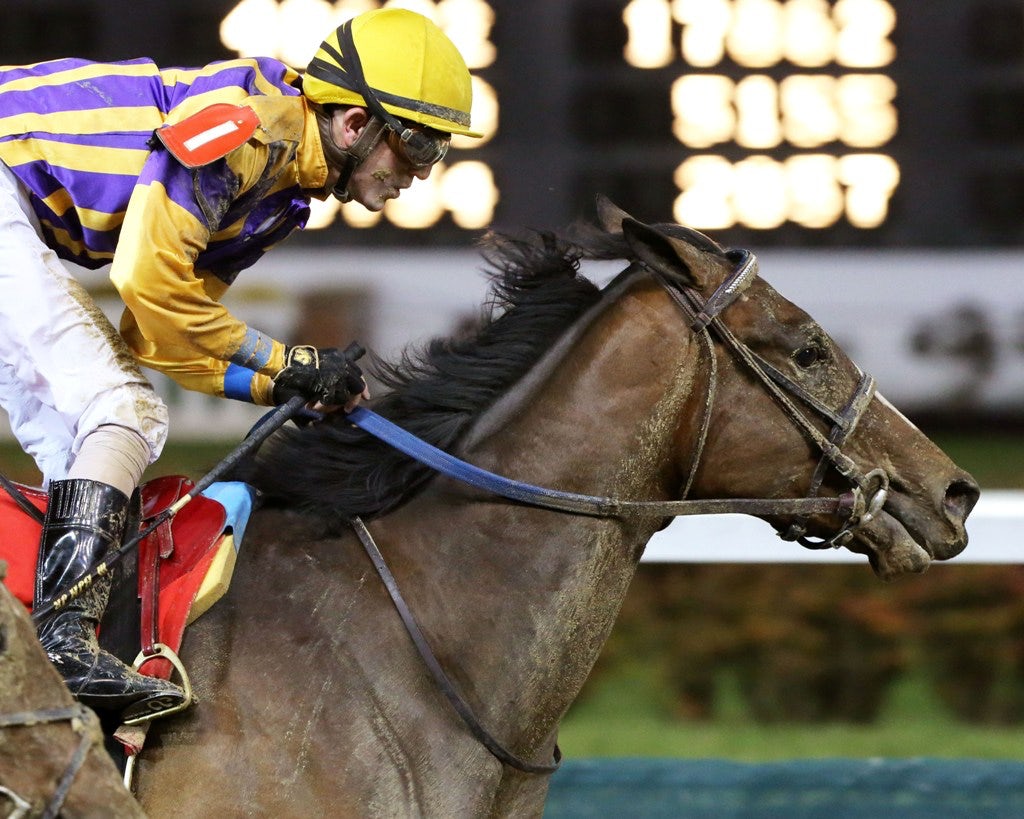 Million-dollar yearlings make headlines from the moment they change hands at auction. But what about $32,000 yearlings? They have to wait and let their racing exploits make headlines instead, and suffice to say, Signalman is already making plenty of headlines.

When trainer Kenny McPeek purchased the modestly-priced colt out of the Fasig-Tipton Kentucky Fall 2017 Yearling Sale on behalf of Tommie M. Lewis, David A. Bersen, and Magdalena Racing, it would have been difficult for many to predict how high Signalman would eventually rise. As a son of General Quarters out of the unraced Trippi mare Trip South, Signalman wasn’t exactly a blueblood with an in-demand pedigree, even if his pedigree could boast enough stamina influences to suggest that classic distances could be within his reach.

But on the track, Signalman has shown steady improvement across five starts. A slow-starting runner-up effort in his debut sprinting five furlongs at Churchill Downs was followed by a flat-out gutsy maiden victory at Saratoga, in which he prevailed by a nose in a three-way battle to the finish line. Then, while making his first start around two turns in the Breeders’ Futurity (gr. I) at Keeneland, Signalman was bumped hard on the final turn while trying to rally through a small opening along the inside, an incident that would have strongly discouraged many two-year-olds. But Signalman? He shrugged off the trouble and re-rallied to finish second.

Signalman’s rising class was reiterated when he rallied from far off the pace to finish a game third in the Breeders’ Cup Juvenile (gr. I) at Churchill Downs, beaten just 3 ¼ lengths by the expected two-year-old champion Game Winner. This race was also another example of Signalman’s remarkable maturity and willingness to run wherever jockey Brian Hernandez, Jr. asks him to go, for Signalman never hesitated while rallying inside and in between horses down the backstretch and around the far turn, instantly diving for narrow openings and making steady progress through a tight field that would have been imposing even for an experienced older horse.

Signalman showed the same tenacious “run through anything” attitude in the Kentucky Jockey Club Stakes (gr. II) last Saturday, when he returned on short rest and made multiple moves inside and in between horses to win by a neck. Never mind that his final time was not particularly fast, nor his margin of victory overly impressive—what’s nothing short of stunning to me is how Signalman has repeatedly shown the ability to start, stop, and start again while bulling his way through tight spots.

Quite simply, I can’t remember the last time I’ve been this impressed by the mental abilities of a two-year-old Derby contender, and if Signalman continues to progress from a physical perspective, we could be looking at a very, very good horse in the making.
Racing