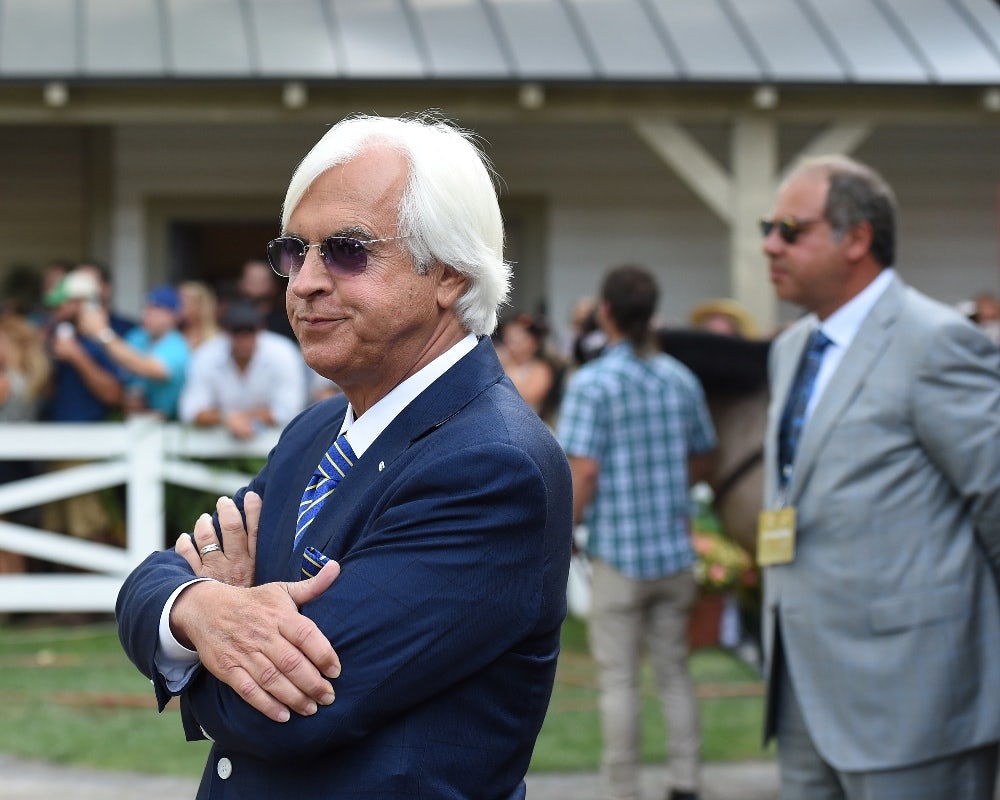 Hall of Fame trainer is the most accomplished trainer of classic horses in North American racing history.

Baffert will seek to equal Jones’ record in 2020, and he is coming armed with an impressive contingent of potential Kentucky Derby contenders. Already Baffert has eight promising 3-year-olds in his barn, and more could be unveiled during the coming months. Remember, Baffert’s 2018 Triple Crown winner Justify didn’t debut until February 18.

Need to get up to speed on all the talent in Baffert’s barn? Here are some names to watch on the Road to the Kentucky Derby.

He pressed the pace, then finished fast to win his debut sprinting 5 1/2 furlongs at Del Mar in November. The son of Into Mischief is bred like a sprinter/miler, but closed at 50-1 in Kentucky Derby Future Wager Pool 1 and is entered in the January 4 Sham Stakes (G3) at Santa Anita.

He produced a big rally from last place to win a one-mile maiden race in December at Los Alamitos by four lengths. Owned by longtime Baffert clients Karl Watson, Mike Pegram and Paul Weitman, this son of 2010 Kentucky Derby winner Super Saver is also entered in the Sham Stakes.

This inexpensive colt finished fourth in his first two runs at Del Mar, then stepped up to beat the capable Special Day going a mile September 8 at Los Alamitos. The bad news is, this son of Conveyance hasn’t posted a timed workout since October 10 and appears to be on the sideline.

A dominant winner of the American Pharoah Stakes (G1), but a disappointment when sixth in the Breeders’ Cup Juvenile (G1), Baffert’s most accomplished colt was bet down to 24-1 in Kentucky Derby Future Wager Pool 1. He is currently enjoying a brief break, with an eye toward returning in the February 9 San Vicente Stakes (G2) at Santa Anita.

The winner of the seven-furlong Bob Hope Stakes (G3), High Velocity set a fast pace in the Los Alamitos Futurity (G2) and weakened to finish third. Stamina is a question mark for this son of Quality Road, but his class is already proven. He closed at 40-1 in Kentucky Derby Future Wager Pool 1 and may try two turns again soon.

He never fired in his debut at Santa Anita, where he finished fourth behind stablemate Thousand Words, but he rebounded sharply at Los Alamitos, with a 2 1/2-length win in six-furlong sprint. There is stamina in this colt’s pedigree—he’s by Twirling Candy, out of a Suave mare.

Sold for just $45,000 as a yearling, Speedy Justice obliterated his rivals in a five-furlong grass sprint November 14 at Del Mar, where he led all the way to win by 7 1/4 lengths. His pedigree leans toward sprinting, and he hasn’t recorded a workout since his debut.

Thousand Words was a gritty winner of his debut at Santa Anita, then he stepped up in class and distance to score a hard-fought victory in the Los Alamitos Futurity (G2). A 34-1 shot in Kentucky Derby Future Wager Pool 1, Thousand Words isn’t afraid to dig down and fight, a positive trait for any Derby contender.
Racing