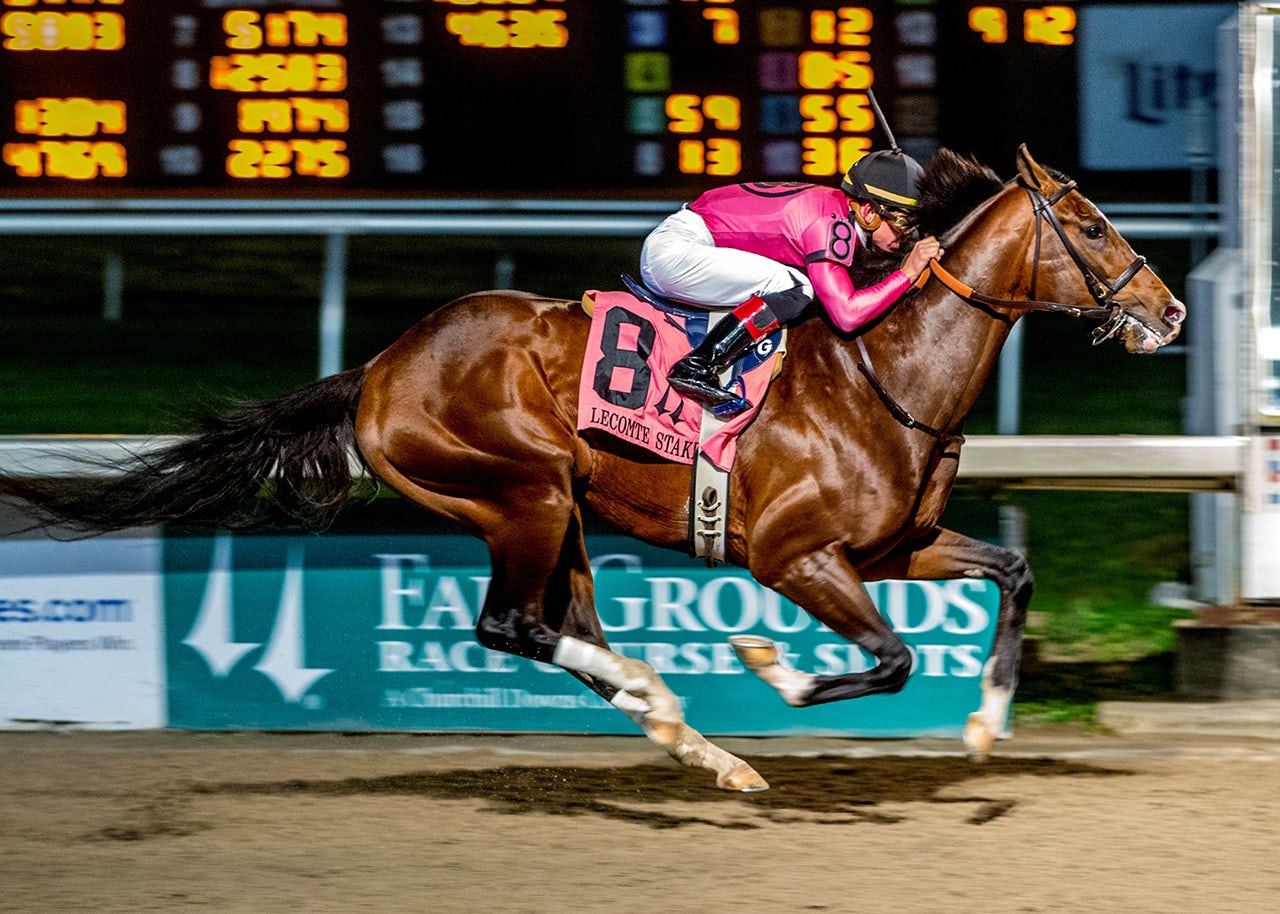 War of Will winning the Lecomte Stakes (Hodges Photo/Fair Grounds)

The Road to the Kentucky Derby is about to get serious.

Bit by bit the stakes will increase and the pressure will build, as dozens of potential Kentucky Derby (G1) candidates are whittled down to just 20—the elite 20 who will enter the Churchill Downs starting gate on the first Saturday in May.

Fasten your seat belts, because it’s going to be a wild ride, with a few new twists. The Road to the Kentucky Derby will look a little different this time around. Need to get up to speed? Here are three changes to keep an eye on.

We’ll have to wait and see whether these distance changes have any impact on the quality of Derby contenders competing at Fair Grounds. In any case, it will shake up year-over-year statistics and make it difficult to compare the Risen Star and Louisiana Derby to other major prep races around the country.

Consistent racing and training schedules are no longer a given at Santa Anita, because of an abundance of caution about racing over wet tracks. Between this and ever-changing rules and regulations stemming from a spike in equine fatalities last winter, many California-based trainers are sending divisions to race at Oaklawn Park in Arkansas this winter.

Among the newcomers are Hall of Fame conditioner Jerry Hollendorfer, a winner of more than 7,000 races, and Doug O’Neill, who won the Kentucky Derby with I’ll Have Another (2012) and Nyquist (2016). Their participation could give a boost to the already competitive Kentucky Derby prep program at Oaklawn, which has produced classic winners Smarty Jones, Afleet Alex, Curlin, Summer Bird, Super Saver, Lookin At Lucky, Oxbow, American Pharoah, Creator and Country House over the last 15 years.

The seven-race European Road to the Kentucky Derby series has been comprised primarily of grass races during its first two seasons, but that won’t be the case in 2020. The Vertem Futurity Trophy (G1), originally scheduled to be run on grass at Doncaster, was postponed because of heavy rain and transferred to the synthetic Tapeta track at Newcastle.

The footing change didn’t seem to make a big difference in the outcome, as Kameko, Innisfree and Year of the Tiger (all previously ranked on the European Road to the Kentucky Derby leaderboard) ran 1-2-3. But with three more synthetic-track races scheduled to take place in 2020, the change to the Futurity Trophy did tip the balance of the overall series in favor of runners with an affinity for artificial racing surfaces.
Racing