A longshot to key with Almond Eye in the Arima Kinen 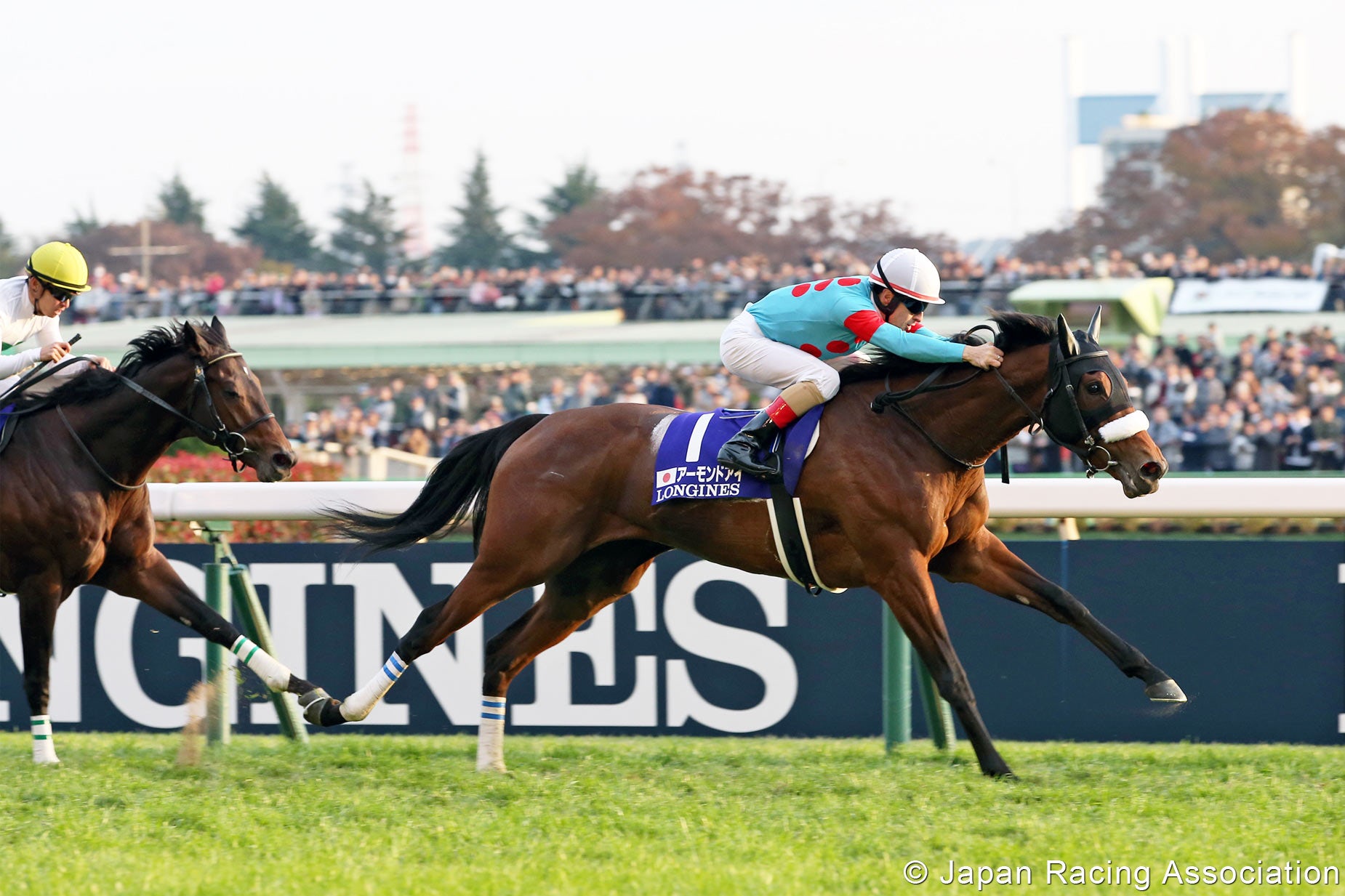 She’s won a Triple Crown and half a dozen grade/group 1 races. She's traveled halfway around the world to beat international opponents. She’s #9 Almond Eye, and on Sunday she’ll head to Nakayama Racecourse in to contest the prestigious $5.6 million Arima Kinen (G1).

While the Japan Cup (G1) tends to receive more international attention, there’s really no disputing the Arima Kinen’s status as Japan’s most glorious race. The field for this 2,500-meter test of speed and stamina is determined in part by fan voting, and the race annually attracts the majority of Japan’s best middle-distance stars.

Almond Eye wasn’t originally supposed to turn up in this spot, but a slight illness caused her to miss a scheduled run in Hong Kong two weeks ago, so her connections rerouted her to the Arima Kinen. In theory this change in plans could leave Almond Eye vulnerable, but the Japan Racing Association reported Almond Eye missed only one day of training, and she might not need her best to beat this field.

When last seen in the 2,000-meter Tenno Sho Autumn (G1) on October 27, Almond Eye had speed to spare and crushed a terrific field by three lengths in the near-record time of 1:56.1. Among her beaten rivals was #2 Suave Richard, who came right back to win the Japan Cup.
With regular rider Christophe Lemaire in the saddle, Almond Eye will be tough to beat in the Arima Kinen. Her sensational turn of foot is her greatest weapon, but she also has tactical speed, as she demonstrated in a record-breaking 2018 Japan Cup victory. How can you beat a filly with the speed to track an honest pace and the stamina to pull away and win in 2:20.6?

The short answer is, you can't. It will be a major upset if anyone takes down Almond Eye in the Arima Kinen, so the best strategy for bettors hoping to cash a nice ticket is to key her on top in the trifecta.

There are plenty of contenders to consider underneath, with Suave Richard the most logical. #6 Lys Gracieux, winner of the Cox Plate (G1) in Australia, and #10 Saturnalia, a classic winner with two group 1 wins under his belt, are others who figure to start at short prices.

One longer shot to consider is #11 Kiseki. A son of three-time Arima Kinen participant Rulership, Kiseki's recent form has been muddied by an excursion to France, where he finished seventh over a testing, rain-soaked course in the Prix de l’Arc de Triomphe (G1).

Last year Kiseki ran a big race to finish second behind Almond Eye in the Japan Cup, and a return to firm going for the Arima Kinen can help Kiseki regain his best form. We'll key him underneath and require him to finish second or third for us to cash a ticket.