Analyzing the Strength of the 2018 Breeders' Cup Juvenile Field 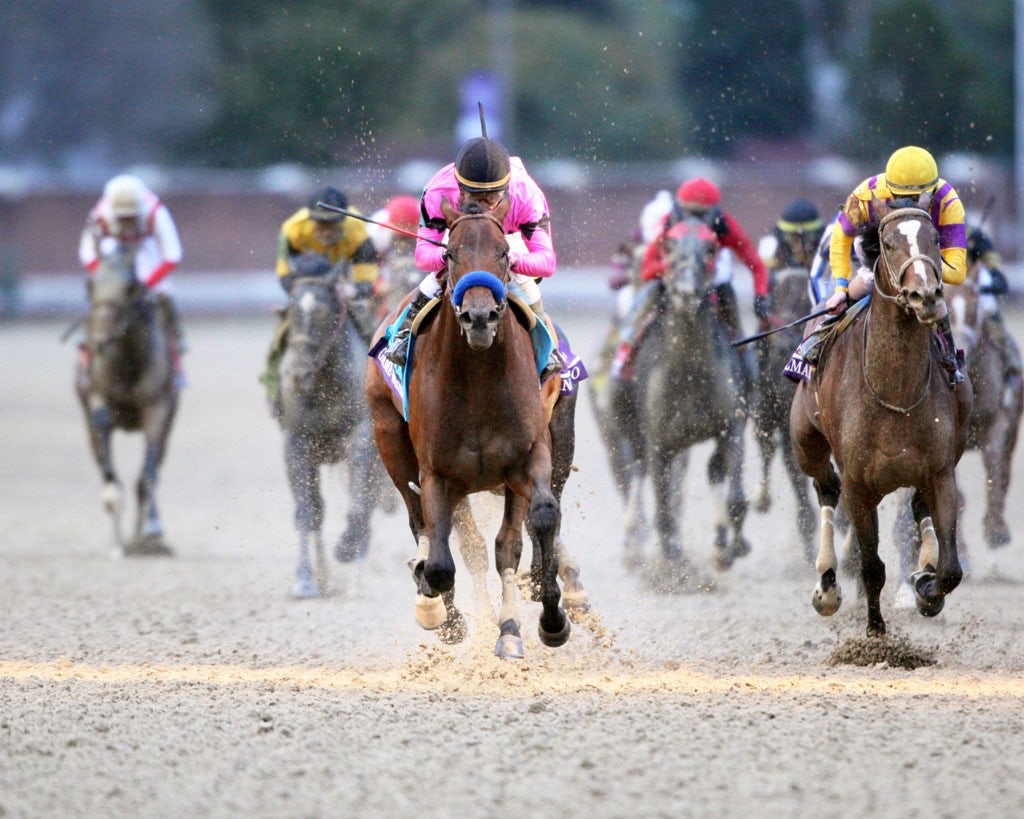 Just over two months have elapsed since thirteen young Kentucky Derby contenders vied for supremacy in the Breeders’ Cup Juvenile (gr. I) at Churchill Downs, giving us time to formulate clearer opinions on the overall strength of the Juvenile field.

So far, eight of the thirteen Juvenile starters have come back to run again, with a mixture of success and disappointment. Let’s take a quick look at how each horse fared in their first post-Breeders’ Cup start:

Knicks Go (2nd in the Juvenile)

Wheeled back in the Kentucky Jockey Club Stakes (gr. II) three weeks later and could only finish eleventh after chasing a fast pace and racing wide.

Tenaciously prevailed in the Kentucky Jockey Club Stakes while posting an 84 Beyer.

Trained steadily for two months after the Breeders’ Cup, then rallied to win the Sham Stakes (gr. III) at Santa Anita with an 82 Beyer.

Endured a severely troubled trip in the Los Alamitos Cash Call Futurity (gr. I) five weeks after the Juvenile and came home fifth of six; he was upgraded to fourth via disqualification.

Waited two months, then contested the Jerome Stakes at Aqueduct and won with an 88 Beyer.

So what are the takeaways? Of the eight Juvenile starters that have run back so far, three have prevailed, with two winning against Grade 3 company and one triumphing in a listed stakes race. The other five faltered significantly; not one managed to even hit the board.

You can argue that a couple had legitimate excuses—Dueling never had a chance with his rough trip in the Los Alamitos Futurity, and Knicks Go may have regressed off his really hard run in the Juvenile—but it’s worth noting that even the three Juvenile starters who won their next starts did so with slow times. On the Beyer speed figure scale, Mind Control ran fastest with an 88; Signalman and Gunmetal Gray arguably benefited from facing fields of questionable quality while posting Beyers of 84 and 82, respectively.

This might not mean much for the Breeders’ Cup Juvenile winner Game Winner, who was much the best at Churchill Downs while overcoming a very wide trip to win clearly in the end. If he’d been able to save more ground, he might have won by half a dozen lengths or so.

However, it could pay to be a bit more skeptical when other Juvenile contestants such as Mr. Money (fourth), Tight Ten (ninth), Complexity (tenth), and Standard Deviation (thirteenth) return to action. Judging from what we’ve seen so far, the championship race at Churchill Downs might not have been the toughest renewal in memory, and up-and-coming runners who shipped the Juvenile might ultimately prove to be classier than their Breeders’ Cup-experienced rivals.
Racing