Baffert, O'Neill Loaded With 2yos for the Del Mar Meet 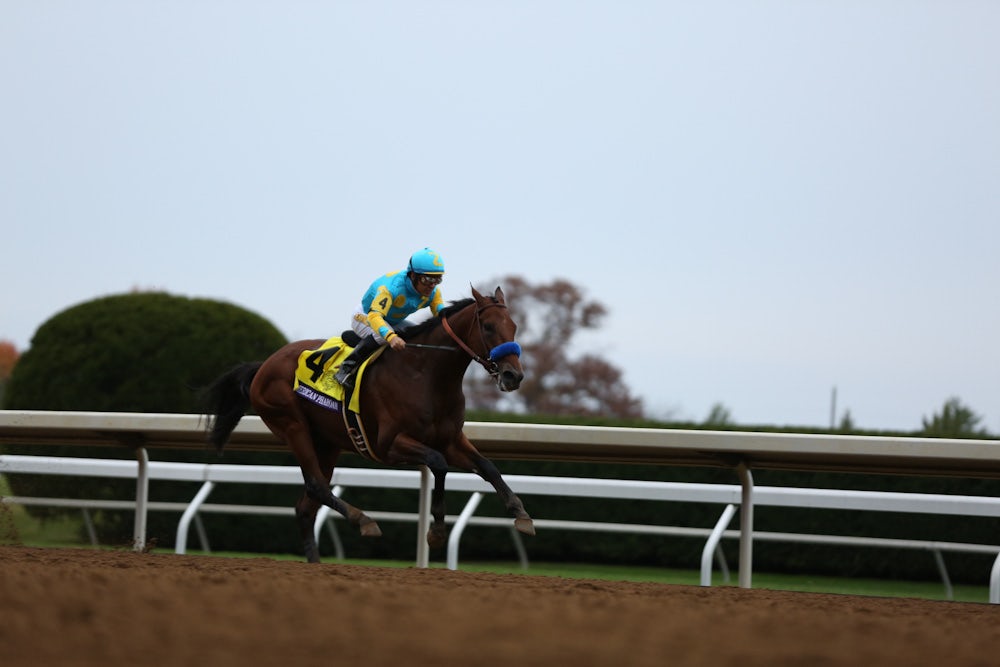 2015 Triple Crown winner American Pharoah is among many recent stars to have raced at Del Mar as a two-year-old. © Breeders' Cup/Tyger Williams 2015

What’s your favorite aspect of the upcoming summer meet at Del Mar?

There’s a lot to like about the prestigious seven-week meet, including the action-packed stakes schedule and the top-notch turf racing. But what gets me the most excited—and I’m sure many will agree—is the excellent program of races for two-year-olds.

Over the last few years, we’ve seen the future Triple Crown race winners I’ll Have Another, California Chrome, American Pharoah, Nyquist, and Exaggerator race at Del Mar during the summer of their juvenile seasons, so keeping an eye on the numerous maiden races and the important stakes races at Del Mar this year is a good way to look for 2019 Kentucky Derby contenders.

So which colts might we see in action this summer? Perhaps none of California’s promising two-year-olds have generated more excited thus far than Instagrand, a son of Into Mischief trained by Jerry Hollendorfer. The colt sold for $1.2 million earlier this year and delivered on those lofty expectations by winning his debut in terrific fashion on June 29th at Los Alamitos, drawing away professionally and with complete authority to win by 10 lengths while stopping the clock for five furlongs in a rapid :56 flat. Even better, he motored the final three furlongs in :33.91 seconds, a fantastic time that suggests we could be looking at a star in the making.

Another Los Alamitos maiden winner to keep an eye on is Owning, who prevailed in a 5 ½-furlong maiden event on July 8th. Trained by Simon Callaghan and owned by Reddam Racing, the gray son of Flashback scored by 2 ½ lengths over Tariq, a well-regarded colt from the barn of two-time Kentucky Derby-winning trainer Doug O’Neill. Tariq, by Into Mischief, sold for $450,000 as a 2yo-in-training, and in the June 23rd, 2018 edition of The Blood-Horse magazine, O’Neill stated he is “very excited about” Tariq.

Other O’Neill runners to watch out for are Toothless Wonder and Occam’s Razor, both maiden winners at Santa Anita; Lebron J, an unraced son of Medaglia d'Oro who sold for $1.2 million earlier this year; and Parsimony and Bizwhacks, who finished second in maiden races at Santa Anita behind Sparky Ville (trained by Jeff Bonde) and Stirred (from the barn of Michael McCarthy). Speaking of McCarthy, he could have a player in Del Mar’s juvenile turf races with Honcho, who recently battled to a narrow win going a mile on grass at Santa Anita.

You can usually count on the two-time Triple Crown-winning trainer Bob Baffert to unleash a future star or two during the Del Mar meet, and one Baffert runner that has caught everyone’s attention is Roadster. Baffert has spoken highly of the unraced son of Quality Road, and the colt reportedly worked five furlongs in a bullet :59 2/5 on July 11th at Santa Anita with Hall of Fame jockey Mike Smith in the saddle. Baffert also has Tangled Union, a $925,000 purchase with four easy workouts at Los Alamitos under his belt

It’s definitely going to be a memorable summer of racing!
Racing