Bankroll Builders for Friday and Saturday at Pimlico 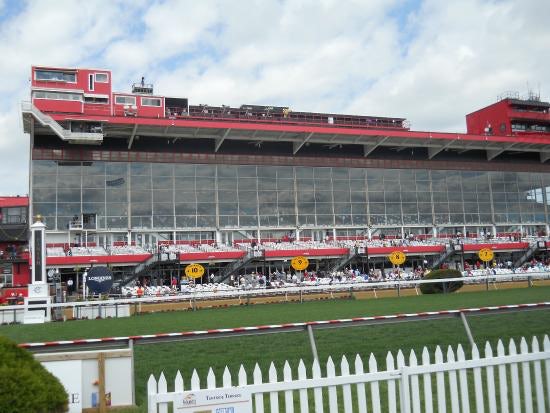 In addition to the plethora of stakes races at during weekend, there are also a number of competitive races on the Friday and Saturday undercard that offer horseplayers a chance to build their bankroll before the graded stakes events get rolling later on in the day.

Here are a few horses I will be wagering on early in hopes of gaining some momentum and extra cash before the more prestigious events later in the card.

The Black-Eyed Susan Day opener is a maiden special weight event contested at six furlongs over the main track. The 5-2-morning line favorite #7 Warrior of Light has hit the board in 3 of 4 starts, but has never finished within four lengths of the winner. Her early zip and underneath finishes are likely to draw a lot of support, but I prefer the chances of a first-time starter that should offer a bit more value.

#2 Holiday Time debuts for low profile conditioner Brittany Trimble off a steady series of drills leading up to her initial try. The daughter of Lemon Drop Kid is out of a Dixieland Band mare that has produced twelve winners, including $232K earner Holiday Runner, $193K earner Smash and more recently $172K earner Fourth of July. This three-year-old is bred to win and appears ready to roll on first asking. With a clean start jockey Sheldon Russell has a strong shot to kick the Friday card off with a winner. Anything near her 5 to 1 price is more than fair.

#1 Autostrade is the clear one to beat in the Saturday opener, but at 6-5 on the line he offers no value for trainer Todd Pletcher. The son of Giant’s Causeway is more than capable of getting to the wire first, but the rail draw and the unknown of how he will perform over an off track make going “all in” on him a risky proposition. I will use him on top along with a few others, but lean on a horse that is a bit better value as a key horse underneath in the exotics.

#7 Hill Shadow has struggled to win races for trainer Robin Graham, but he brings his race every time out. The six-year-old gelding has hit the board in 8 of 9 and has run well in his two tries over an off going. The son of Macho Uno may struggle to get by the last horse, but I see him as a great option for those playing vertical wagers or betting across the board. Jockey Xavier Perez should be able to sit a few lengths off the early pace and pass the majority of this field late.

#7 Forge is listed as the 8-5-morning line choice in this optional claimer at six furlongs as he brings a two-race win streak into Baltimore for trainer Rudy Rodriguez. The son of Harlan’s Holiday put forth a career best 104 BRIS speed rating two-back for former trainer Anthony Quartarolo and then was on the shelf for nearly three months before a two and three-quarter length score against allowance N1X foes at Aqueduct. He is in great form and is the clear one to beat, but 8-5 is too short for me.

I will look to spring the minor upset with #6 Happy Farm. The Sagamore Farm gelding makes his second start of the form cycle after a win in the mud at Laurel on April 27th. His 94 BRIS speed rating sets him up for what should be a career best effort on Saturday. If jockey Steve Hamilton can avoid an early battle on the front end this son of Ghostzapper should have enough late to earn his fifth victory in seven starts.

Let’s get Friday and Saturday started right early and come with a knockout blow late!