How to Bet the Grade 1 H. Allen Jerkens Stakes 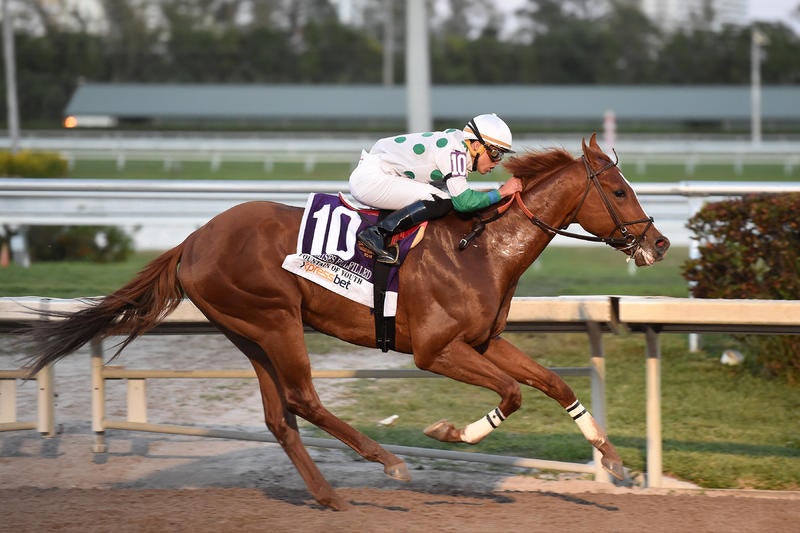 The first graded stakes race on the Travers Day card is the H. Allen Jerkens Stakes (G1.) The event formerly known as the King’s Bishop Stakes is contested at seven furlongs over the main track.

The field is led by the impressive winner of the Dwyer Stakes (G3) #8 Firenze Fire. The son of Poseidon’s Warrior had a strong two-year-old campaign capturing the Sanford (G3) over this surface and the Champagne (G1) at Belmont Park. The Florida bred tried the Derby Trail, but was overmatched on the first Saturday in May. However, it was clear to most from the beginning that the Mr. Amore Stable colt was more of a one-turn type.

After a two-month freshening, put forth the aforementioned career best effort in the Dwyer when he posted a 102 BRIS speed rating in an off the pace clinic under jockey Irad Ortiz, Jr. Trainer Jason Servis has been on a great run and has a huge chance to win this dash over the dirt if his trainee can avoid regression off of the nine-length romp at Belmont Park.

The top two finishers from the Amsterdam Stakes (G3) also are major players in the H/ Allen Jerkens on Saturday afternoon.

#1 Promises Fulfilled makes his second start of the summer after dueling under hot fractions early and having plenty left late en route to a 3 ¼ length score in the six-and-a-half-furlong event. Like Firenze Fire, the son of Shackleford was a part of the “Road to the Kentucky Derby” and even won a major prep when he went wire to wire in the Fountain of Youth (G2) at Gulfstream Park.

set the pace in the Florida Derby (G1) and the Kentucky Derby presented by Woodford Reserve (G1) but tired badly in both so trainer Dale Romans opted to cut him back to one turn. He dueled early in the Woody Stephens (G2) at Belmont Park and he held on for third before his ultra-impressive effort last time out. He is all but certain to be sent hard from the gates given the inside draw on Saturday. He is a serious sprinter.

#3 Engage has posted consecutive triple digit BRIS speed ratings, but has been unable to get to the wire first in either try for leading trainer . The $550,000 OBS March 2017 purchase has progressed nicely over his career and merits respect, but I am slightly concerned with the fact that he has not been able to take advantage of clean trips with honest paces in front of him in his two most recent tries. He makes for a strong underneath key on Saturday afternoon.

#7 Still Having Fun races for the first time since running down the likes of Engage and Promised Fulfilled in the Woody Stephens. That effort was extremely impressive and hard to overlook, but he did get a dream setup when they went 21.2 and 43.3 early on. With a more moderate pace likely in Saturday’s H. Allen Jerkens, he probably will not run by them all, but he still should be running on late under jockey Joel Rosario.

#2 Telekinesis is a wild card contender coming in from Canada for trainer Mark Casse. The Ontario bred has proven form over the dirt, including a head defeat in the Lexington (G3) at Keeneland in April and could be in a perfect spot on the turnback from route to a sprint. That being said it is hard to put much trust in any runner from this barn given their 2 for 46 record at the time this article was written.

In addition to Promises Fulfilled, Dale Romans also sends out #5 Seven Trumpets. The son of Morning Line’s lone victory of 2018 came in a race washed off the turf on May 31st at Churchill Downs, but he has the right running style to save ground early and pick up the pieces late. You could do worse than including him underneath in the exotics. Regular rider Robby Albarado will be onboard.

Firenze Fire and Promises Fulfilled are the likeliest winners in the H. Allen Jerkens, but they also could regress significantly off of career best efforts last time out. I will include them on top, but also use others that could be sitting on a big race on Saturday.

Instead of keying a horse on top I will lean on Engage underneath in the exotics. The Woodford Racing colt should find another comfortable spot early and run his race, but I expect there to be one or two better than him in the end.