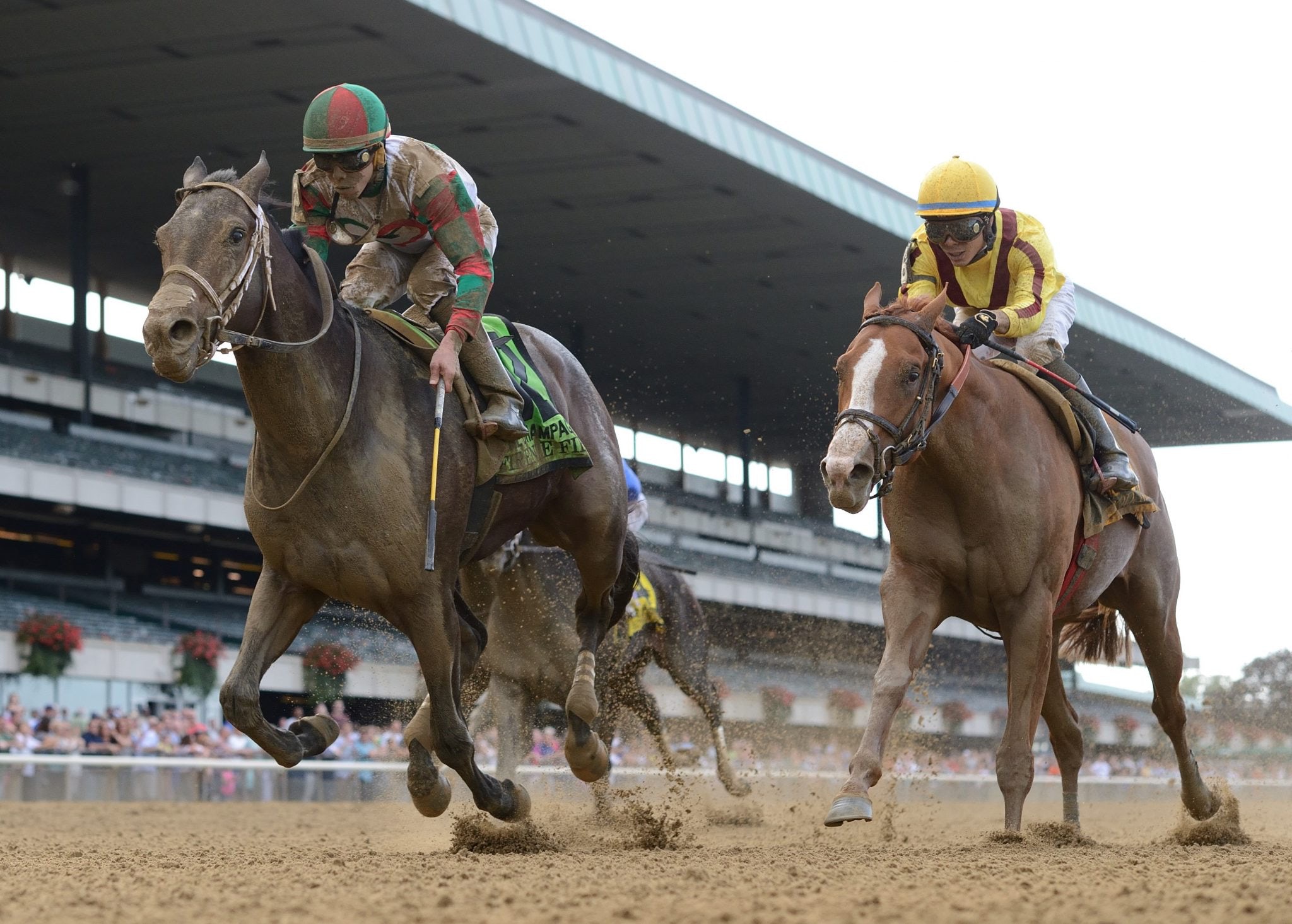 Firenze Fire (left) and Good Magic are both in the conversation about potential 2018 Kentucky Derby prospects. Photo: Coglianese Photos.

Before the Breeders’ Cup Juvenile, it seemed clear that Bolt d’Oro was not only going to win, he’d be a clear favorite for the 2018 Kentucky Derby.

Now, with the race run and Bolt d’Oro finishing third, it’s not so obvious.

Bolt d’Oro (Medaglia d’Oro) may have been suffering for his huge FrontRunner Stakes (G1) performance, and with his wide gate and extremely wide passage around both turns, he had a monumental task. He should not be discounted as a Derby contender by any means on the basis of his Breeders’ Cup run, and his breeding suggests it’s possible he’ll stay 1 ¼ miles.

Good Magic (Curlin) may not have won before the Juvenile, but he ran solidly for second behind Firenze Fire in the Champagne Stakes (G1), and you couldn’t help but be impressed by the manner of his victory. Given that he’s by Curlin out of a Hard Spun mare, he’s got a very good chance of staying 1 ¼ miles.

The rest of the Juvenile field was a long way behind the top three. It’s possible they just didn’t run their race, so don’t discount the likes of Free Drop Billy and Firenze Fire until at least their next run.

One other horse put his name forward for the Derby at Del Mar. Mendelssohn took the Breeders’ Cup Juvenile Turf in some style, getting out quickly, sitting in behind the pace, and accelerating away in the stretch like a good horse.

Despite never having run off the turf, trainer Aidan O’Brien said the Kentucky Derby may be his spring 3-year-old target. Given that the $3 million Keeneland September yearling purchase is a half-brother to Beholder and Into Mischief, he should handle dirt. Even though his sire Scat Daddy may be better-known in the northern hemisphere for producing sprinters, his stallion career shows he can get 1 ¼ mile horses.

What about horses that weren’t at Del Mar? Chances are the horses leading the European Road to the Kentucky Derby series – Saxon Warrior, Roaring Lion, and Happily – won’t be aiming at Churchill Downs. But Hopeful Stakes (G1) winner Sporting Chance, kept out of the Juvenile by injury, and Nashua Stakes (G2) winner Avery Island deserve attention.

Two October winners at Belmont Park worth a look are Engage (Into Mischief), who showed great acceleration to win the Belmont Futurity (G3), and Montauk (Medaglia d’Oro), an 11-length winner of his maiden. Montauk looks more likely to stay 1 ¼ miles on pedigree, but Engage has enough talent to suggest he should be monitored.

Basically, it’s still very open, and it will be by the time the first Kentucky Derby Future Wager is launched in late November. There will be some good odds available.
Racing